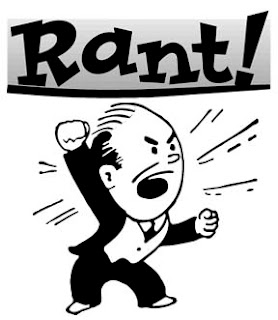 Now if I said there is a big difference between playing the RPGs and 40K you would say "well, duh"  But I don't mean they are different types of games.  I find the biggest difference between these experiences was two of them were fun.... what to guess which ones.  I will give you a hint.  Neither of the fun ones involved an army.

Now I am not saying that 40k is not fun.  I would not play it if I didn't enjoy playing it.  It is just that the tournament scene at my FLGS has turned into a group of competitive players that would rather argue than crack a smile.

Sure, when the games were over they would talk to you about tactics, painting, rumors, and whether or not the new flyer are worth their points. The only exception was in my second game.  He was very nice and could at least laugh at my sorry attempt to bring down his Ven Dread.  I think we were in combat for 4 rounds and in the end I had taken both arms off and immobilized it. Curse you Dice Gods!!!

Let's go over my games.  Game one I faced an ork foot list.  Usually ork guys are fun.  They crack jokes, they have kooky conversions, and lets face it orks are just about going forward and shooting and fighting.  I had 3 battlewagons because I don't trust trucks. they still blow up and kill some boys but at least I don't have to move a ton of models at the start of the game.  I have nothing against an all foot list of boys, heck I have run it a bunch of times. So I don't mind playing  against a guy that has to move that many guys.

His movement was not the problem.  It was his rolling.  I understand not wanting to roll 30 dice in one go but when you have 30 or more saves to make and then 15 or so feel no pain saves from then you should do it in bigger batches than 2 dice at a time.  by the time we got to turn 3 there was like 30- 40 min left in the game time and at the shop they play dice down. So my first game was over with only playing 2 rounds.  He killed a wagon and a squad of boys.  I killed one of his squads.  I figured that I lost but he had Ghaz and the kommandos in reserve still so I won..... Sure for the score board it was a win but it was not fun.  The guy dragged everything out.  Complained about how his list was bad and could not even crack a smile.

Game two pitted me against grey knights.  The only thing that made me happy was no purifiers. He did have a pally squad and a termy squad though.... I do not like termies :)  This game went all the way to turn seven so at least we went fast.  The fist couple of rounds I chased after his Land Raider hoping to get it to empty out its cargo. Like I said earlier this guy was very nice.  I tried to makes some jokes with him and at least he smiled.

My dice were pretty hot of this game (unless you counted the pen rolls on the dread.)  One of my rollas took out his storm raven.  It was glorious :) The burna bomber killed 4 strike squad members and the 30 strong ard boys with warboss took held their own against 5 pallies and a libby.  It didn't help that he failed some wounds done by the ard boys.  Those 1's hurt no matter what your save is.  In the end,  I tried to contest the objective his pallies were on with the bomber but his hammer decided it was not a good idea.  This was the best game of the day.  A nice opponent and some heroic actions.  If we went to a turn 8 it could have been anyone's game.  No fighting, no arguing just a decent game.

The last game was against a blood angel's army. He reserved everything so I castled.  In hind sight I should have castled a bit closer to the edge but they say hindsight is always 20/20.  So with nothing to target I just sat there waiting for the sky to start raining angels. I had no idea that something could assault out of of deep strike (besides Zagstruck). That alone blew my mind. I can imagine him now all giddy inside since on my turn 2 I actually said, "Since you can't assault out of deep strike, I am done.  After he rolled for reserves the first thing he says is that the vanguard vets get to assault out of a deep strike very smuggly. GAHHHH I know this is my fault for not knowing his rules.  Needless to say he blew up 2 wagons, my plane and a rocket buggy.

Next thing that urked me was his abuse of the rage rule.  Now if I had that rule and I needed to move my dread towards the nearest enemy I would take my model and move it in the most direct way possible to the closest enemy.  This is not what he did.  Sure he moved it in the general dirrection of the nearest enemy but he did so in an angle that made my boys squad now closer so he could assault them.   After my earlier mistake and the the rest of the day I was not in the mood to even fight this decision.

I was prepared to just let the blood talon thing rip through my troops.  I was suprised when it only killed 7.  (Woot)  I then took off one of the talons and was extra happy since it stops the murdering maddness.  He tried to dispute that until he read the codex.  I wonder how many people he screwed "forgetting" that rule.
Speaking of rules he made me look up and show him that I could call my Waaaaaggghh anytime during my shooting phase.  Not a big deal but when 3 people tell him that I could (not that I ever did) he still insisted I look it up.  I did and I read him the rule and set down my codex so I could continue to play and he said he wanted to read it for himself.  LOL  Like I made up what I just read to him.

Over all I came in 6th out of 12.  not that it matters.  I want to thank Bill, Jeff and Ryan for hanging out so at least some people would joke around with me.  I think I will skip tournies for a while.  Maybe come in and have a friendly game where we can make fun of our mistakes and then go grab a beer afterwards.  It just seems a waste to come and play 3 games and to only see some one smile at you after they "gotcha"

I appologize to my opponent of the second game. You seemed to be a good guy and our game is the only good thing that came out of this tourney. I wish you would come out on thursdays and play when the games a more relaxed and IMHO more fun.