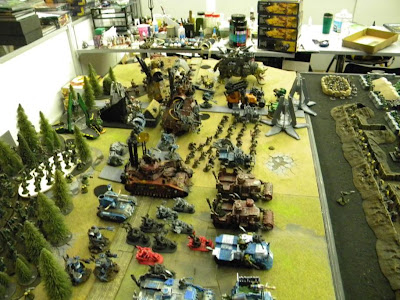 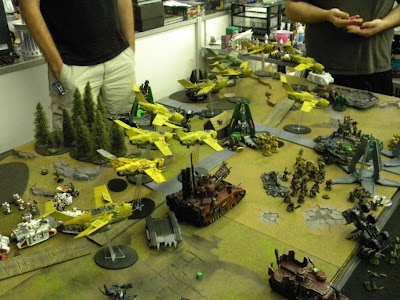 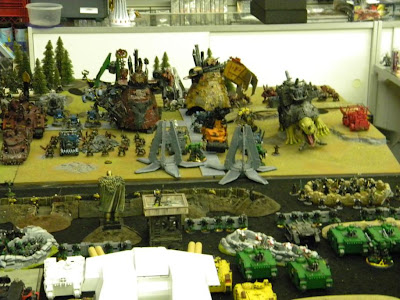 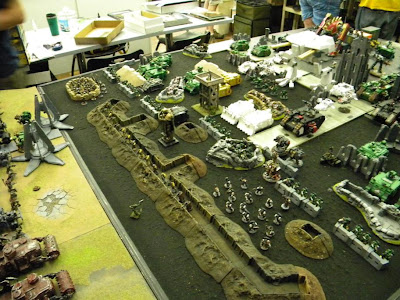 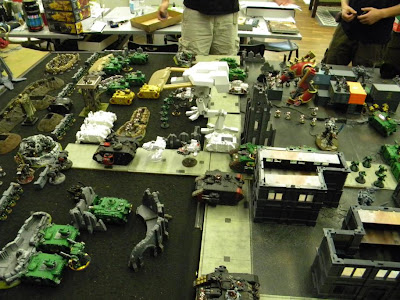 On a separate board was a defense laser. This was orks vs Sisters.  the one catch was the orks had to walk on.  The problem was it it immposible for 5000+ orks to walk on the short edge of board.  Especially when most of the edge was blocked by difficult terrain. Also the sisters were ready to pounce and bog down the first wave so they had no room to move forward to make room for the second wave. 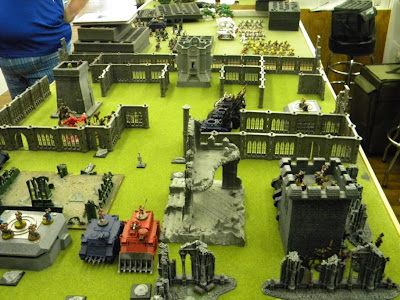 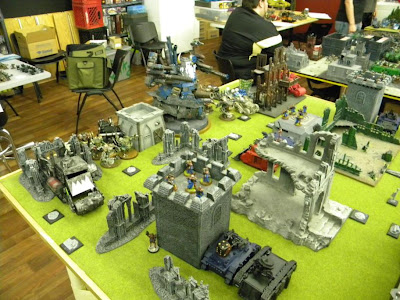 The last board was a zone mortalis rules board.  Due to the Queen's diamond jubilee the Forge World was delayed so we used a few space hulk tiles to make up that board.  This board pitted the orks vs the grey knights with a few iron fist terminators entering into the battle later in the game. 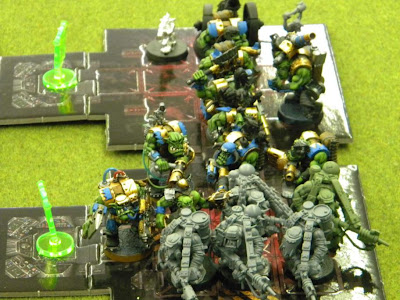 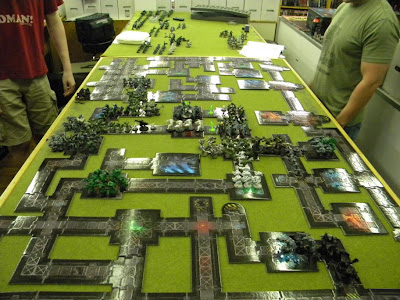 A big thanks to Fantasy books and Games for hosting and thanks to Ben for letting me borrow his Kustom Stompa (the blue and silver one). A link to more pictures can be found here

Well that is all for today.  Happy Monday Everybody!!