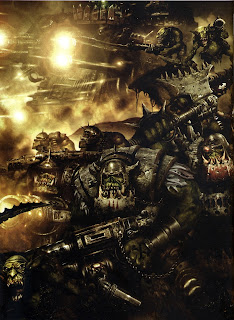 Thursday is here and that means it is time for another league play list.  Although I was never given confirmation about being a defender this week I am pretty sure I will be.  If not, this list will be fun to play either way.  Here is what I got.

Oh noes!! is it another net spam list?  Sigh, I am guilty as charged.  This will be probably the only time I will use this list but I want to see how 100 boyz will defend my fort.  For variety I could have dropped a group of boyz a wagon and some cans and added some nobz, some big guns and maybe some koptas . I love koptas!! I wish I could have a big Skwadron of them . 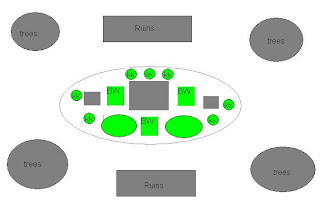 The big problem I see with this defense is that the battle wagons can/will be flanked easilyand I don’t have a lot to handle termies.  A deathwing army or draigo army could wreck my day.

I will put the mek in my center bastion giving a lot of cover for the Kans, wagons and boys.  Zag will come in as usual from reserves but this time he comes in on a 3+ turn 1 wooohoo!  3 of the boyz will hop into the battle wagons while the rest spread out to get ready for the assault.

With 3 objectives can bring 3 quad guns or laser cannons.  I will take the twin-linked quads since they are BS 3 though I only have models for 2 of them.  I will add a battle cannon to my main bunker for 2 stratgems points and then, with the third point, I will take some trenches for my boyz to weather the firestorm.  D6+3 large blasts can be scary for boyz in the open.

I plan on taking pictures and writing up a report for tomorrow.   Win or lose I am pretty sure I will have a good time rollin the dice ^_^

and for a bit of news..  GW has taken to long for me to produce some wraiths.  One of my favorite independent modellers has brought out theirs.  thank you Puppets War 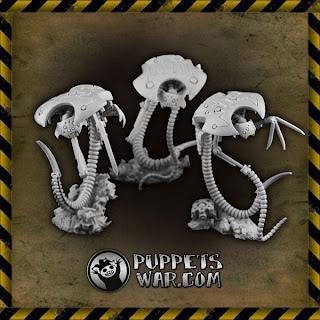