I played a tyranid list this week.  Going into the game I was worried about the match up.  I was setup expecting a 3+ army so when I had all those defensive walls and saw his hordes I was not feeling good.you can find my list here: Ork List


I set up with the lootas in the left bastion and the big guns in the right one. 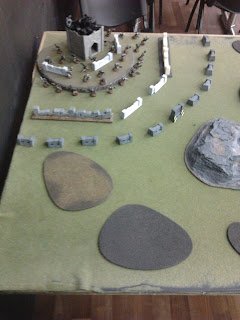 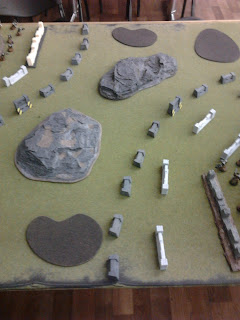 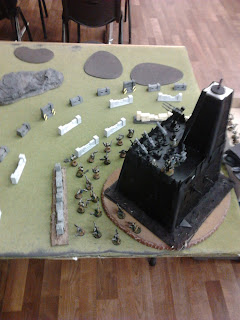 He took the stragtem that gives you 2D6 firestorm drops and he rolled a 5 giving him 7 drops.  He killed 1 boy from my Boys around the right bastion and 5 from the boys around the left one.

Nids
He gets one Zonathrope, his Ymgarl, Genestealer A, one squad of guants and his hive guard in. they surround my last bastions blowing it up killing 7 lootas,who run off the table and several boys.  His hive guard and guants kill enough of my boys to pull them out of assault range of genestealer A. So he assaulted them with the guants. He killed a couple of orks while the orks killed several Gaunts. 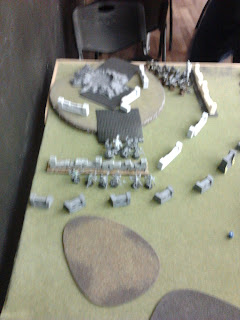 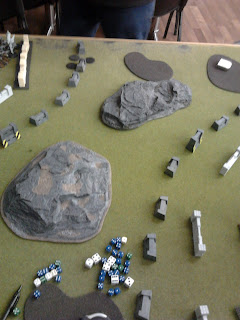 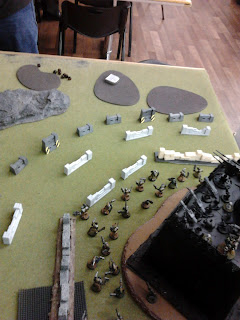 Orks
All my reserves came in.  The Red Wagon with the warboss and some boys came in on my edge and the black Battle wagon with my shootas came in on his along with my koptas . While the Vulcha boys drifted into the dangerous terrain killing 5.  The black battle wagon ran over his guard wounding 1. While the koptas tried to line up some shots on the hiveguard.  The big guns have no target so just sit there.  The boys finish off the guants. 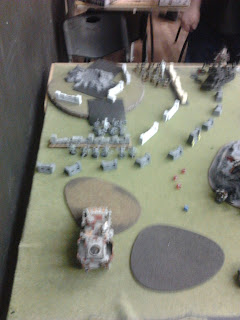 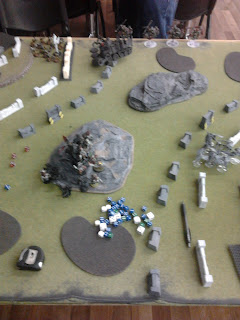 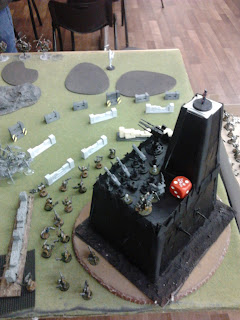 Nids
This turn he gets his gargoyles, Genestealer C his prime and his second Zonathrope in.  The genestealr came in by the right bastion and gets closer to my boys. He moves Genestealer A closer to my boys, his ymgarls toward my red battlewagon and his hive guard toward my boys that are fighting his gaunts.    Zonathope A fails his psychic test, and his prime kills one kopta. He then immobizes and stuns my Black Battlewagon.  He fails to assault my boys with his genestealers and illegally assaults ( I didn’t catch it then sigh) my boys with his hive guard. The Ymgarl assault my red battlewagon and blows it up killing 8 boys. His Prime assault the koptas and wipes them out. While on the right side he kills a few bows and I kill 2 genestealers.


Orks
The shootas disembarks from the wagon and the warboss gear up to assault his ymgarls.  The stormboys move toward his gargoyles.  The shootas wound a warrior while the big guns kill Zonathrope B.  During the assaults my shootas go after the Warriors killing 2 and losing 8 in total, the stormboys assault the gargoyles  and wipe them out. The Warboss kill the Ymgarl and the boys on the left kill the hive guard and the boys on the right kill the genestealers. 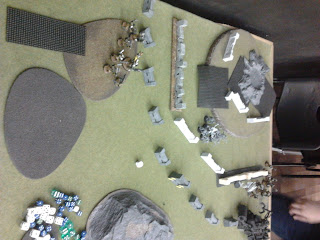 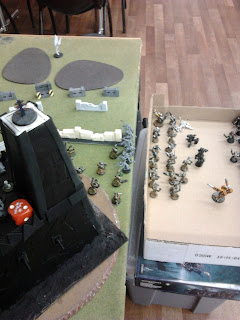 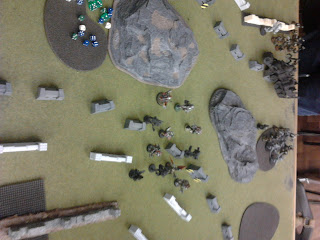 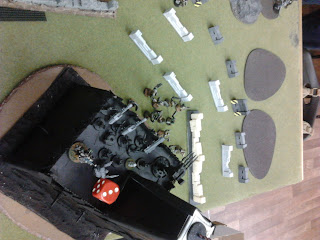 Orks
All I had left was a small group of boys and my big guns. The Guns puts 2 wounds on the trygon while my boys assault it and put 2 more wounds on it before breaking and getting overrun.

Nids
He assaults my bastions with his trygon destroying 3 guns and shaking it.  My big guns hoped to put the final wound on his trygon to allow me to hold my last objective by assaulting it.  I got 2 wounds on it but it saved both and then the grots broke tabling me.
It was a rough game but enjoyable.  Looking back I don’t think my orks are made for the crossfire setup.  On turn one have my guys had nothing to do.  If I had castled up in the center my guys would be able to team up and shoot at targets.  The Koptas were useless this game.   Lesson learned.
Posted by Grenn Dal at 9:10 AM