Greetings all! Evidently, it's an Armiger type month, and Grendal's Armiger painting convinced me to want to paint up the guy I've been sitting on for a while. Gotta say, the model is a joy to paint up, nice simple areas. I've made a bit of a diorama of this, and I know the base is bigger than 'allowed', but Rule of Cool, so there. 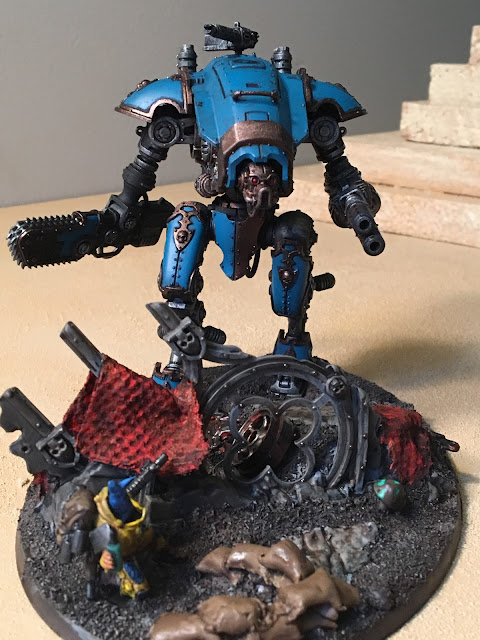 Brief: In the recent disturbances in the industrial planet's primary manufactorums, an Armiger linked to House Graia advances through the rubble, hunting for rebel light armor. In this drone capture, we can see an enemy insurgent preparing to ambush the walker. Results of insurgent attack are unknown, drone was downed immediately following this capture link. What follows are previous shots of the walker and street conditions. 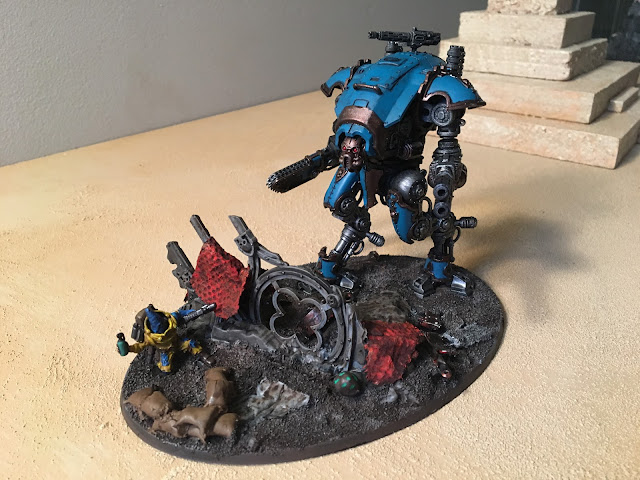 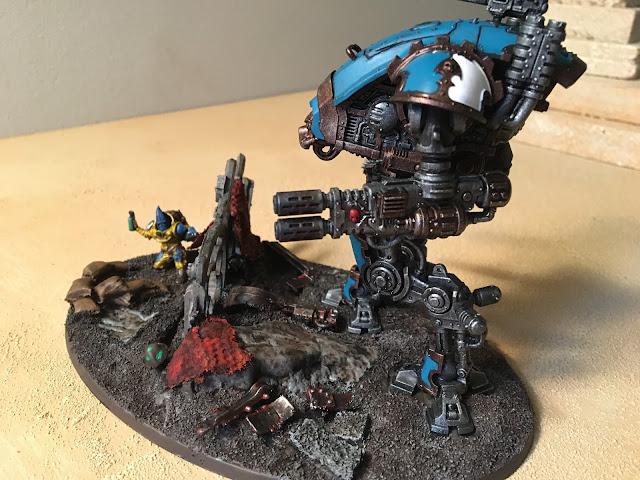 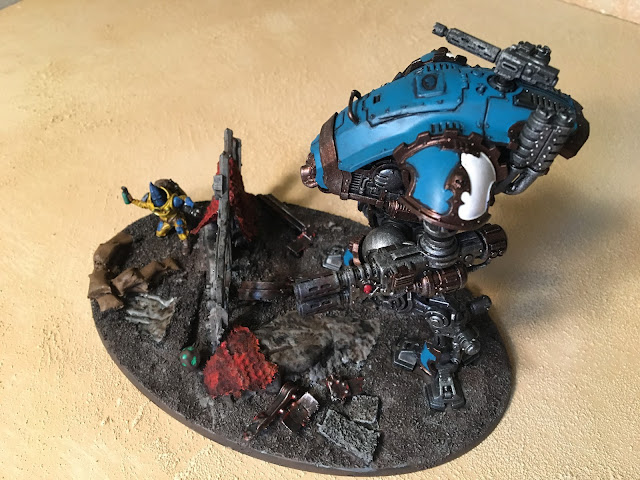 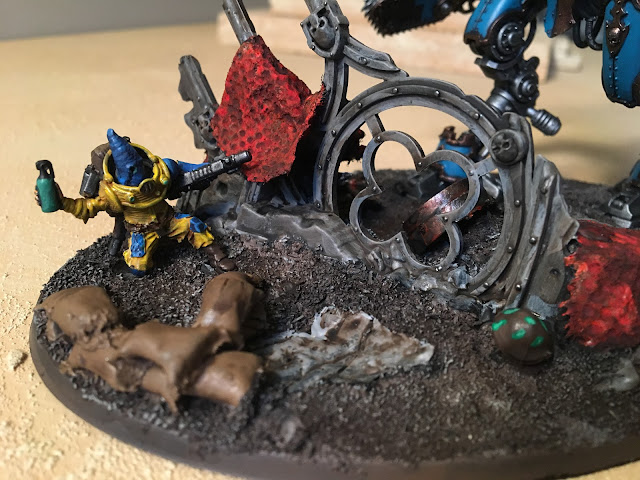 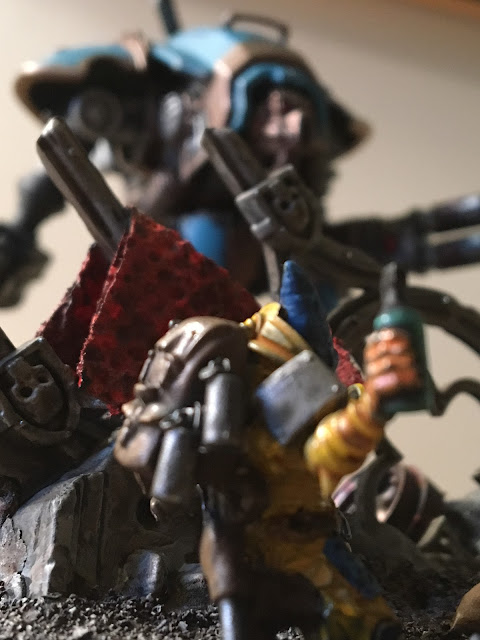 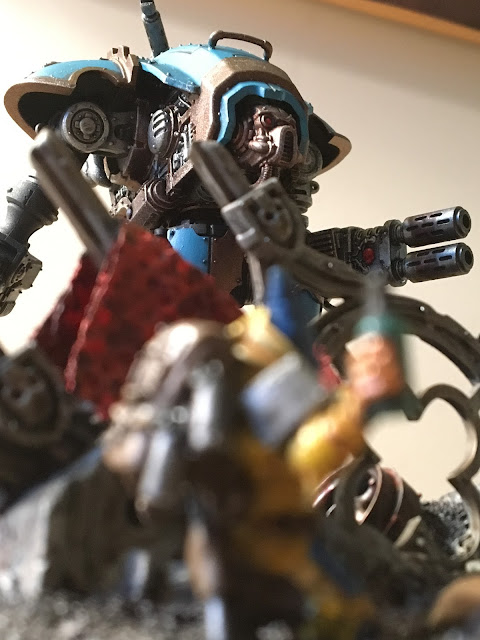 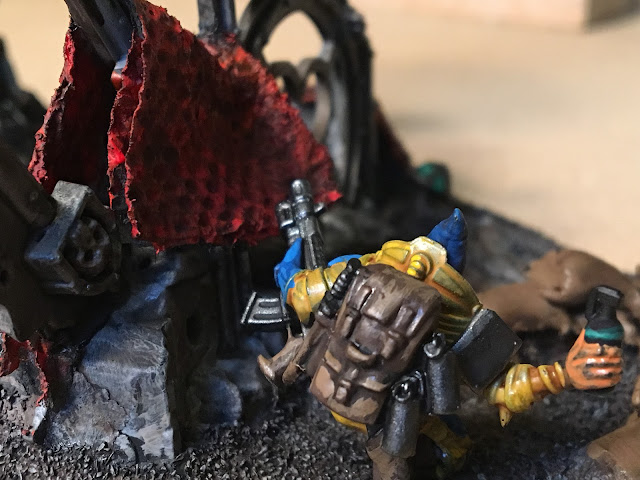 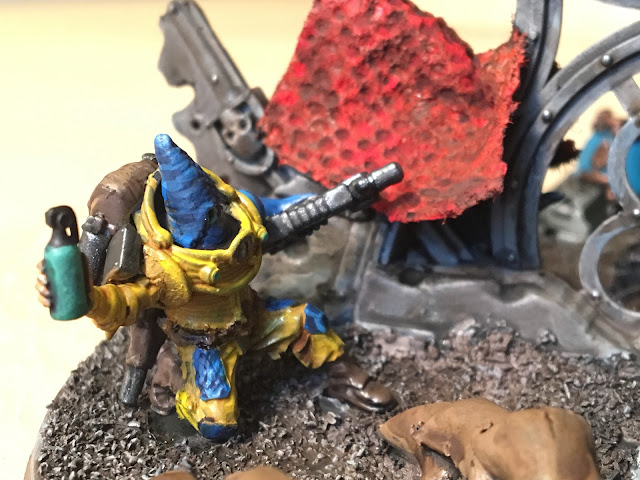 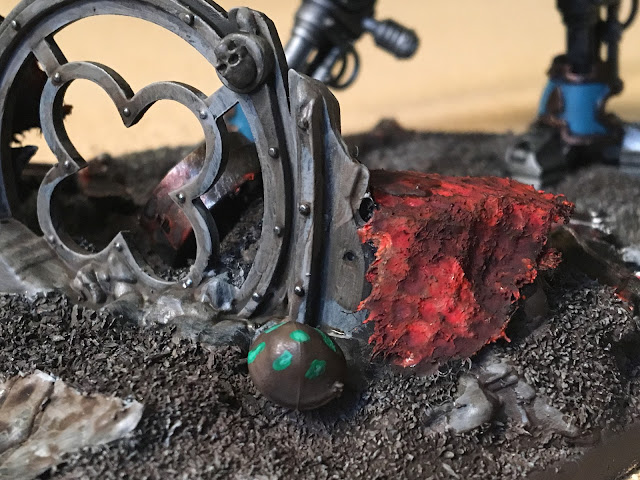 Arcadian Intelligence Update: Local fauna seems to thrive in the inner-city warzone - the Popli Fungi seems to find a home amongst many destroyed buildings. Officio Biologis is still debating about why such fungi are thriving while other forms of fauna remain unsuccessful in the city. 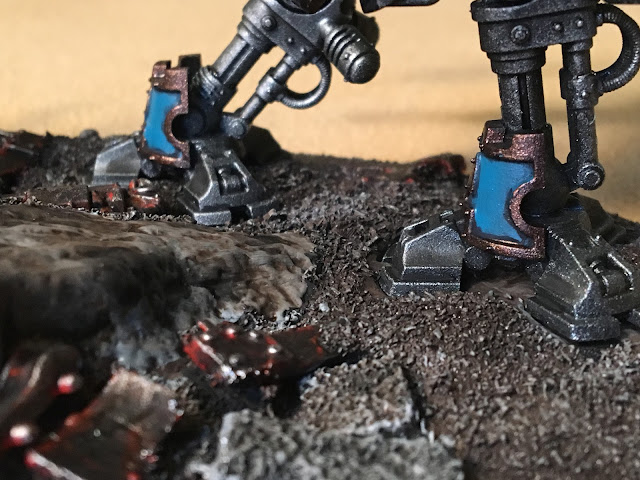 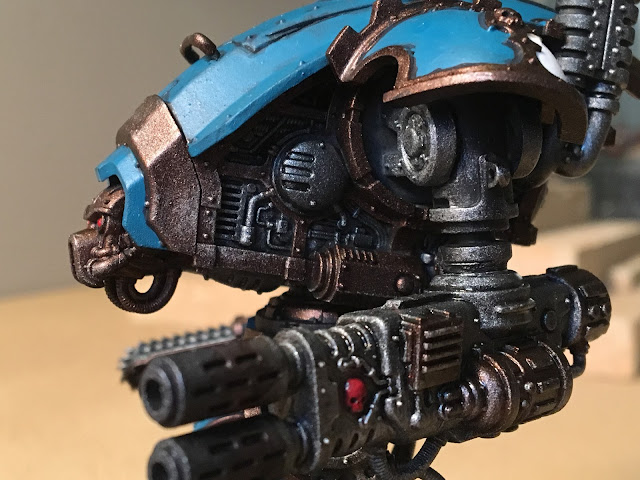 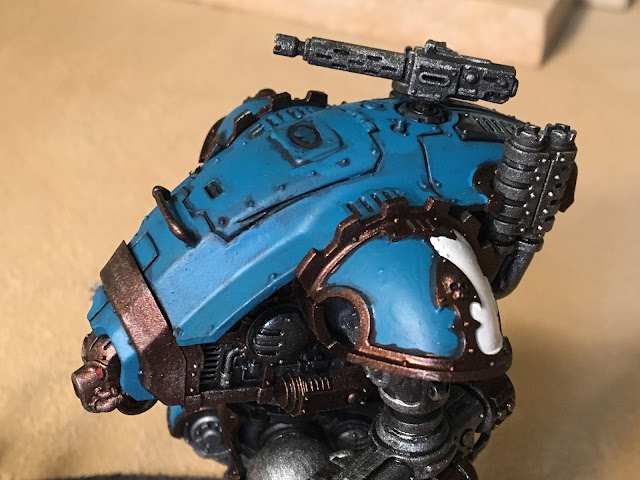 Do you have additional queries? Y/N???_