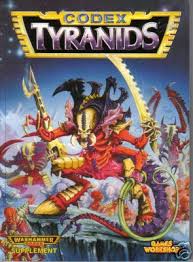 The guys over on Warhammer Community Have another preview of the upcoming Tyranid Codex. In this preview they talk about a new HQ choice, some warlord traits and some bio-artefacts. 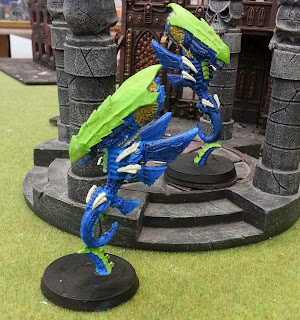 First up is the Neurothrope.  He used to be an upgrade to the Zoanathropes but now he is a unit all on his own.  They say he is a cheap choice to fill your HQ slot. This might be helpful if you are trying to run a few detachments to mix and match your hive fleets.  While they say it is like having the Doom of Malan'tai back, I beg to differ. 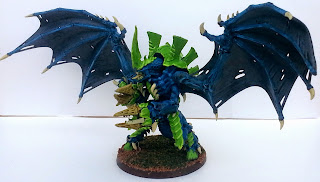 They also talk about the buffs the Tyrant.  First up they have given him a 4++ invulnerable save. That is pretty big. They also upgraded the Toughness to 7 which changes the rolls needed to wound for S6 or S7 weapons. There is a lot of S6 and S7 out there so it is another boost.  Finally I noticed that he now has 12 wounds instead of 10.  all of these things are nice additions and may convince me to put them back into the army. They mentioned a few bio-artefacts: the Balethorn Cannon, the slimer maggot infestation, Hyper-adaptive biology and the Miasma cannon.  The three weapons replace options the hive tyrant can take while the forth will help you warlord live a bit longer.  While not game breaking they are pretty effective.

The Miasma Cannon replaces a heavy venom cannon and is a call back from the last edition.  It is now D3 shots S9 AP-2  D3 and wounds non vehicles on a 2+.  They also add it hits automatically if the target is within 8".  So it still has its flamer profile.  The sad thing is it is only D3 shots. I would be okay with a straight 3 but I guess beggars cant be choosers.

The slimer maggot infestation are 24" 6 shot S7 AP-1 D1 with the bonus of re-rolling failed wound rolls. So if you want to have the slimer maggot deathspitters it is not a bad choice for your artefact.

Hyper-Addaptive Biology is for the Gorgon fleet only.  This artefact adds one to its toughness value after a phase where it suffered a wound.  This could bring your tyrant up to T8 if it survives a round of being wounded.  This might be a good time for a perils of the warp early in the game.

The last one is the balethorn cannon.  This 36" range D6 shots S7 ap -1 D2 gun replaces a stranglethorn cannon. The added abilities for this one are +! to hit if the unit has 10 or more models and invulnerable saves can not be used.  With AP -1, the only thing  that takes advantage of this is when fighting Daemons.  Most of the time armor -1 is equal to or greater than the invulnerable saves.    I will probably not use this artefact.

They have given us a couple of warlord traits to whet out whistle with. The first is the Kronos's Soul Hunger trait.  This inflicts D3 wounds on a psyker who is within 18" of my warlord and fails a psychic test.   Playing the few games I have psychic tests are not failed often.  Most of the time the test is passed and I take wounds.

Another trait is Adaptive Biology.  This is like the hyper-adaptive biology where it is activated after a wound but this time it reduces incoming damage by 1 to a minimum of 1. This will help you last longer on the battlefield but I am eager to see what else is in store for us. 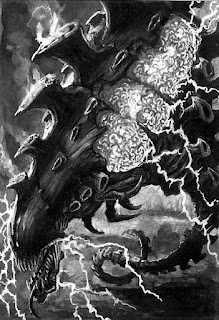 The last tidbit I saw was a change to psychic scream. It is like a second smite with a bonus of having a chance for a psyker losing a spell while not haveing the bonus of doing D6 damage on a roll of 11 or 12.  It is a decent spell and one I will probably use on some of my 2 power psykers.  mortal wounds are key.

Well that is all for today.  Tomorrow they said they were going to cover stratagems.  Should be interesting.