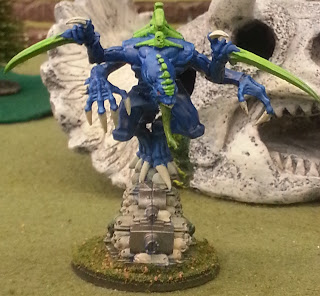 So the team over at Warhammer Community have a preview for the hive fleet adaptations. I am going to try to keep ups on these preview giving out my opinion of all of these.

So these adaptations are the tyranid's faction rules.  There are seven different fleets.  I will go over each one and give you guys my ideas on when it would be useful. 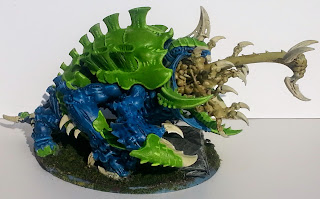 This is useful when trying to get those deepstrike charges of 9" off.  While they say it guarantees the charge, as an ork player I know that a re-roll does not guarantee a 4" charge let alone a 9" one.

Questing Tendrils: When advancing during the movement phase roll 3 dice and pick the highest to add to the move characteristic.  Units can fall back and charge in the same turn.

This will be a good trait for the genestealers.  If the can still advance and charge this will help them advance as far as possible up the board and will also let them disengage  and let my shooting guys clean up their leftovers as they seek out another target.  A patrol Kraken Detachment might be in order. 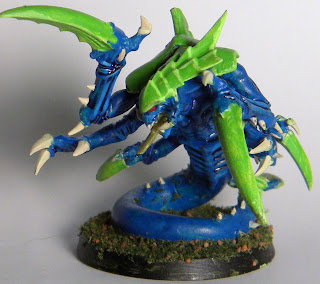 Synaptic Imperative: Ignore wounds on a 6 if the unit is within 6" of a synapse creature.

Anyway of making the hive more resilient is a bonus.  I am not sure if it beats out the other hive adaptations.

*edit this was changed after I read it*
Adaptive Toxins:Re-roll wounds in the fight phase.

Tunnel Networks: Units have the benefit of cover unless they advance or have the Fly keyword.

Once again giving durability to the hive is a good thing.  I think this will help my firebase stay on the battlefield.  Having cover is pretty nice unless you are fighting a faction that ignores cover.  I know cover was harder to come by this edition but this is one hive fleet I am interested in. 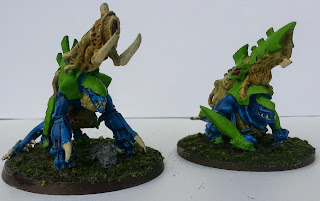 Swarming Instincts: Re-roll hits in the fight phase if the unit contains fewer models than the unit.


*edit to align wit hthe change on the preview*
Like the Gorgon adaptation this will help units in the fight phase. While getting another chance to wound re-rolling hits will give you a better chance to get those wound rolls.  This will help those units wit ha WS of 4+ or worse.  This will help out the gaunts and gargoyles.

Bio-Barrage: Re-rolls 1 to hit in the shooting phase if they don't move.
Seeing the exocrines don't like to move this might be a great adaptation for them. I am going to have to try out a few different armies to figure out which will be the best option for them. 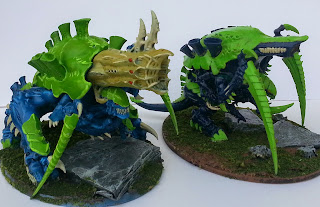 So there are a few options out there for me to figure out my army.  I like the Kraken for my forward forces while my back line likes the Jormungandr and Kronos adaptations.

Since the malanthrope has the fly key word and has no shooting for the Kronos, I am unsure which hive to place them in. Maybe they can go Kraken to try to keep up with the assault units or maybe Leviathan to stay alive.  I have some thinking to do...

Next up is HQs including a new option, a warlord trait and the bio-artefacts.  what will the new HQ option be?