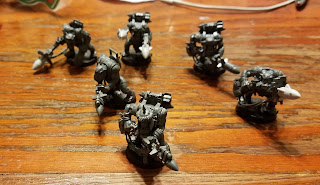 So being the bad hobbyist instead of working on my Dreadtober entry I decided to finish up my ten Tankbustas.

So, last time I had completed six tankbustas and needed four more to round out the squad.  I wanted two more rokkit launchas boy, a nob and another rockkit pistol boy. What I ended with was 3 rokkit Launcha boys, a nob, and a rokkit gauntlet boy.

The nob was pretty straight forward.  Just your standard nob with powerclaw.  I added the arm with stick bombs to help tie him in with the other boys. 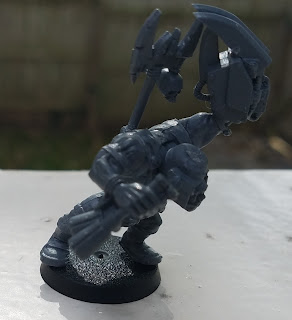 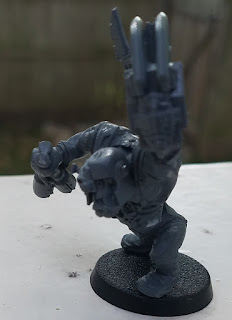 For the next three, I had to make a mold of one of my rokkits and cast the missiles for them.  then I had to piece together the rokkit launchas for them.

One was and actual rokkit launcha that lost its rokkit. 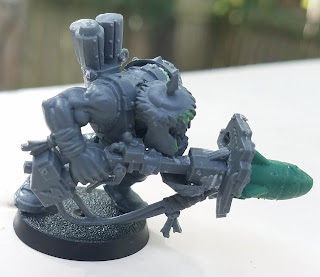 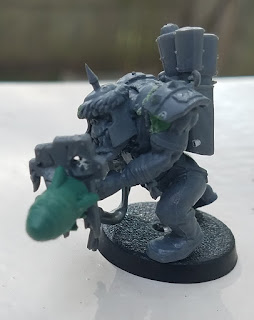 One was a burna. 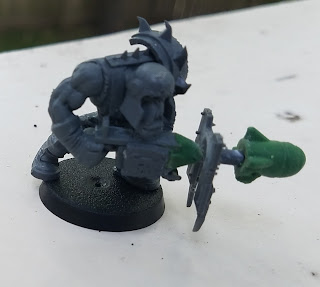 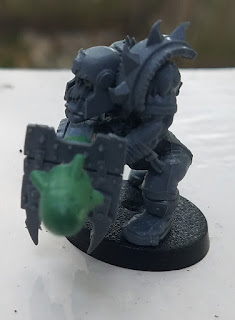 and one was a big shoota. 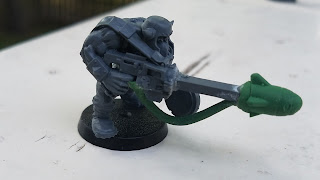 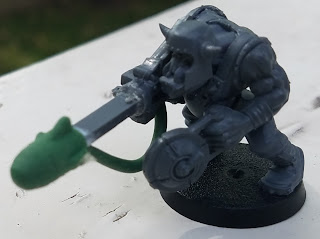 Over all I like the look of them.    I will probably add a blast shield to the last one to keep up the look and to break up that flat space.

My last boy is a counts as rokkit pistols.  I found the stick bomb launcha, from a battle wagon kit I think, and decided to try to make some rokkit gauntlets for him and I like how it turned out. 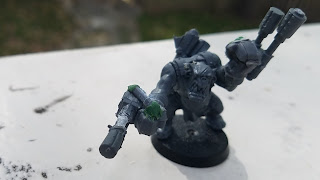 The gauntlets are from the black ork kit. 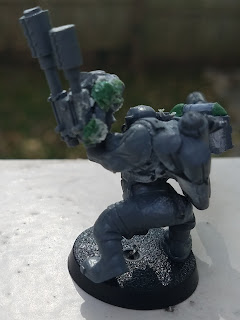 I was hoping I could find two of the stick bomb launchas but I only had the one.  So, I had to subsutite.  I took the twin slugga from the boys box and trimed off the grip and then added a bomb to each of the barrels.  I then felt it needed something more so I added a control rod from the grip to the launcha.  I think once I tidy it up a bit and add some paint it will be pretty cool.

Hopefully now I can get back on track with the toxicrene.  I need to highlight him and flock the base.  With only a few days left I hope I can finish before the moth is up.  Wish me luck.