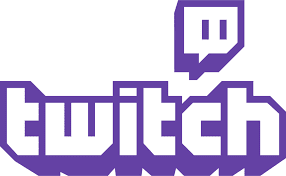 So over on Twitch they have Warhammer.TV and they also had a preview of the Codex.  Here are a few screen captures and some tidbits I picked up.


They talked about some of the stratagems and I got this screen capture of 2 of the 3 pages. 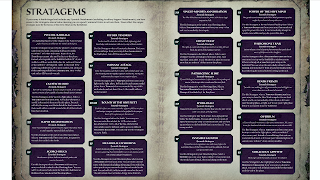 Ones that we haven't seen and stand out are Single-minded annihilation, scorch bugs, and  the Kracken stratagem they talked about called opportunistic advance. Single minded Annihilation would be good for a big squad of devilgaunts can fire twice in one turn  which is a butt ton of shots.  Scortch bugs make your regular termagants deal more damage  by making them strength 5. Lastly, opp. advance allows you to double the advance roll for one unit. Since this is Kracken you are already rolling 3D6 pick the highest when advancing.  This is pretty sweet! 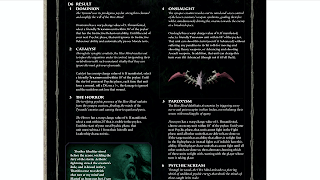 Nothing to exciting here.  the three are the same and the others are 8th version of the old one.  Paroxym is a bit different making units go last. I was hoping for a return of Catalyst helping the caster and the castee but I guess that is too good.

I got shots of 2 units and they talked about a third. They brought back a lot of the biomorphs that they had in older codexes.  It is nice to see them back. 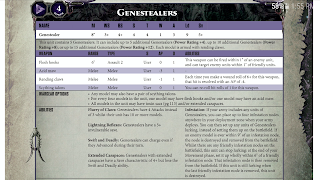 A few notes on the genestealers.  They can loose the advance and charge special rule if they take a 4+ save,  I will have to see if it costs extra if not I might have a decision to make.  5++ is nice but having a 4+ might be better.  there is also flesh hooks and acid maw special wargear.  I think I would take a few AP -3 attacks over rending.  If not getting some pot shots in never hurts. The infestation Nodes sound interesting.  It can protect your stealers from a turn of shooting but you lose out on your movement phase.   I will need to look at some test games to see how they work. 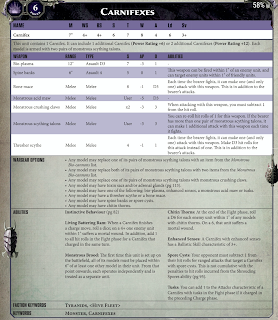 The Carnifex has a few new options. First are the head options of Enhanced Senses and Tusks.  The enhanced senseds are a welcome sight they give your dakkafexes BS 3+ Those guys will have 24 shots again now hitting on 3+.  This makes them scary again. The Tusks give you an additional attack after charging. This coupled with the new bonus to living battering ram of +1 to hit is a nice combo.

The can also choose to have spine banks or spore cysts the spore cysts act like a venomthropes cloud making them harder to hit while the spine backs are more shooting. The one thing I am sad about is the crushing claws still being -1 to hit.  At S6 the carnifex need to have some extra umph to take out tanks.  I guess they should be elite infantry hunters.

The last changes they metioned were to the Tyranofex. They said both of his weapons got a boost with the rupturcannon now being a strait 3 shots and the spray being 2D6 auto hits.  I nice change but at 4+ to hit I doubt that it will replace my exporines.

It was a busy day.  Another double post day.  Yea bugs!