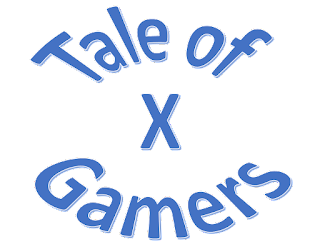 So my local group is doing a "Tale of X gamers" event over the next few months.  This is a friendly event where people start a new army and each month you have a goal of getting a box and having it painted by the end of the month.  For my army I have started a Primaris Marine army. GASP! 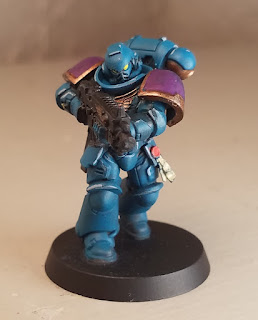 Yes the pure xeno in me is crying out.  Dead are the days where I despise anything in power armor.  I will now own a marine army.  This will not stop my xenos armies from growing or getting the love they deserve.  Tyranids are still my favorite army.  This just throws another army into the mix. 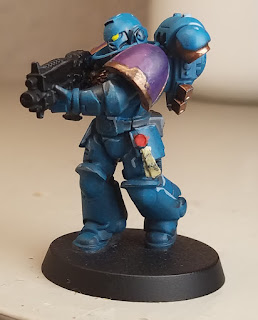 The story on my Primaris Marines is that Cawl saw a use for these marines and secretly created a batch for his own use. Using his Skitarii and cult forces they scoured battle files and collected forgotten geneseeds to be used to create these troops.  While his forces are small they are loyal to him and work as a surgical strike force where the Cult Mechanicus cannot go. 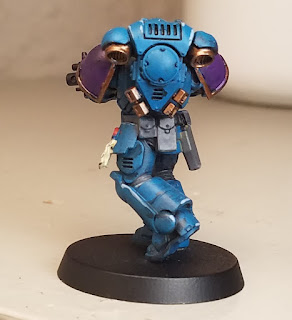 So it is not cannon and probably goes against the lore but I like it.  I am going to tie them to my ad mech army and plan to add the ad mech symbol where the chapter symbol goes.  It is a fun little project and should be interesting. 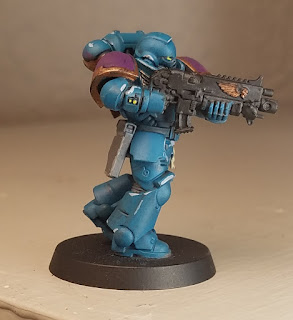 Let me know what you think.

Questions? Comments? Cawl's will be done?