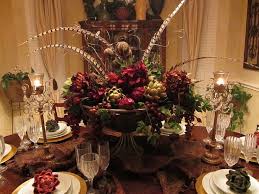 So, the last month of the campaign is the centerpiece for the army.  I am thinking I might want a Forgeworld piece and use a couple months of my budget for it.  I just have to decide what Forgeworld piece I want.

One of the reasons I I wanted to supplement my ad mech with marines is they have access to fliers.  The ad mech are completely with out air support.  Marines have access to a plethora of fliers including a few from Forgeworld. 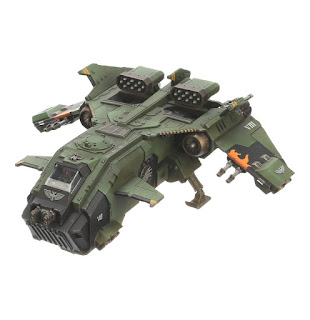 The first one is a Storm Eagle. This is gunship can also carry twenty marines.  This will help me get my troops to where they are needed faster than foot slogging across the field.  It boasts several lascannons, rockets, and a multimelta. It is a beautiful model. 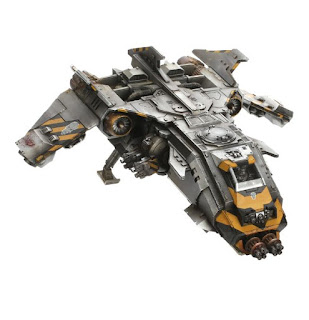 Next up is a Fire Raptor. This is uses the same model as the eagle but adds in a couple of turrets where the doors for the troops to come out. This gives me a few more options for load outs.  So I gain more dakka at the cost of transport. 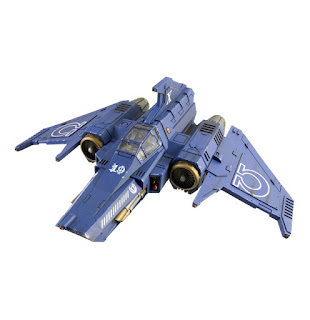 The last option is a Xiphon pattern Interceptor.  While this is a cool looking model I don't think it would serve as a centerpiece.  Also for the cost of one of these I almost could afford two Stormhawks. I also believe that one Stormhawk can out shoot the Xiphon. 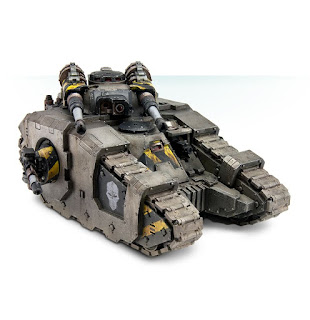 If I decide that I will just uses Stormhawks for my air support, I could add in one of forgeworld ground units. One tank that has always made me drool is the Sicaran Battle Tank.  I just think this is a cool looking tank and it is not to shabby on the battle field either.  It has a ton of shots with it's autocannons.  It would be a great addition to my army. 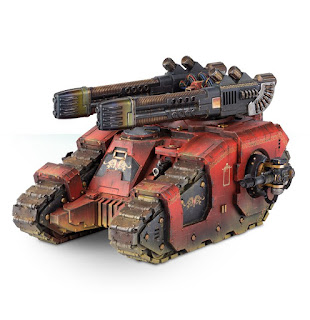 Using the same hull but changing up the gun a bit is an Sicaran Omega Tank Destroyer.  This plasma tank is just scary.  While not as many shots as it brother it has better AP and can do a sustained burned for a bigger punch. 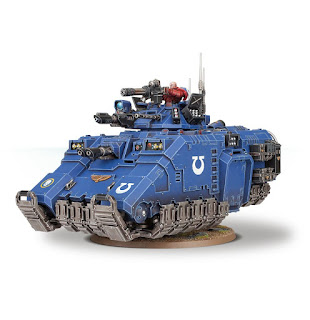 My big worry is that while they are awesome looking they might be out matched by the Repulsor. This tank is not as cool looking but is armed to the teeth and can carry my dudes as well.  So while the Sicarans are cooler looking I think they are outmatched by the more affordable Repulsor. 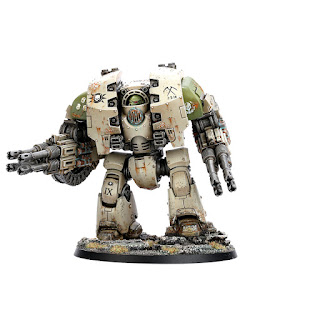 This leave my final choice from Forgeworld is the Leviathan pattern Siege Dreadnought.  While the primaris has the Primaris Redemptor Dreadnought I think the Leviathan is cooler looking and brings heavier firepower to the table.   The problem with this is I am planning on doing a conversion on my Redemptor by putting it on the Dunecrawler legs.  I think this ties it to my ad mech as well as looking cool.  If I do this I think that the Leviathan would stop being my centerpiece. 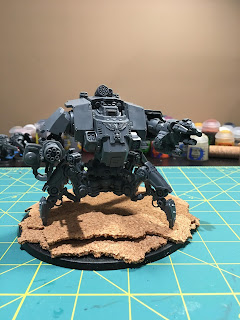 So I have a few problems.  Most of the options from Forgeworld are overshadowed by the regular GW.  Maybe I will pass on the Forgeworld piece for this army and concentrate on one of the other pieces.  What do you guys think?  Should I go rule of cool and get a Raptor or Eagle or should I just lean on GW for my center piece.  I really need some help here guys.