While it is not even december yet I thought I would go over my 2015 hobby resolutions. With the year winding down, I think it is not to early to see how much I have done and what I completely forgot.

I left this project early on to do the Skitarii army.  I still had several firewarriors to do and with the new Tau terrain I am abandoning the firestorm completely.  I am going to try to pick up a gunrig for my pathfinders to hich a ride on.

This one I completed.  I was very happy with it and that I got to use it.  To bad it got blown to pieces by some hammer handed Grey Knight Terminators.  *Shakes Fist* 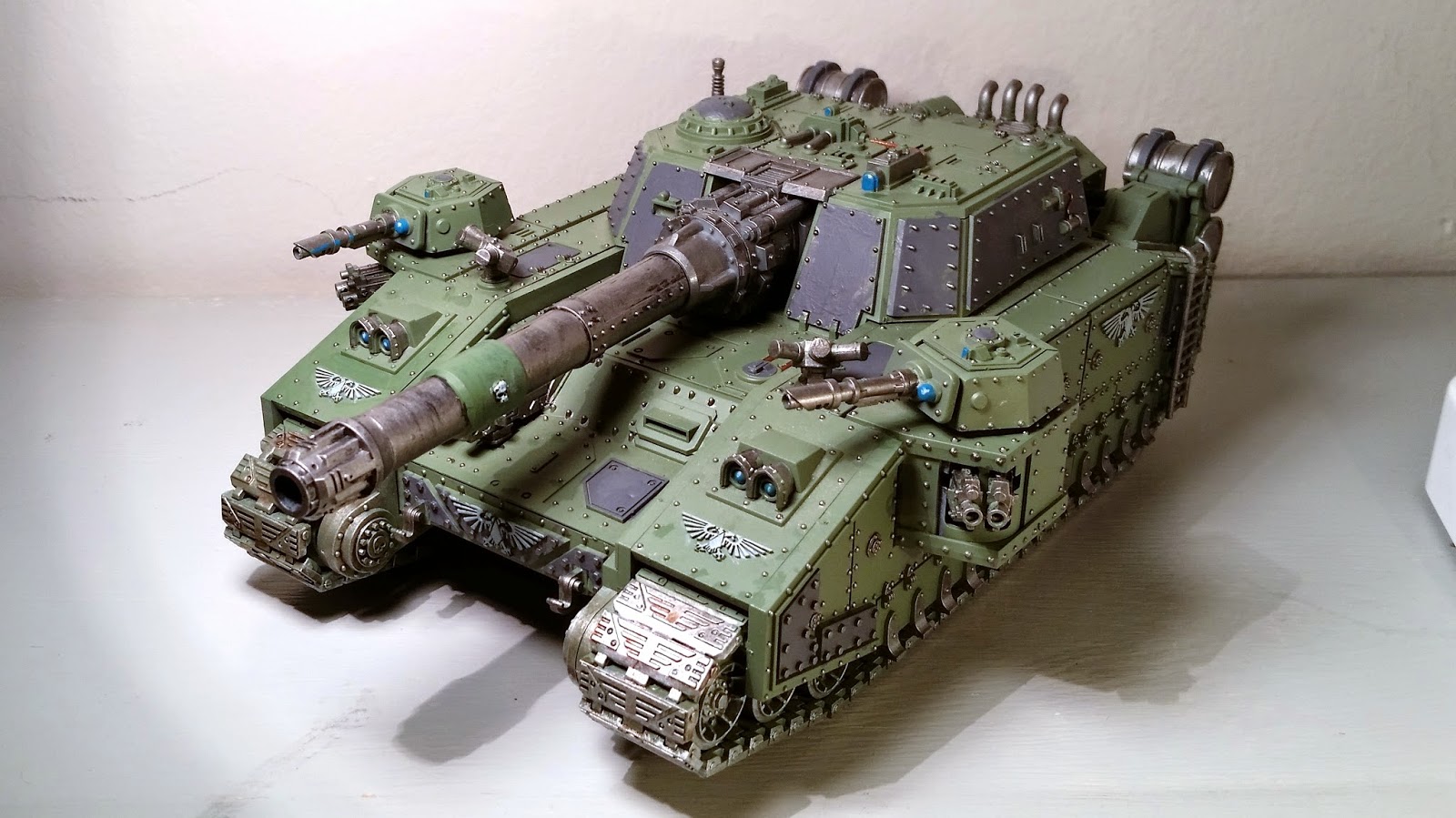 My poor stompa.  He hasn't seen much use or love in a while. I need to finish up some touches and figure out how I want to base him.  (how to add a footprint is kind of giving me fits.)  If I ever get the chance to use him I know I will finish him... now I need a reason to play him.

I didn't scratch build as many of these as I would have liked, but to get the parts I was looking at around the same price as the official ones I found.  I do have 5 of these but only 2 are painted.  They were moved aside by some grot tanks that I built and painted and then used. I also added some Flash gits and some meganobs to the completed pile. 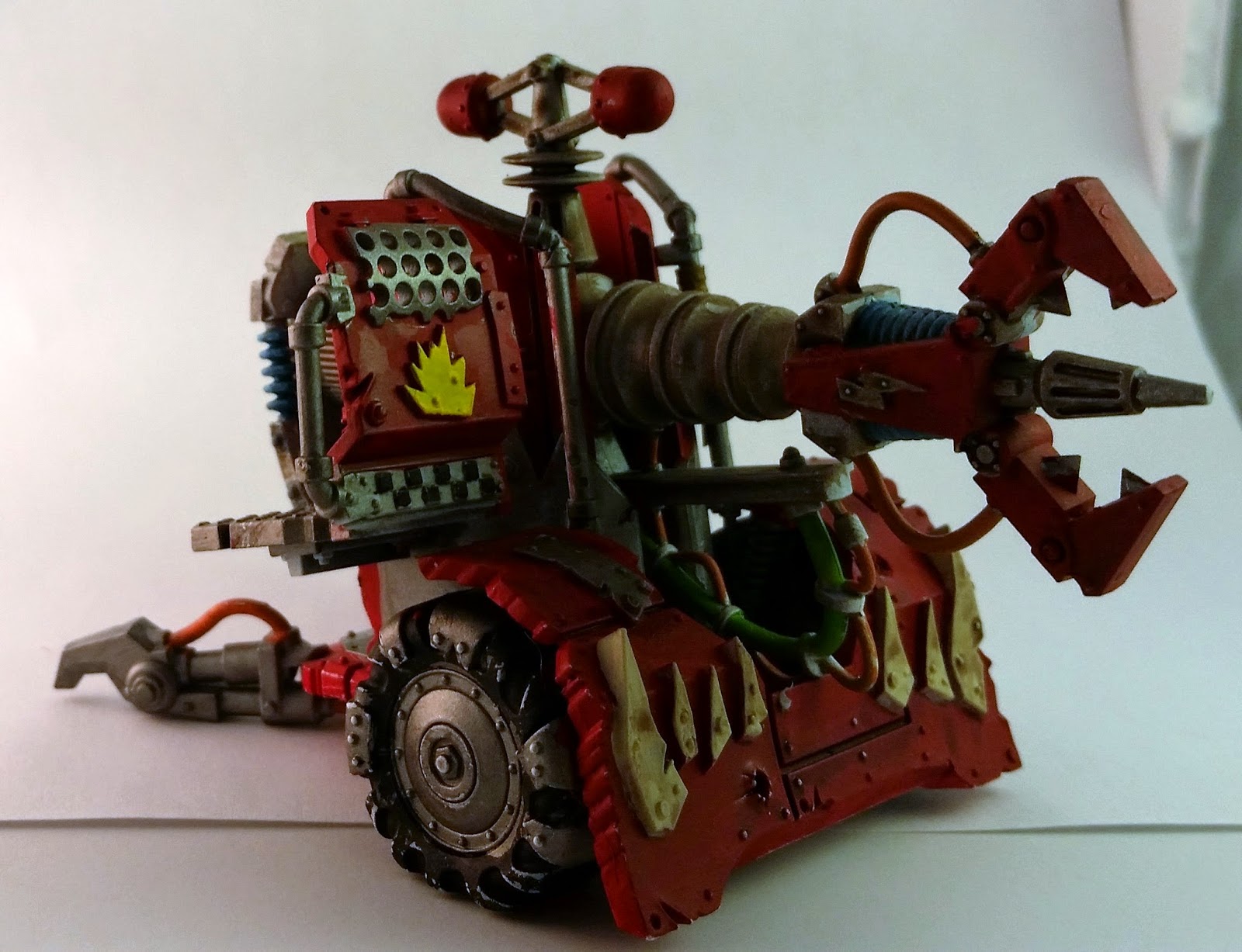 For this resolution I wanted to get some of my unpainted tyranids done.  I mentions some gaunts, some gargoyles and my tyrant.  While I did a few guants, I still have quite a few left to paint.  I should try to batch paint a few more of these little guys so they don't look so bad on the table.  I did finaly finish my Tyrant. I love the way he turned out.  I also workedon my tervigon and she is almost done.  Those gargoyles as still waiting for some love. 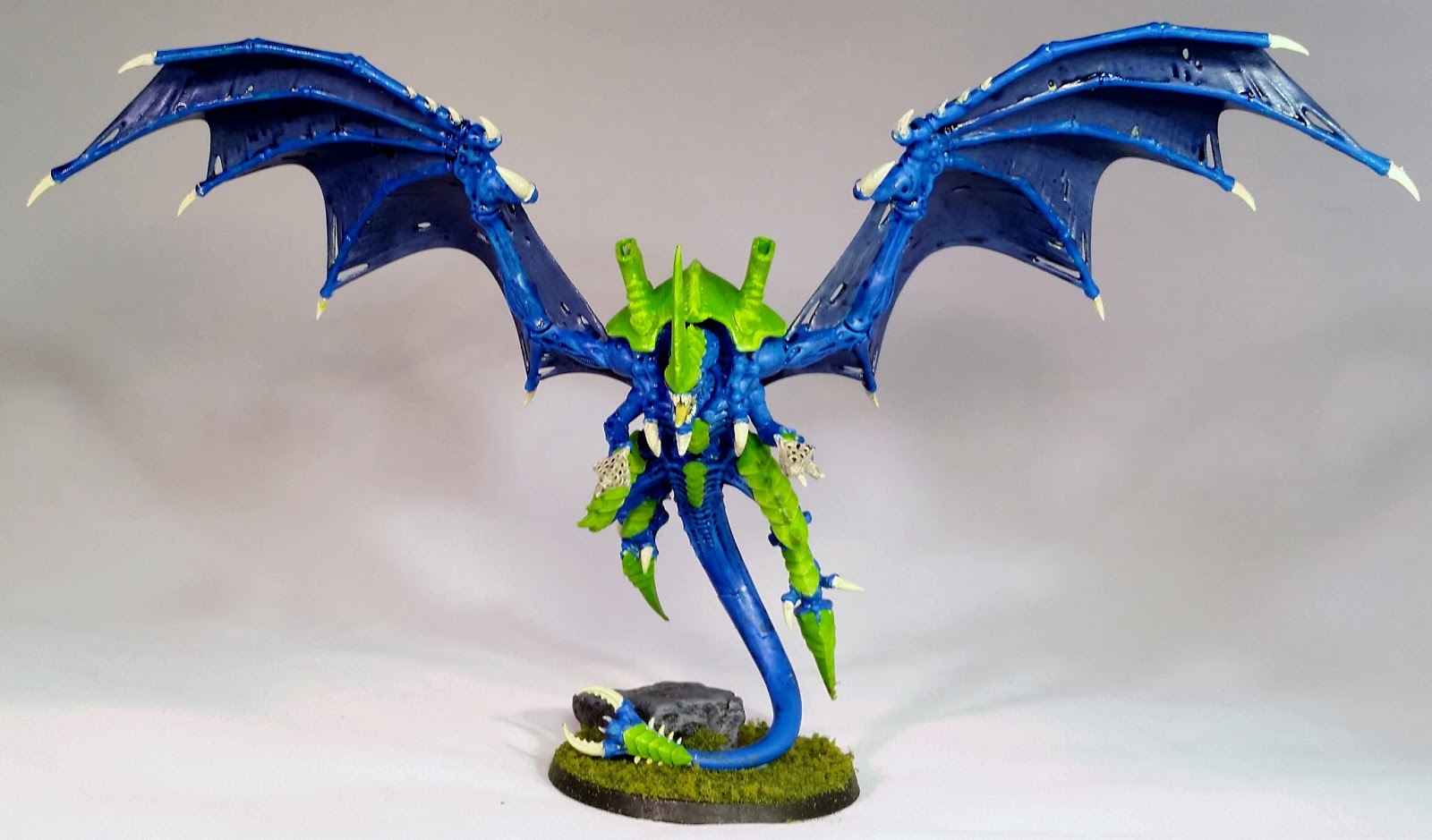 I am actually doing this now.  For the Dunecrawler I decided to try to make a mold of the weapon mount so I don't have to do a lot of magnets.  Plus I have lost the old one so I kind of need a replacement.  It has been interesting trying to get it right.  Hopefully I will have some success.  If I can get it to work I am planning to make a mold of the new shoulder pad for the crisis suits so I can kit out all of my old suits. 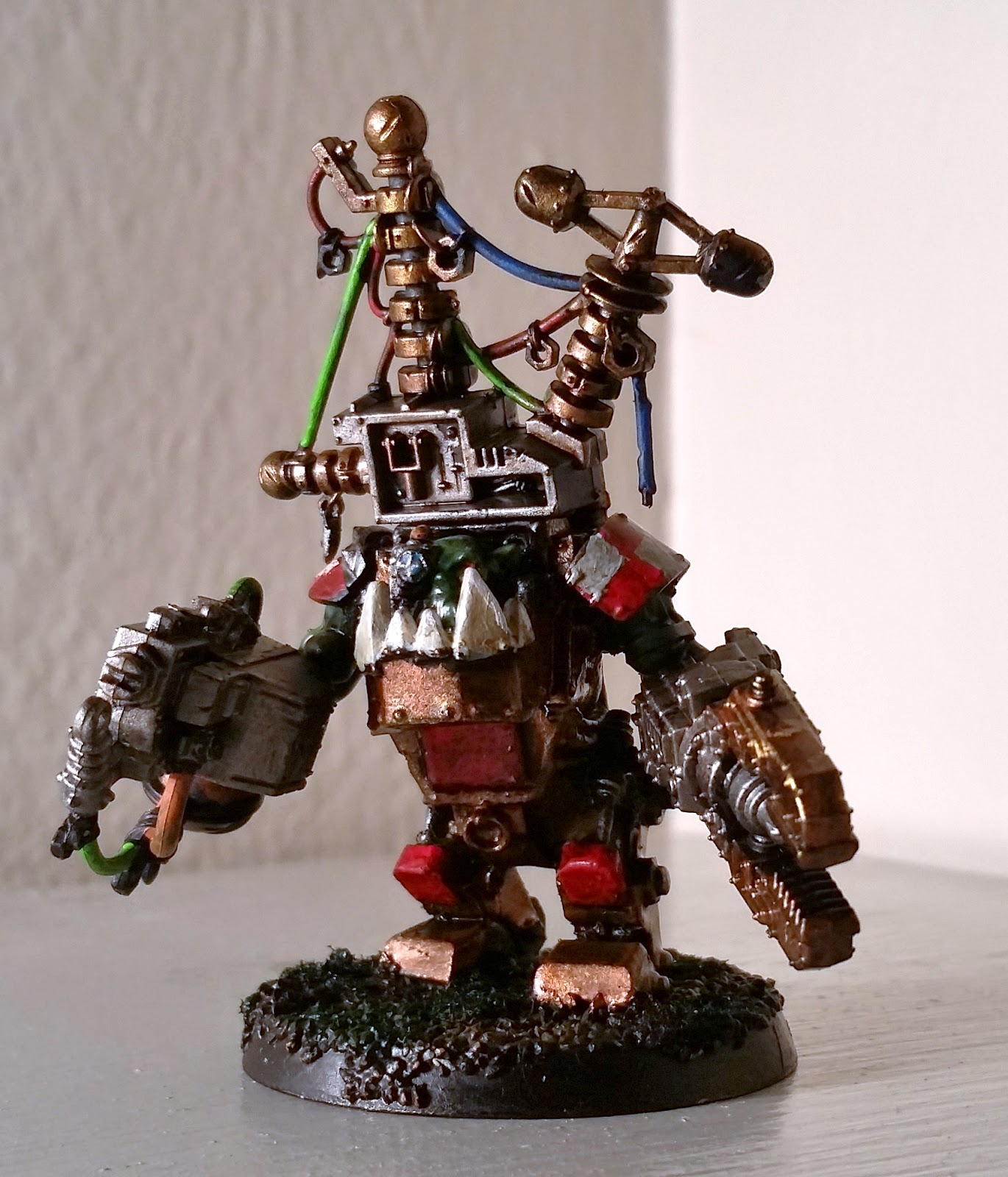 So I did about half of the things I wanted to get done.  On top of that I have built up a Skitarii force, painted a Acheron, started collecting, painting, and  playing Infinity. I painted several models that weren't on the list like the Malanthrope and Mega armored big mek. 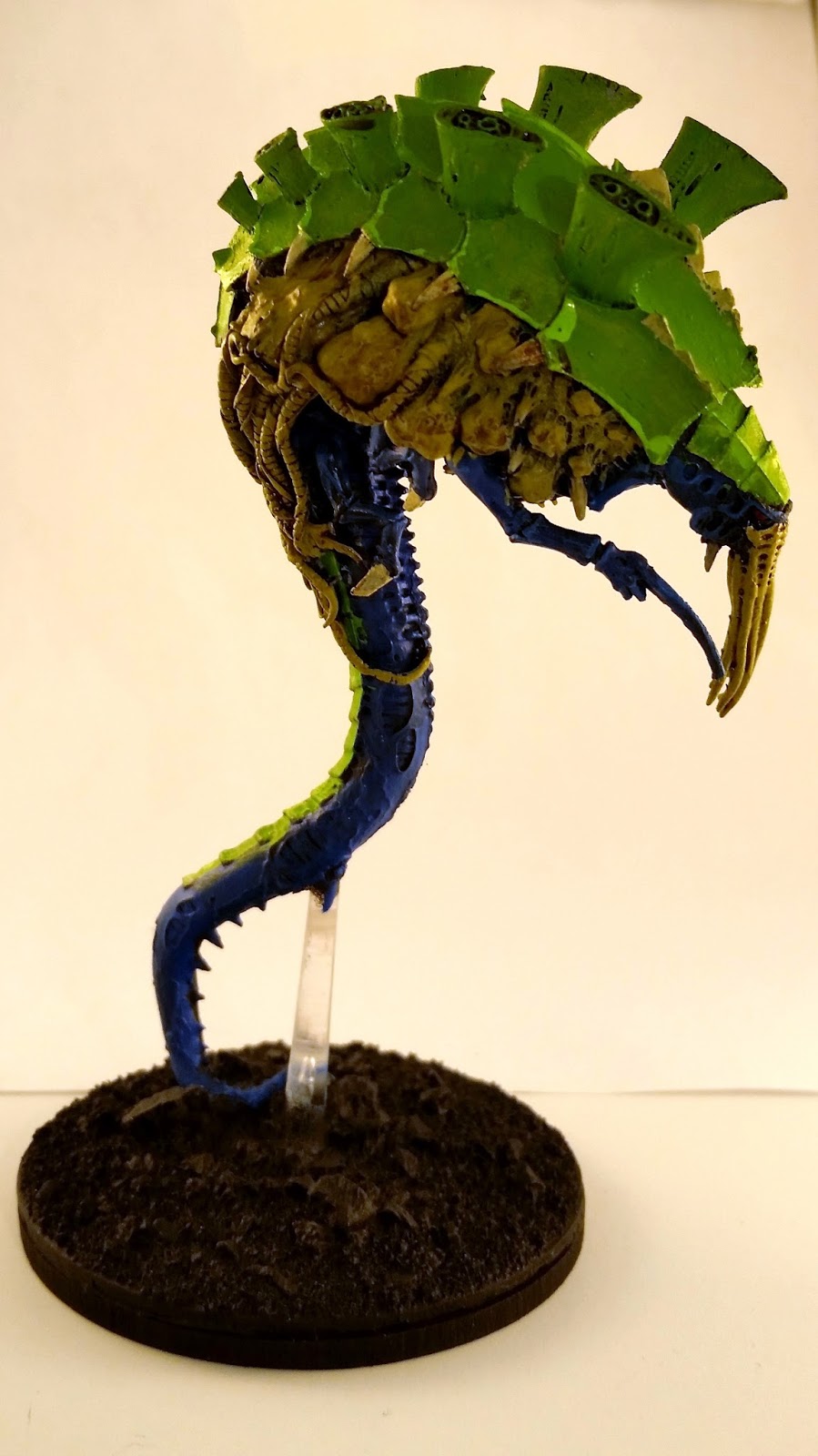 Over all I am happy with my hobby gains and will continue to push forward the rest of the year and into next year.  I think I will keep on doing a hobby resolution each year.  Even if I never finish or stay on track, it will give me a goal to keep me motivated. 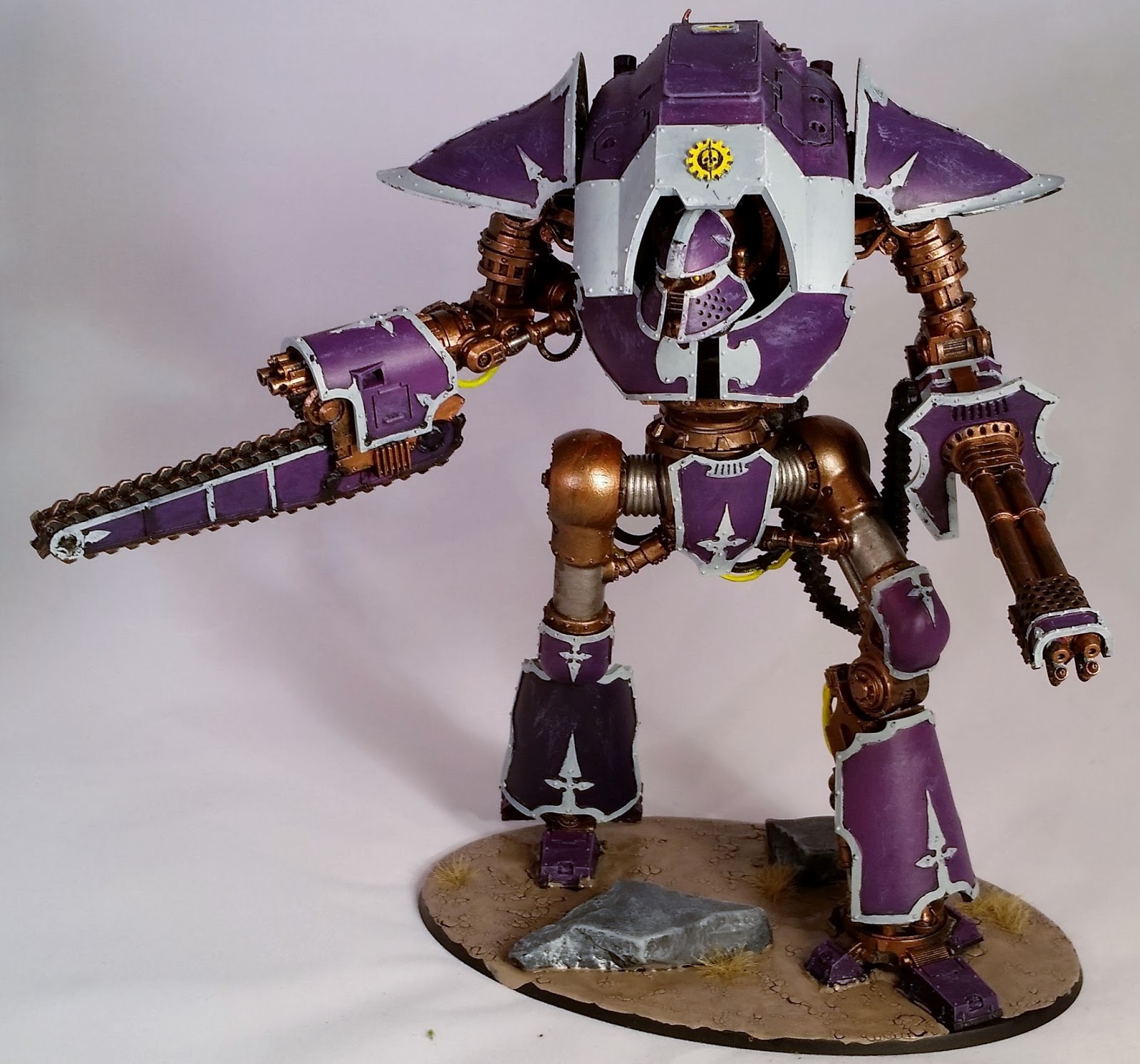 Questions? Comments? Suggestions?
Posted by Grenn Dal at 9:44 AM