At work I got a promotion so I thought I should celebrate. This weekend I received a package in the mail.

Inside that package was the Imperial Knight that I am going to add to my Skitarii army: a Cerastus Knight-Acheron. 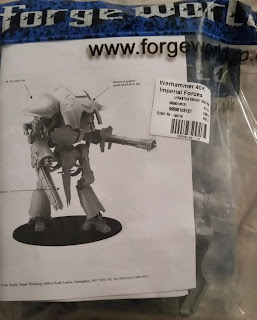 Out of all the knights that are out there I this this one is the best looking.  I think it will bring a unique look to my Skitarii army.  I love the huge flamer template and the heavy bolter is a nice option.  Also the rules for this guy are on Forgeworld's site Here  so I don't have to buy another book  to field him. 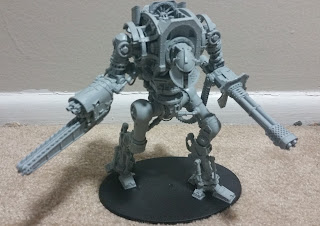 Once I gave the bits a bath in some soapy water, I started to build him up.  I assembled him partway so I can get to all the parts under the armor plating.  Painting him will be a bit of a chore but once it is complete I will be happy and have one awesome centerpiece for the Skitarii. 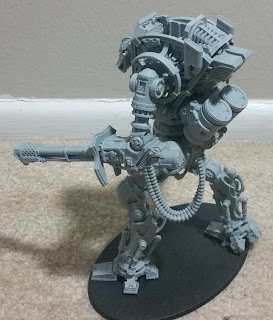 While this guy doesn't have the mount for the missile launcher like the new Imperial Knight I like the look and feel of this knight more. I am looking forward to completing my Skitarii now so I have a reason to play this guy.