The last major parts of the renegades and heretics army are finally falling into place. Enter the last Marauder Squad - The Murder Cultists. 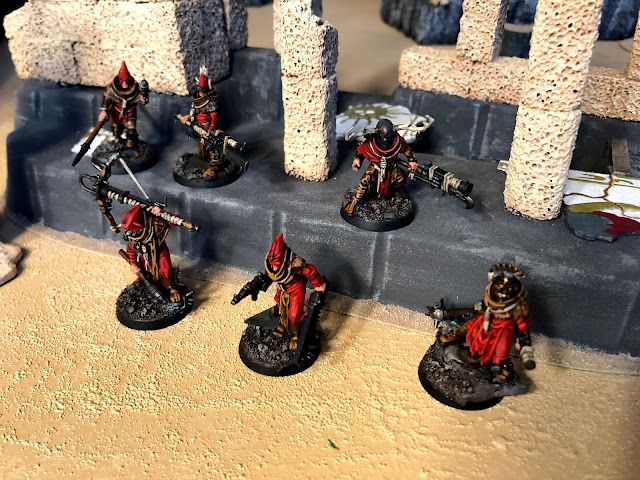 Currently a 6 man squad, these guys are the power behind the close-combat cultist group in the Renegade Army - equipped with one grenade launcher, an assortment of pistols and CCWs, plus hitting better than their weaker cultist cousins, these guys will be the metal behind the chaff. I have plans to add four more to complete the squad, and give them a second grenade launcher (the crossbow is their launcher). The Cawdor necromunda kit is forming the basis of the squad, with some head and weapon swaps, plus some other small conversions. 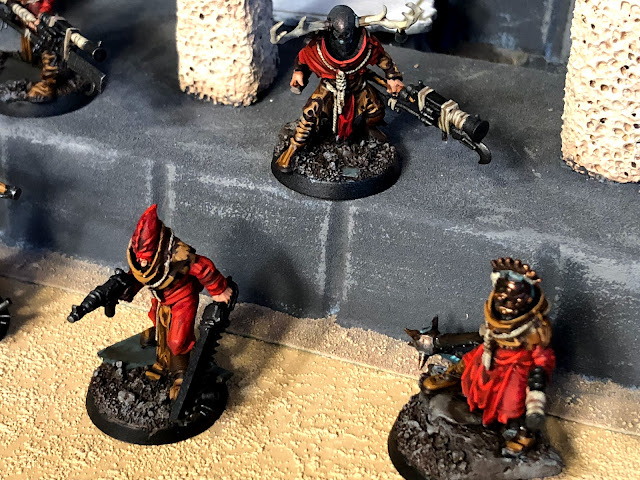 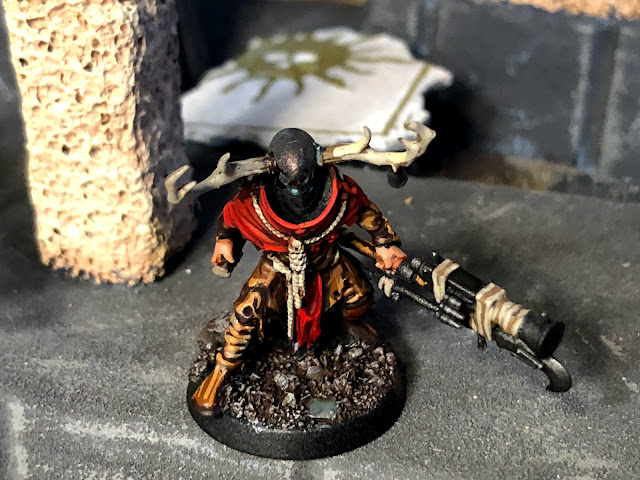 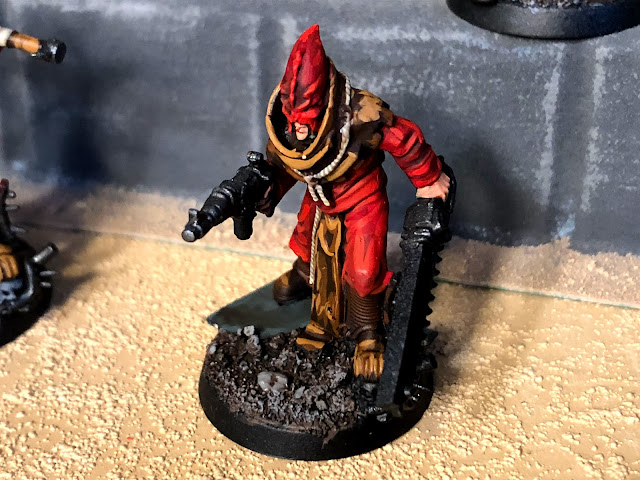 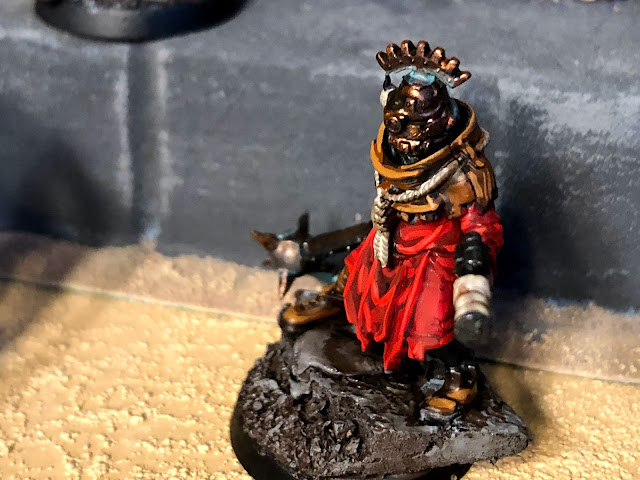 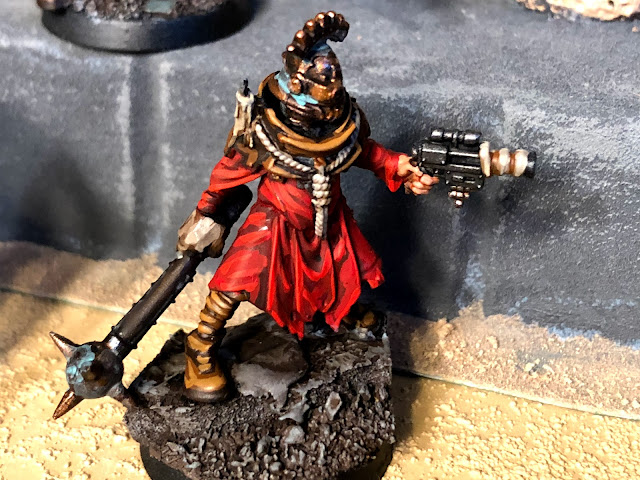 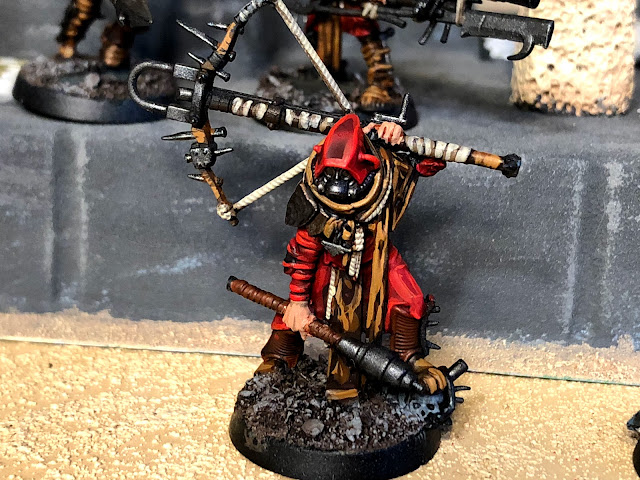 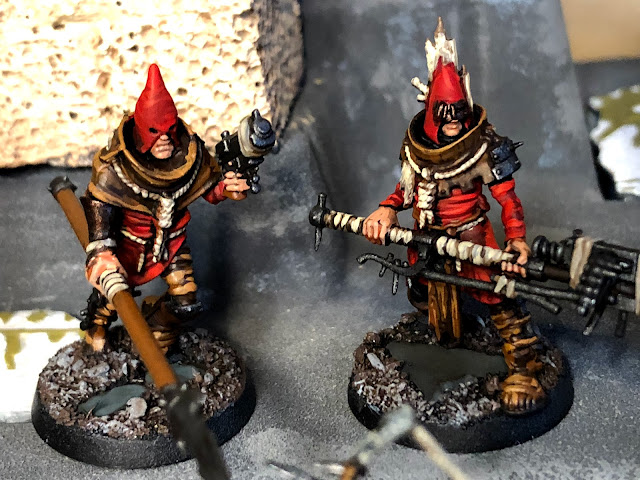 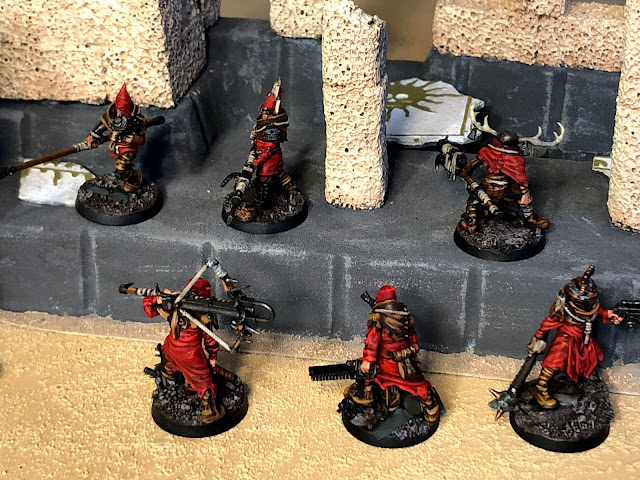 So what's next? I've got the Renegade Command Squad and two three more renegade psykers to paint. I've also got 5 Plague Ogryns and 4 Bezerker Ogryns to finish painting. So lots of painting to do, but lots started.

And I may have purchased Blackstone, which gives me 14 more renegades and two more psykers, which will complete my Renegade Army (unless FW or GW comes out with a new 'Lost and Damned" tank.)

I need to stop wishlisting, damnit! Thoughts? Comments? Critiques? Hopefully you also read the Lydia Incident Intro earlier :-) I'd love feedback on that too! Look to see these guys soon!