Over the weekend, Games Workshop had the Vigilus Weekender in which they had some of the upcoming Genestealer Cult(GSC) models on display. These leaks have got me interested again in the cult ( I still love you orks). The Warhammer Community even went out on a limb and said that the GSC codex is next. Seeing that only the GSC or the sisters, it is not a big surprise. Lets look at the models and I will give my ramblings about them. 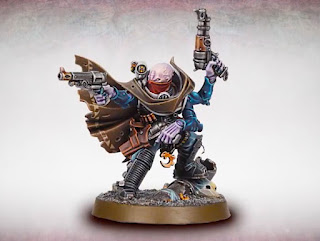 First up is what people are calling the gunslinger. I apologize to all of you who I annoyed when I went on about this model being in Blackstone Fortress. I misheard a rumor and an he wasn't in that box set. I love this model and want one for the sheer look of it. I don't think it will be that great on the battlefield since it is 3 pistol shots but maybe there is an ability he has that makes him worthwhile. 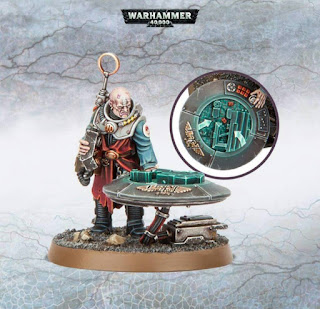 Next up is the tactician. This model is another cool looking model and would look nice on a display shelf. I will need to see this models rules before I shell out my hobby money on him. He looks like he should be in a bunker somewhere not on the front lines. I have a feeling he will have something to do with manipulating cult ambush rolls for the army. If this is the case, he just might be an auto include and someone the enemy will want to snipe ASAP. 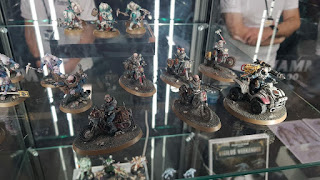 After this we have the bikes. These look to be fast moving neophytes. Four of them look to have some short range or melee weapon while the last one looks to be a sniper. I have read that the sniper might be a named character but I am hoping it is just another build type. I am not sure what role these bikes will fill. For me I will have to see their rules and cost (in dollars and points) before picking them up. 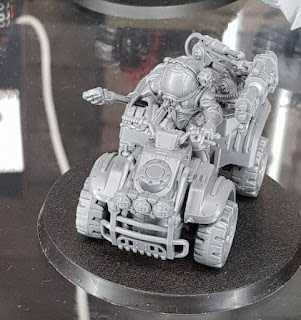 The last preview are for the quad bikes. While I like the looks of these I need to compare them to the sentinels. It looks like they are getting a mining laser and heavy flamer variants. They probably move faster than a sentinel and that is a bonus for the flamer. The laser though is weaker than a lascannon sentinel so I am not sure where I would take one over the other. Maybe if I could get 2 for every one sentinel. I could see that being a deal. I just wish they had that closed helmet available for the regular neophytes. It is right up my alley.

Those were all the leaks I found. I am eager to see this codex but with it being so late in the year I doubt we will see any of them this year. GW is usually pretty quiet in December with new releases. IF I am wrong it will ne a very niddy Christmas for me!