So to continually push myself, I've been exploring how to do a solo person narrative campaign that ties in Kill Team, Small scale missions, and works around my relatively hectic schedule. The missions posted are welcome to be used by any gaming club/group, etc., just be sure to give credit! (Regardless of alterations, etc). Please note that these posts may be longer than normal and may not contain tons of pictures. I'd love feedback, questions, or ideas of where to go! So here we go, entering into the Lydia Incident, part one.(also, sorry if the formatting is weird, copying and pasting from Google docs seems to not make Blogger happy.)

I have been fortunate to uncover a variety of easily-accessible data resources to begin explaining the
actions of Inquisitor Marcos Chamberlain in pursuit of the individual known as “the Lord of Whispers”
AKA Tuliuan Yoml-iadk AKA Cult Leader and Instigator [Classified, Access Level Vermillion Plus Required].
The information in this data-packet provides first hand accounts of the basic situation at the beginning
of the so-called Pueblo Panics, which lead to the declaration of the 2nd “Lydia Incident” occurrence in
the sector, since the reappearance of the Crimson Consuls Space Marine Chapter, and their victorious
reconquest of the world of Lydia IV. Due to the ever-vigilant presence of the Inquisition in relation to
Lydia IV, we have high trust in many of these accounts.


Damn. The rain just keeps falling. It’s been at least two weeks since it started, and this damnable train
trip just seems to go on and on. It’s as though the gods of old decided to piss on this world and just take
turns to increase the deluge.


I can’t help but feel pity for the farmers though. Mud up to their waists, every crop on the continent
probably gone but the damn Ry-grass. That stuff will take anything short of a full blown flamer cull and
keep on going. We’re ten days out of Mylorn’s Hold, bound for Gwarath Forges. The plains seem empty,
peppered by farms and townships, but this train doesn’t stop. Local traffic is spotty, but consistent.
Guard duty is tedious, to say the least. I can’t even play cards with the men, damn this “separation
of rank” concept. So all I do is walk the train, all three cars of it, and sit and stare out the window.
Sergeant Meric has everything under control, why they wanted a junior officer on this escapade I have
no clue. Not like there’s been a peep of separatism for years. Not since the wipe by the Angelic Fists
and Crimson Consuls wiped the planet of Tau influence.


Sometimes we even see the ruins. Sometimes I blink and swear I see the smoke billowing from the
rusting tank hulls. Then I chuckle. Trick of the mind, right? I swear that the [censored, Access Level
Gold or higher required for access] in the hold is at fault. Maybe it’s just the sweating Cog-head
who makes me nervous, but it’s like…


Sergeant Meric is on the comm, asking for my presence. God-Emperor knows what it could be.


Voice 1: (Presumption: 1st Lt. Loud - Match 78%) Fall Back to the
train! We must disengage. Leave the damn car or else…… [static for
approximately 17 seconds] ...a grenade? Use the damn grenades!
Where’s your weapon, Trye?


Voice 2: (Presumption: Trye Ope, Private, 1st Lydian PDF) I don’t
know! It was in my hand one second, then it melted into (garbled communication)


[Scrubbing 29% successful]
Voice 1: The train’s stopped. That can’t be good. Trye, get up
front and see what in the name of the God-Emperor has happened.
And tell that bastard of a driver to speed up.


[Las-fire intensifies, followed by a series of crumpled explosions.
A flurry of bangs tentatively identified as locally produced
Autoguns fills the recording.]

Additional Pict Files Located - Authenticity of Pict Files of
Train 78-A to Gwarath's Forge estimated at 60%. 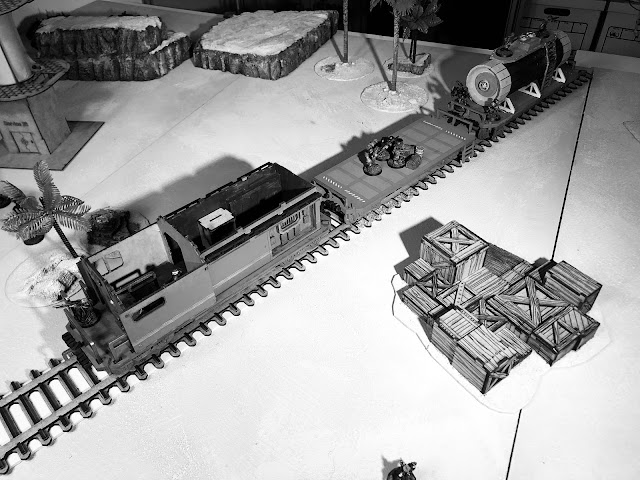 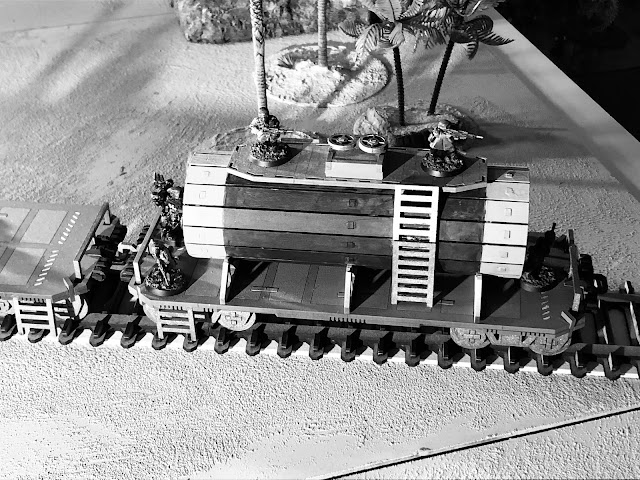 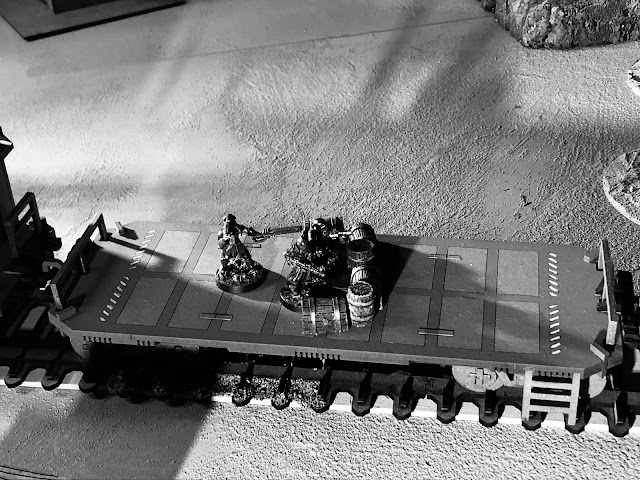 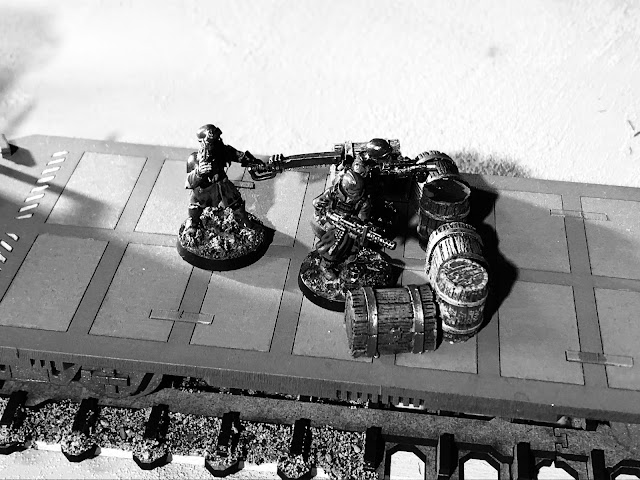 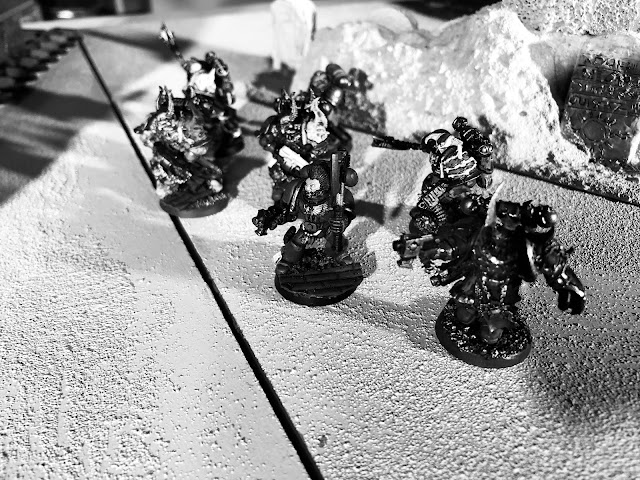