Way back in 2014 Games workshop released the gorkanaut.  I always wanted one but could never bring myself to buy one.  There just was better ways than him to fill the rolls he fills.  While the new codex does not make him the bees knees, it does make it close enough for  the rule of cool to come into play. Enter el Gordo. 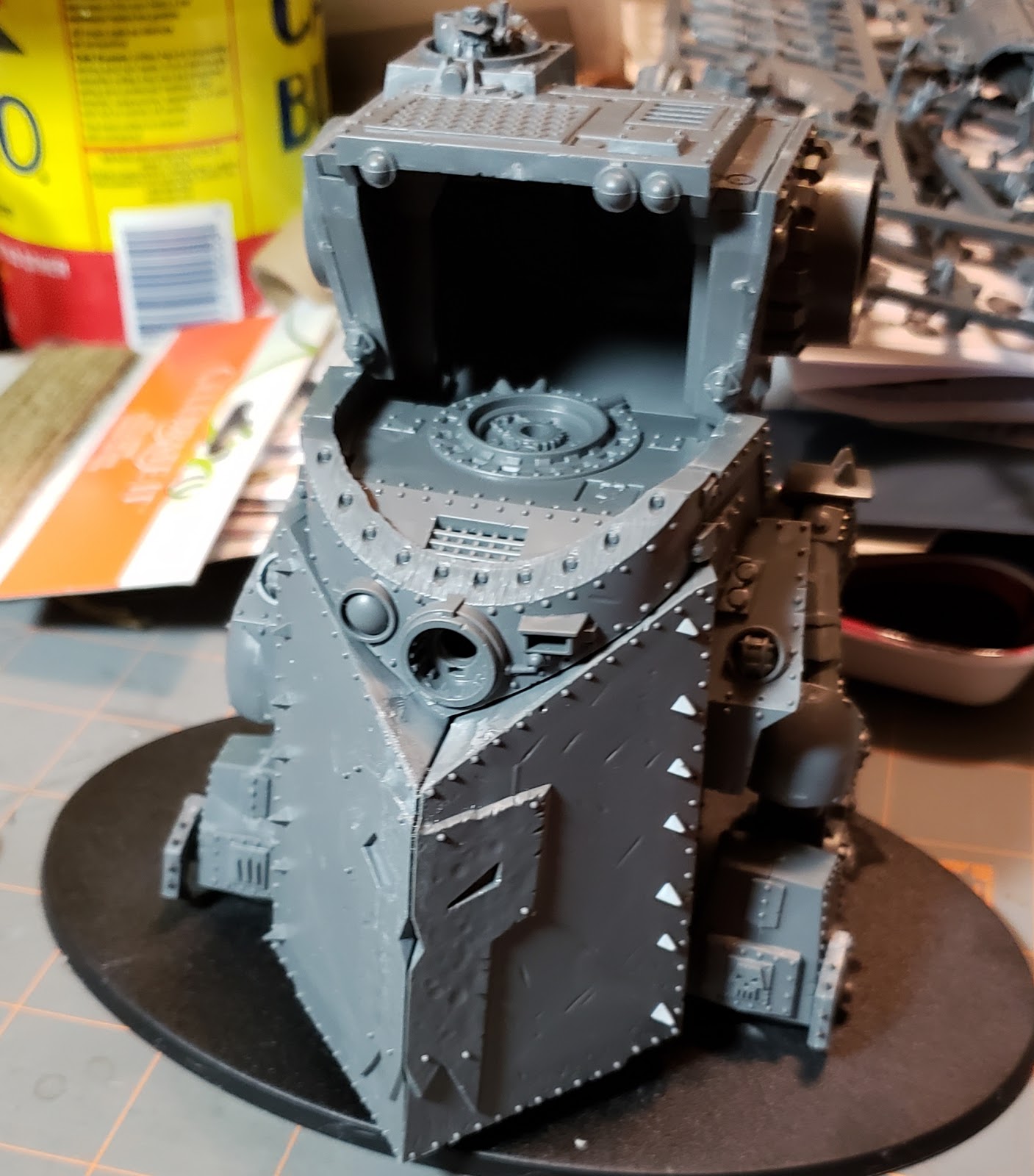 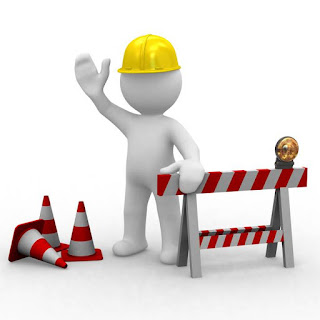 Building him was relatively easy.  That being said, I wanted to have the flexibility to make either a gorkanaut or morkanaut so I needed to magnetize.  Looking at the two builds, there are a few differences: the main gun, the chest gun, and a Kustom Force Field (KFF). 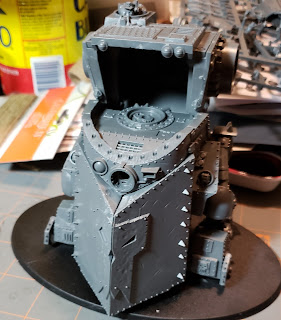 The hardest part was the main gun.  Since the mega zappa uses the big megashoota in the standard build I had to figure out a way to place the zappa with out using the other piece.  I ended up using green stuff to plug the whole and placed a magnet in there.  Then I shaved the edge around the megashoota part so it can slide in and out of the mount placed magnets on the backs of both guns and we were in business. The other two were pretty easy. The KFF was just a magnet and the chest gun already had a peg and hole system that is pretty tight and did not need magnets.  I can add them later if I think it is needed. 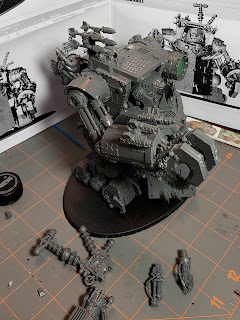 With him built, I  was fortunate to have a decent day to prime him. I decided on blue for the main color.  He will match my battle wagon and shockjump dragsta.  I also have another truck that I can paint up blue as well.  I am leaning very hard towards deathskulls so I might as well be lucky. 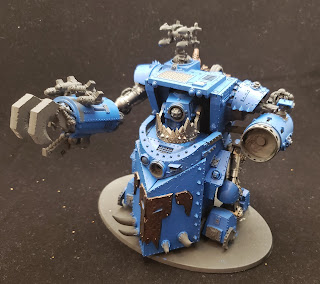 I plan on finishing him this week if possible.  I then can switch back to other projects.  I would like to finish a few projects before the new year.  That way I can start the year fresh.