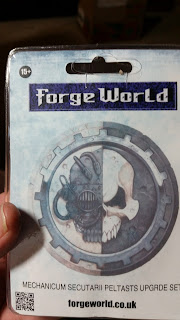 I was excited yesterday,  My Peltasts upgrades came in.  I am eager to get these on the table ant give them a try.  I had assembled the bodies already so all I needed to do was clean them off and glue them on. 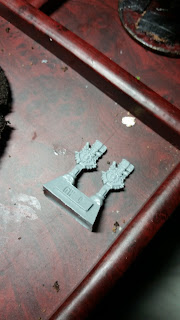 There were four identical sprues of back packs and on different one.  I was not thrilled with how they attached to the sprue.  I had to scrape out a chunk in between the two energy chambers.  It wasn't hard but I had to be delicate so I didn't remove details. 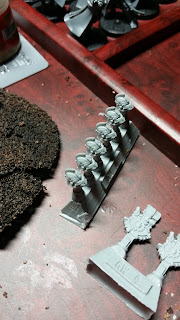 They also gave you eleven heads They are all pretty much the came there was a notch on each in the back I had to cut off. 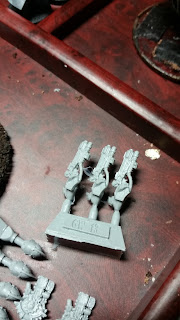 There were eleven guns. Ten were two handed and one was held with one hand. With those they had the accompanying  arms. The odd one out had its free hand pointing. 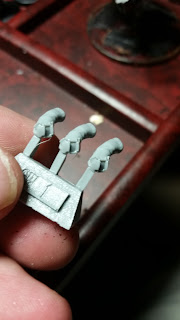 I cleaned them up.  There was minimal flash.  Just a few vent chambers to cut off.   I let them soak in simple green for an hour them washed them off.  Hopefully the release agent is all washed off. 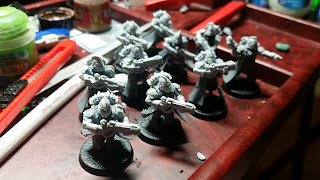 I plan on base coating these tonight and then the fun of painting starts. 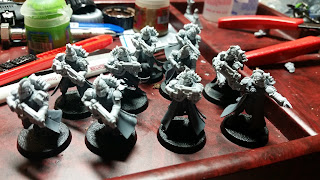 I am not sure how I want these to be painted.  I thought I might paint them up like the rest of my skitarii but they are not regular skitarii.  I thought about painting their robes in the color of my Alphas with their alpha done in light grey.  The other option I am toying with is keeping the robes the standard colors and use either a dark bronze (like my deathmarks) or silver (like the rest of my Necrons)

What do you think?  I will probably paint up a couple of test models.If you can think of another option I would love to hear it.