With the release of the new venomthrope / zoanthrope kit I thought I would take a few seconds to give my impressions of the new kit.

Here is the old venomthrope. 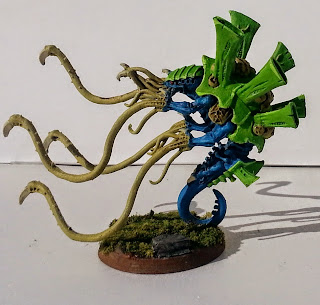 and here some shots of the new ones 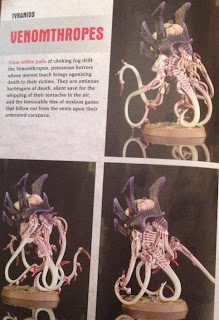 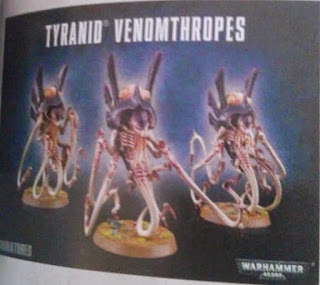 I like how these are more centered on the base and we don't have the tentacles reaching out way in front of the model. I still think I will have to pin these guys to the base which is a pain but doable.  Over all If I didn't have 2 of the others I might want to get a box for these.  Someday fan into the future I might get a box so I can have a few of them.

There is a few changes with the Zoans as well. 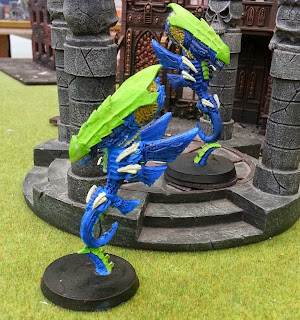 it is very similar.  It no longer is sitting on a little bit of terrain.  The arms are a bit bulkier but still weedy and they have the new Neurothrope form. 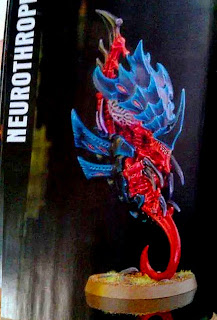 He gets some extra decorations a new horn and spine. It still looks very much like the old one.  I think I will want to get a box of these to make a neurothrope or maybe get one off of eBay. I want my Doom of Malan'tai back.

It looks like this release will take as much if not more of my money than the codex did.  I don't think I will get either of the new monsters but I will want at least 3Tyranocytes and a Neurothope if not a box of Zoanthropes.  This will help me bring my force back to where I was before the new codex. With the addition of Exocrines I am liking what I what I see.