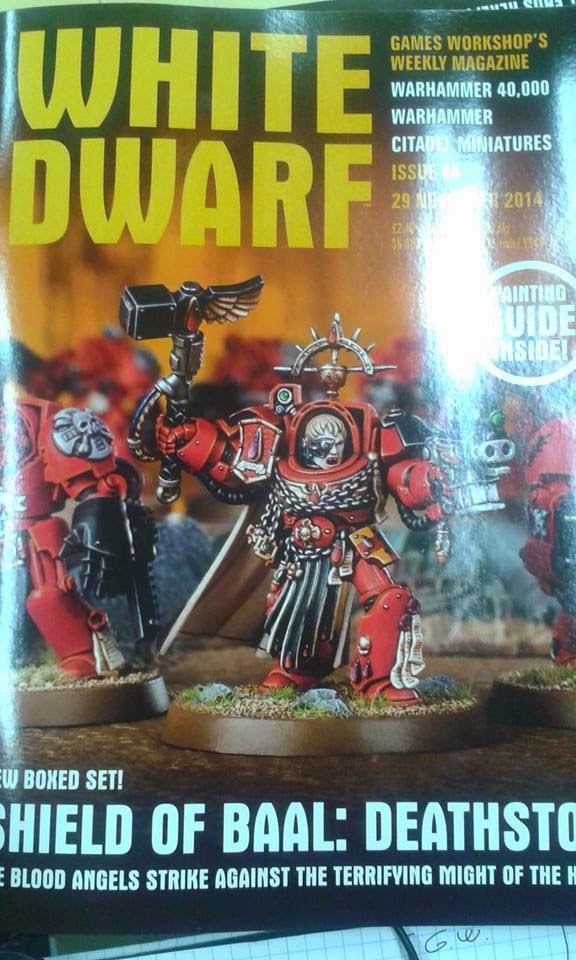 The fellas at el taller deyila have pictures of the new models from White Dwarf of the new box set Shield of Baal: Deathstorm. I am sure you have all seen them but if not here you go. 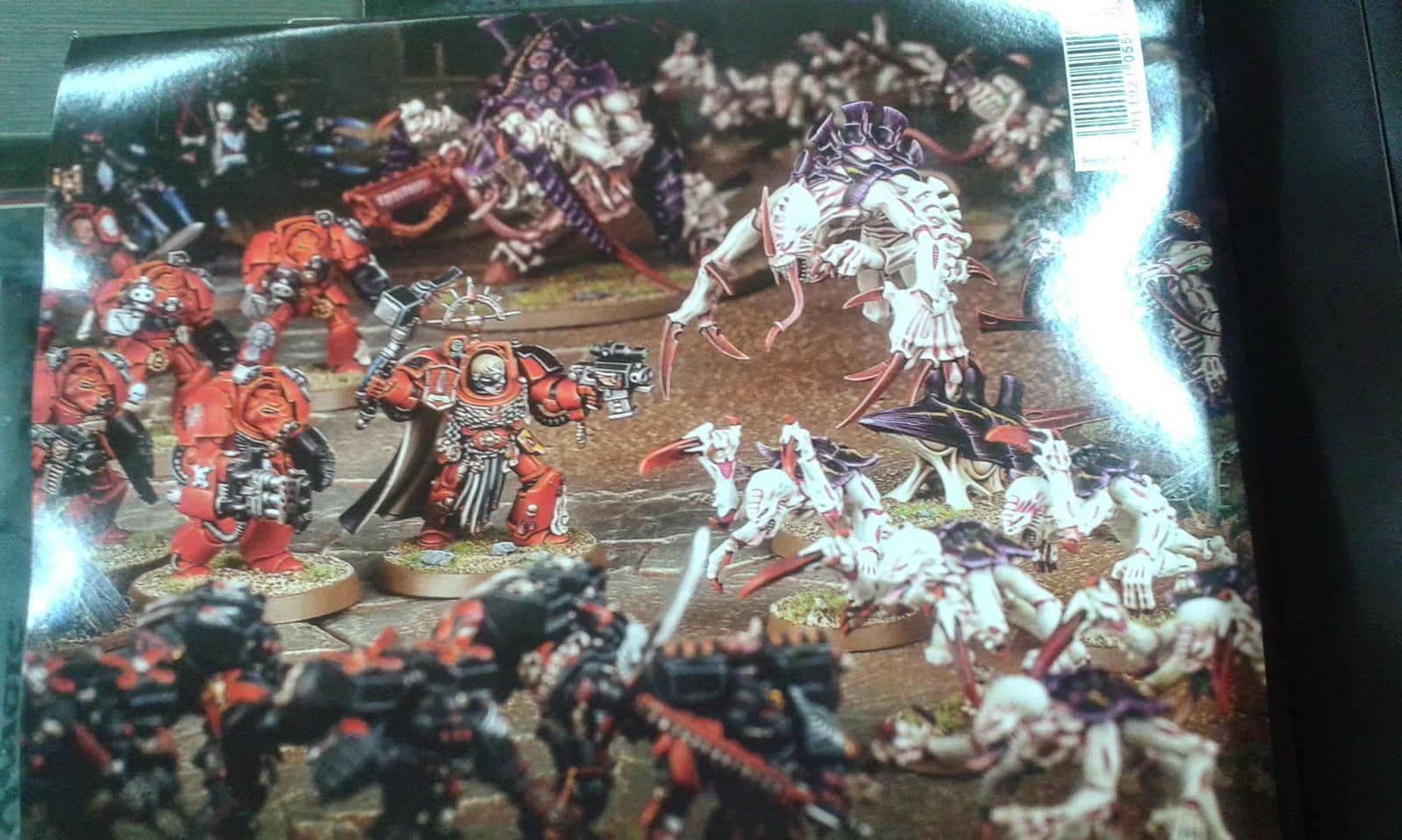 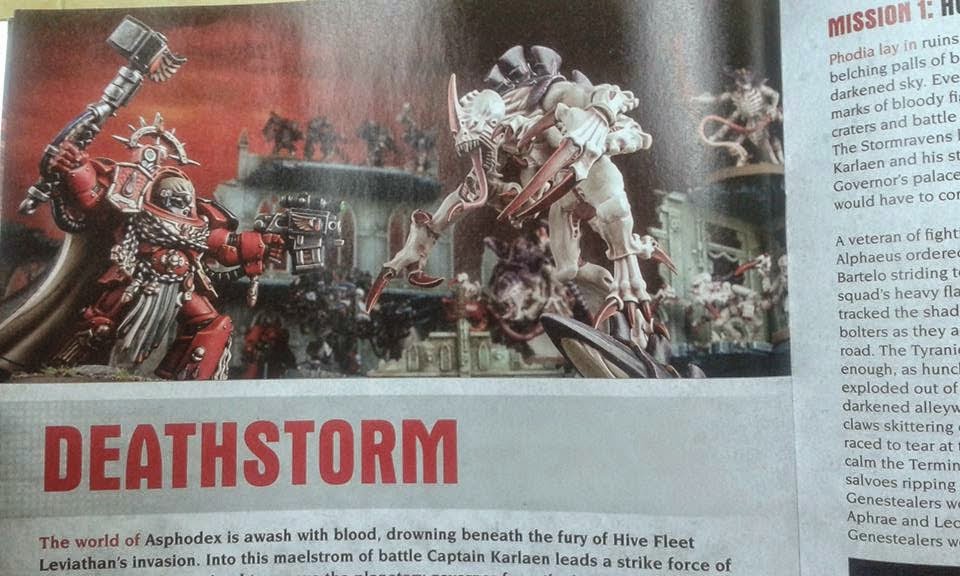 While I don't care about the blood angels part I do think it is a great deal for a Tyranid player.  The box is rumored to contain 1 broodlord, 3 warriors,8 genestealers and a carnifex.  That alone is over $130 not including the broodlord. I think one of my buddies back in IL might split this with me so I can get this great deal. Heck for $75 bucks I would take the carnifex and warriors.

For starting players this would give you a starting force with 2 troops and a HQ or heavy if you use the carnifex as old one eye.  It is ot the best start in the world but it is an awesome deal.  Add in a tyrant, and guants and you would have a decent little force.  It is a good affordable start to a tyranid force.  Splitting 2 boxes with a bud would give you both a good amount of models to play against one another and learn the rules. with 2 sets you can do

Not the most competitve list but a great one for the $125 price tag it will come with.

It does looklike the brood lord is a modified Space Hulk model  here is a side by side look at each: 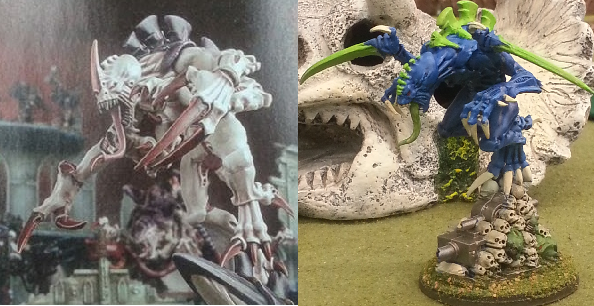 I have added different arms to mine because I used to run scything talons and rending claws on all my genestealers but the head body is the same.  They took out the pile of skulls and replaced it with the little piece that the Zoanthrope used to stand on and changed the positioning of the legs.  I do like the claws though.  Those other hands are just laughable. My wife calls them raccoon hands. Which is funny because we say they have creepy people hands.I have head that they just altered the CAD drawing of the original.  I cna see why they say that. No complaints from me.  It is so much better than this: Even if you fixed the crappy paint job. (man my early days were bad) this model is just sad.

Talking about Genestealers I need to repaint all of my old ones to bring them up to the current paint scheme and to make them look better.


Have a good turkey day!