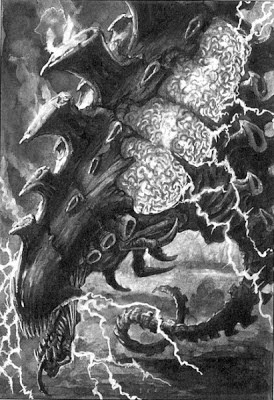 So with all the new bugs rumors flying around there is a new one that has surfaced.  reports are that there is a new kit coming out the week after the spore pod that makes venomthropes or zoanthropes or a new neurothope.  These rumors come from Faeit 212 and also the Bell of Lost Souls Lounge. 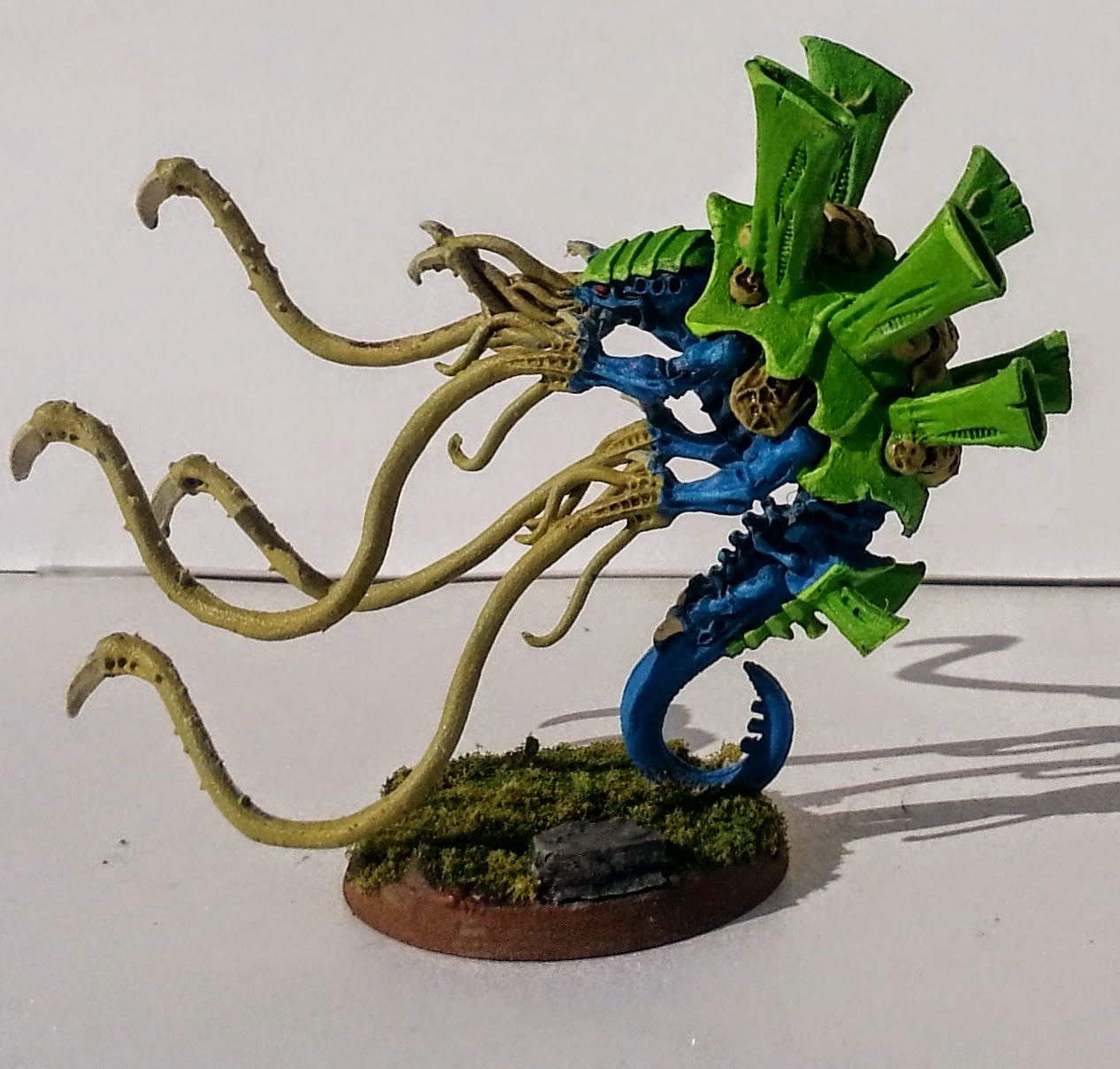 The rumor say that the neurothrope does a spirit leach power like the old Doom of Malatai but instead of getting back wounds he gets warp charges for a warp blast.  While this would be scary with the new drop pods it is similar to old Doom but not as beefy. Part of the scare was the big high strength blast he could put out after sucking out some brains. Also, the old Doom's power was non psychic which means it couldn't be denied or perils. In the end though I still think it will have a lot of use. I can see him dropping into the back field and trying to suck brains out of cowering Tau/guard/eldar psykers. 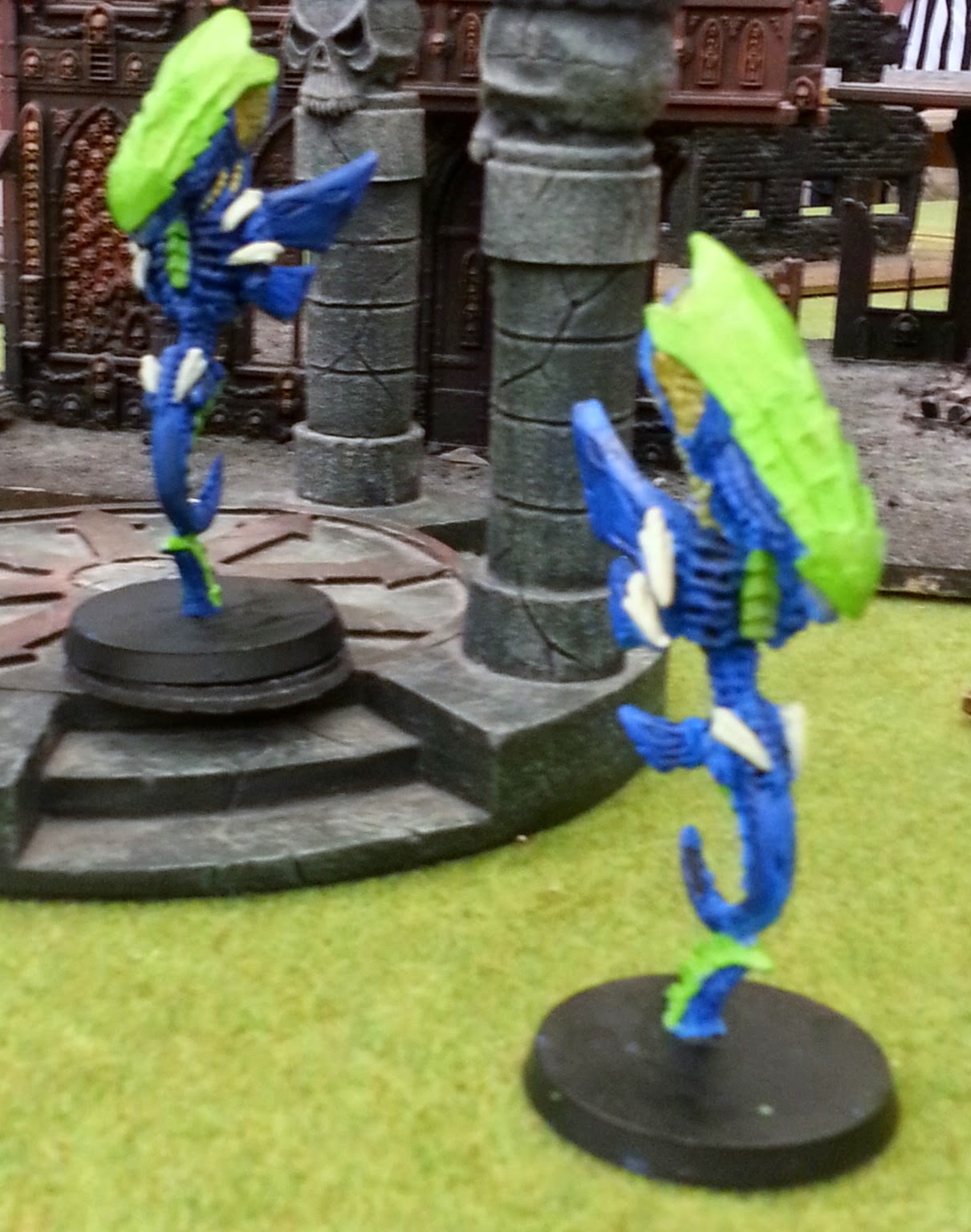 The problem I have with this rumor is that all the others had pictures from a White Dwarf to back up the claims.  So until I see the White Dwarf or preorder post by GW I am going to take it with a grain of salt.  I did check though and there is no sign of the venomthrope and zoanathrope so a kit for them is likely.  Now we have to see if there is the new neurothope.

I am not holding my breath.  I have all I want with the Drop pods.  a new Doom would be cool as well though.