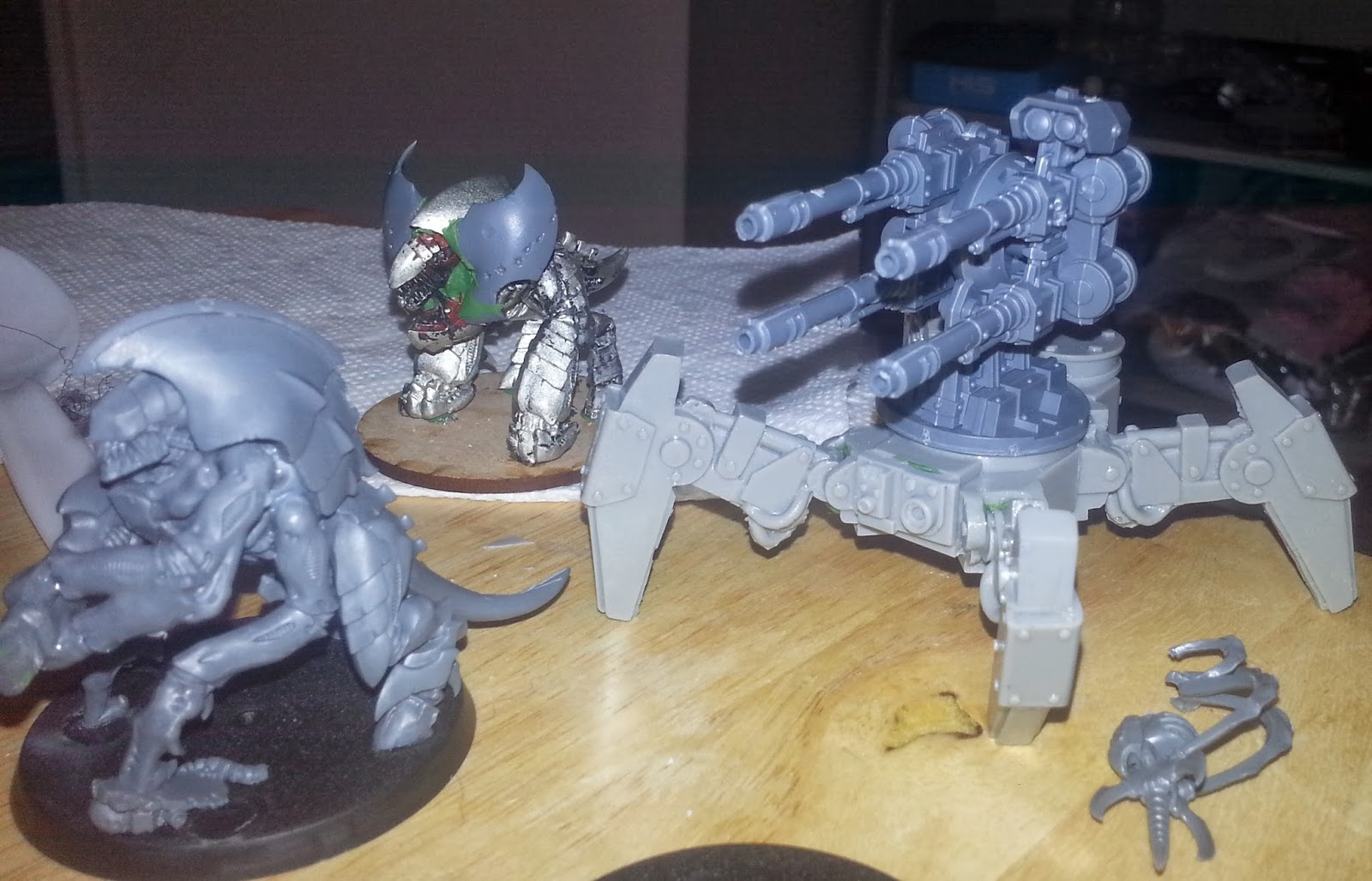 I had a little time today since my internet was down (stupid Time Warner Cable) so I decided to work on some models.


During the last Big game I played I used my aegis Defense line.  I had all of the pieces for the line itself but somehow my Quad gun disappeared.  I looked high and low but could not find it. What I did find was the top half.  Chosen1 from Team Snake Eyes,  had an extra bottom for me to borrow for that game but I needed to find one for my own.

I was also looking for a minature to sub for Guardsman Marbo.  While I didn't find a model for him I did find a cool piece for the bottom of my quad cannon. I found it on a site called Ramshackle Games. 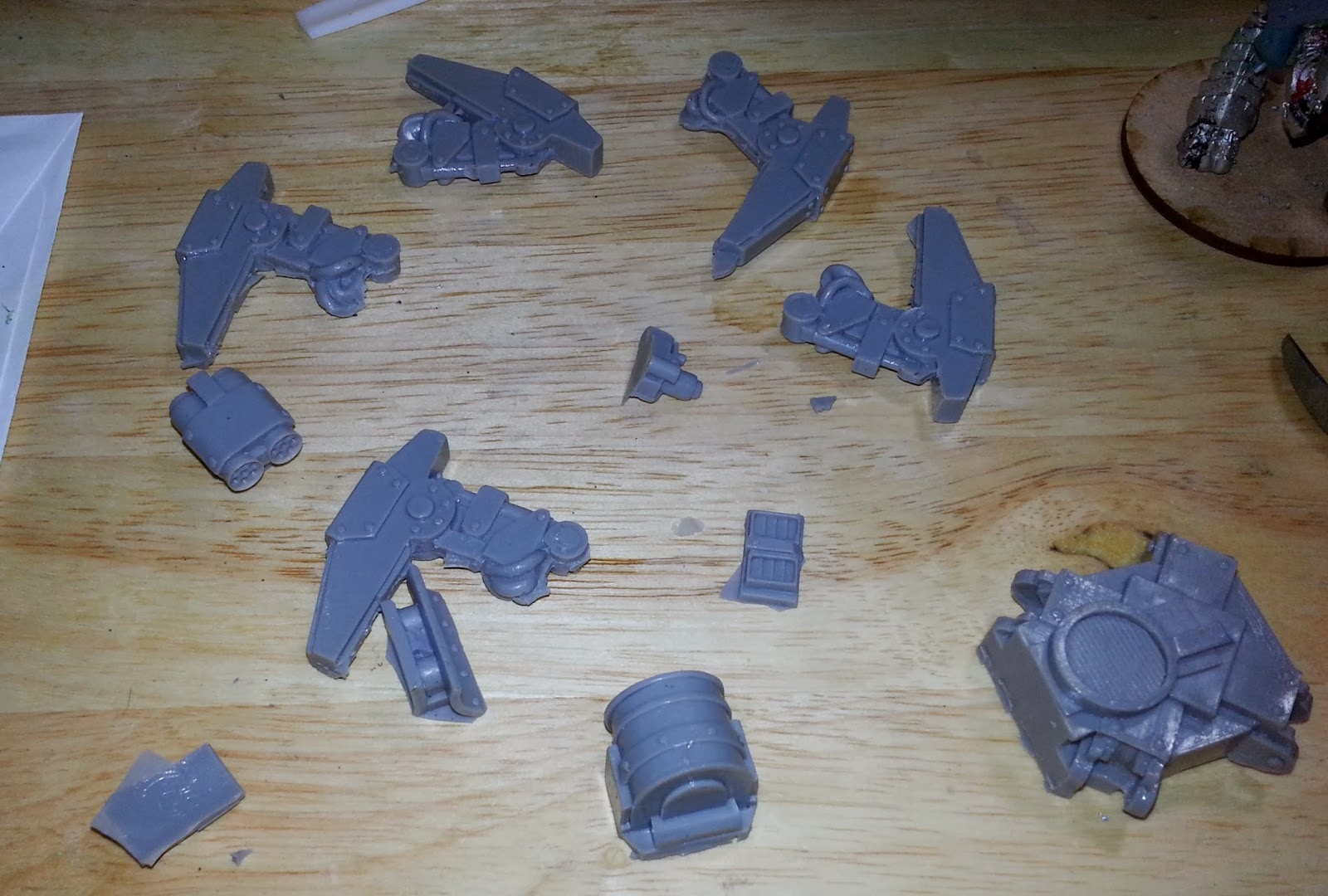 The model is made of the hard brittle plastic.  The mold lines broke off more than scraped off and my regular glue had a hard time holding.  I used a bit of green stuff inbetween each piece and that seemed to work. 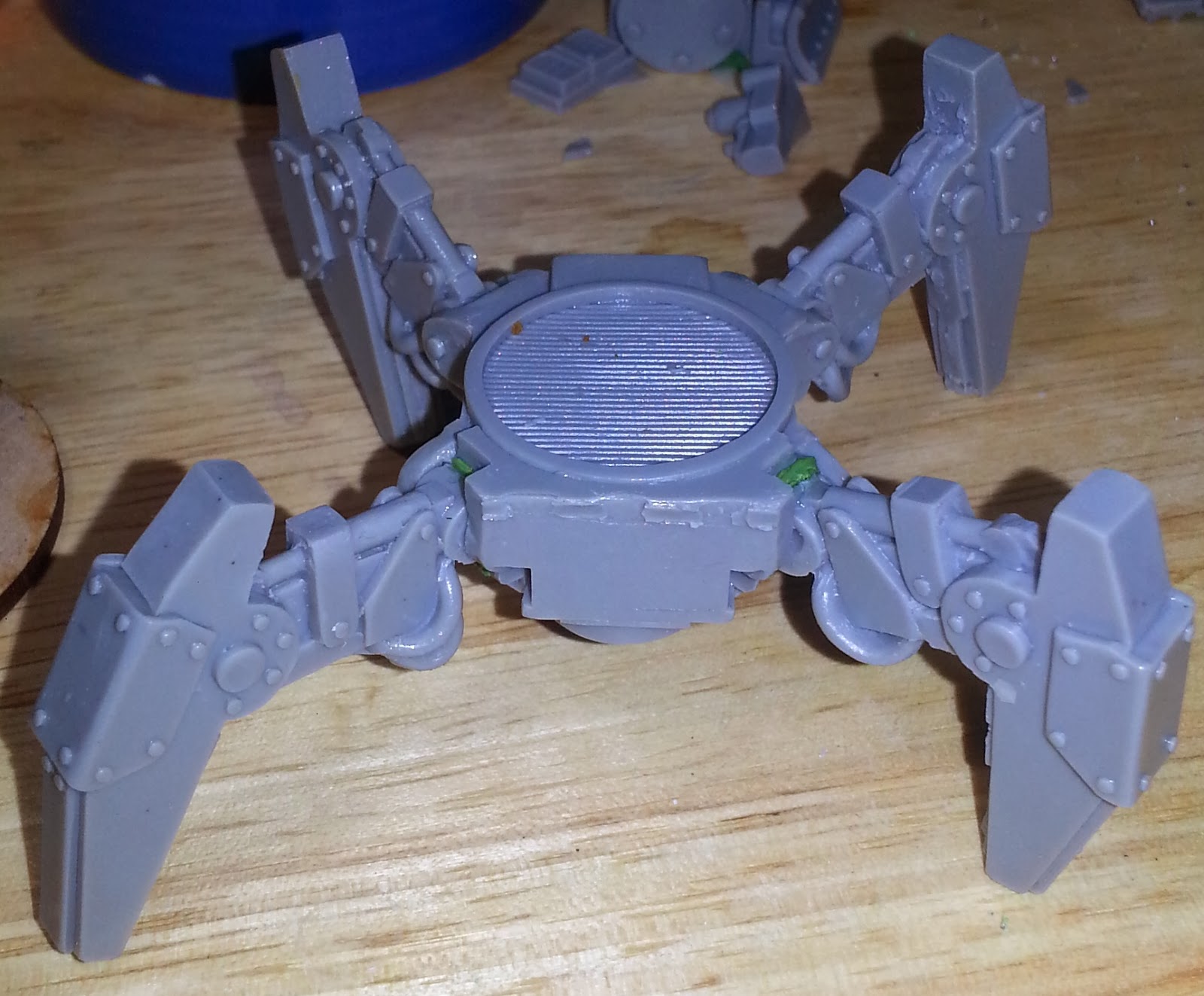 I then magnetized the quad cannon to make it easier to store. 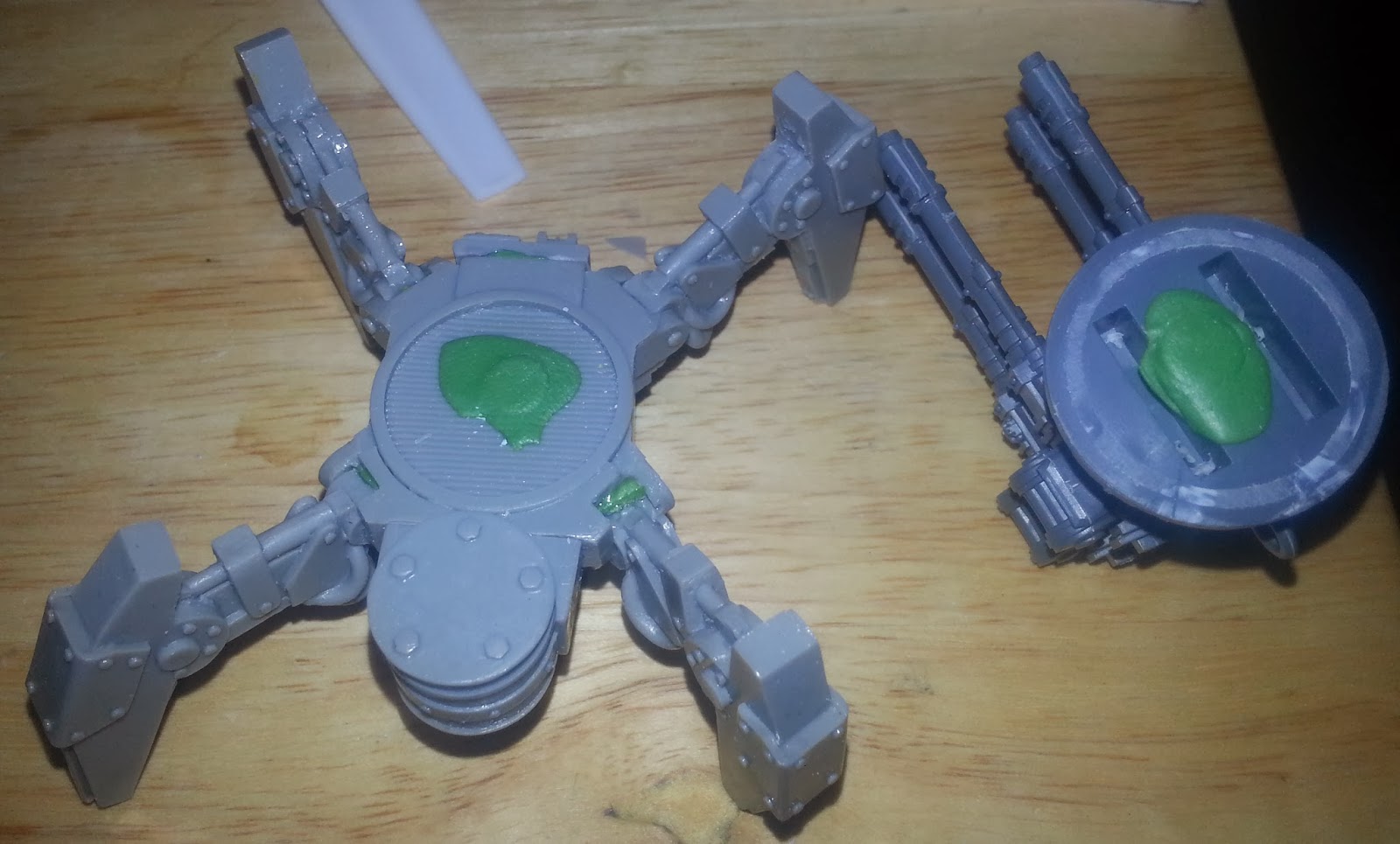 And poof I have my new quad cannon.  All that is left is to find some Aquila bits to make it fit with my IG army. 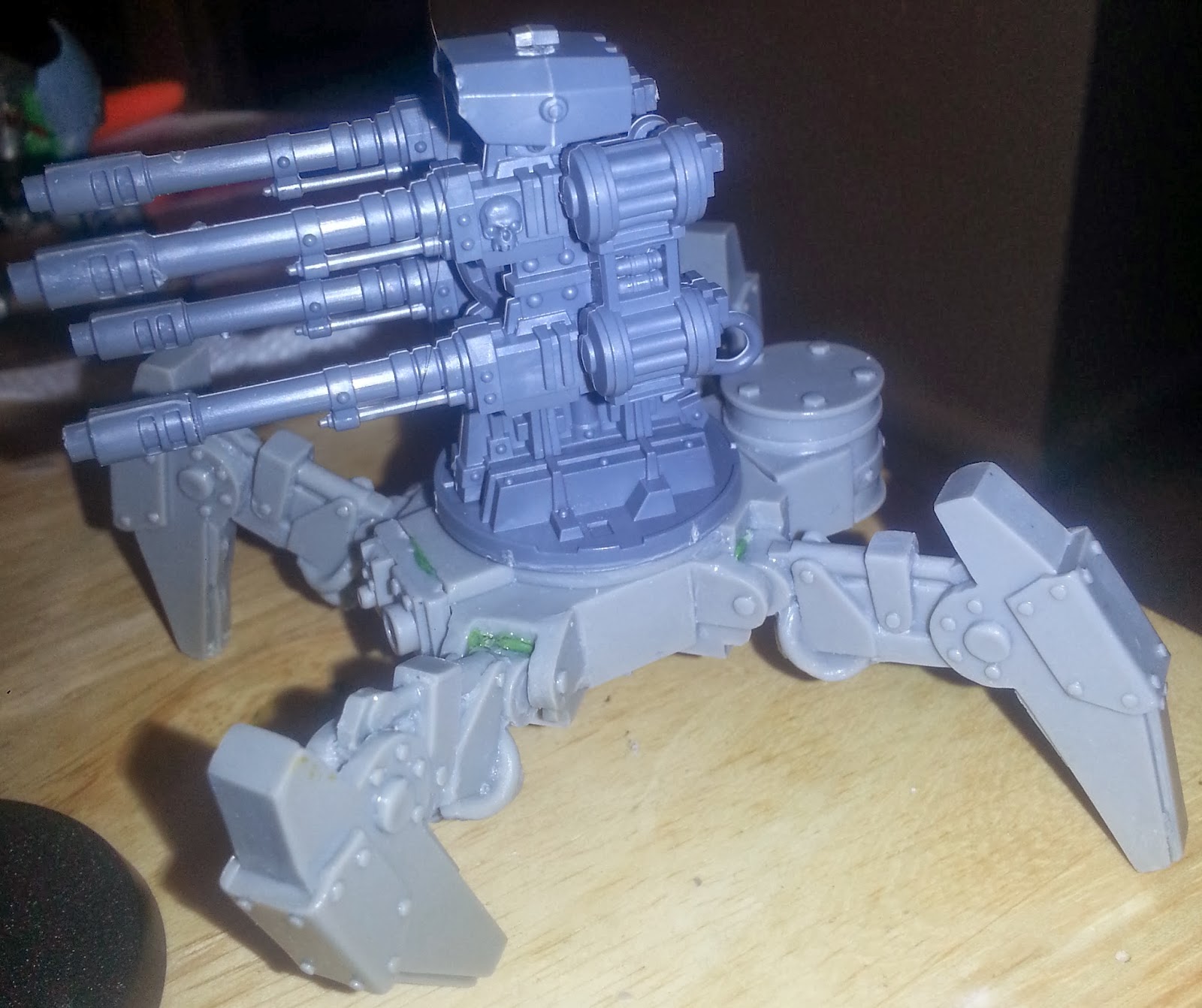 After this I decided to finish out the Hive Guard from the new box. All three can use either of the gun options. 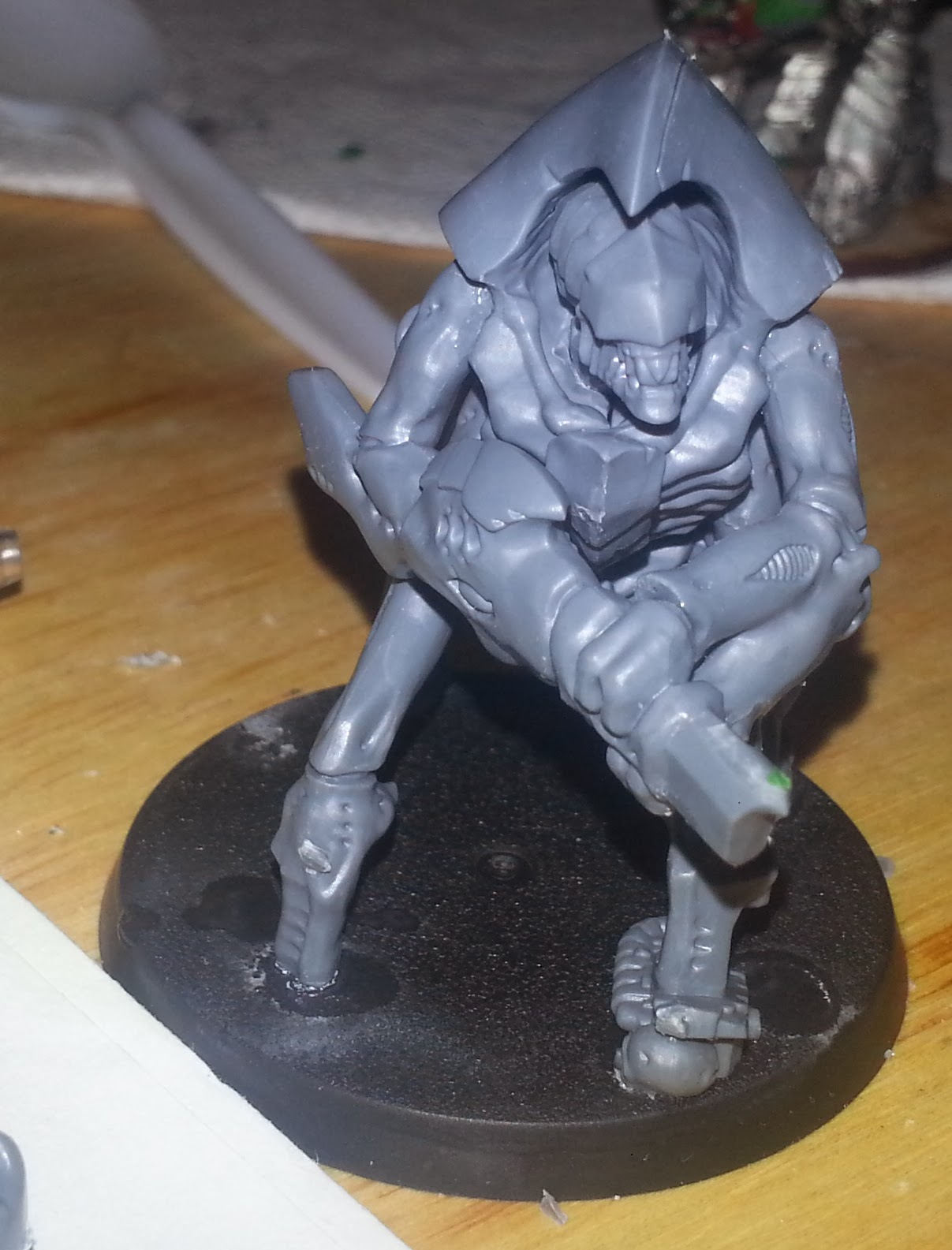 And finally I countinued to work on the tyrant guard. I attached the other side of the shield and started the process of blending it into the model so it looks like it is meant to be there. That's all for now. I only have the harpy left of my new kits left.  I have been thinking  to work on a Prime. I am not sure I would ever use one though.  Maybe I should get back to painting orks >_<