Codex dropping soon and I am overhyped 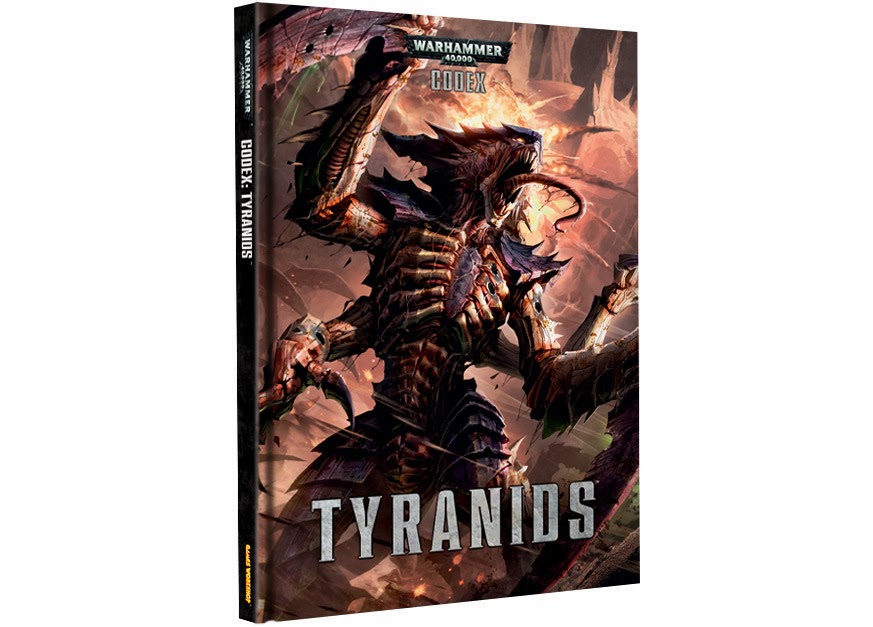 With all the rumors flying around I think I have already peaked and now am on the downward spiral of gloom.  I wanted this codex to be so good that every rumor looks bad. There are some sites out there with claims of book in hand. I am trying to keep my hopes up and not get depressed about things before I read the book.  in the end I will still play with my bugs.  I love them.  Tyranids always adapt.  I learned to play the last codex after the total nerfing we got.  I am sure I can adjust again.

I have pre-ordered my book, cards, and new models.  I like the looks of the new big monster but doubt they will be good unless used in multiples.   Which plays into the hands of GW no news there.

I am kind of miffed about not getting and invulnerable saves though. I have not seen any rumors giving us any. It would suck that the Tau and Eldar monsters would be better than a race of monsters.  with both having 2+ jump and at least options for invl saves makes me want to cry.  There is enough S 6 ap 2-3 out there that most of my monsters disapear without even a save.

The rumor of no biomancy and the sad list of built in powers sounds worse. Off of the list there is maybe 3 that I might use and only in certain situations.  Then again it was always a gamble rolling on biomancy looking for endurance or iron arm.  I will probably just ingore the psykic part of the codex as much as I do now.  My tervigon will hurt the worst since I always had catalyst.  If I can lock that skill things won't change much.  I hope they revamped the powers a bit if that is all we get.

I like how everyone thinks that the harpy or crone will dominate the skies.  it is hilarious.  The way I see it with a little luck the quad cannon will take it out before it can even shoot.  4 S7  ap4 shots will take off 3-4 wounds and then we have the grounding test which if failed will take another wound 5/6 times.  We don't have to count other fire from the squad manning the gun this bird is cooked on delivery.  I can't tell you the last time I played a game without an opponent using the quad gun.  Oh well.

The new big guy has some strong short range fire so I like him.  I will prob use a different head because the grin is silly but he has potential.  He is probably only T5 or 6, with a 3+ save, and 5 or 6 wounds.  I have lost enough tervigons to know how long it will last on the field. The other guy is the new Maulerfiend but slower.  maybe they gave him beast or jump rule but I doubt it.  so it will be walk walk walk. Die.  Typical for a Screamer with out a drop pod. at least they had a bio-plasma shot.  Maybe his tongue will have a range of 12" and can pull something into combat with it.

Again it is all wish listing.

Lictors, red terror, rippers, and deathleaper all have rumors flying around them.  I never use them so not really hyped or sad about them.  I am sorry that named characters like the doom and parasite are gone.  I knew the doom was doomed (heh) But the parasite didn't hurt anyone.

Ymgarls are also out... this is kind of sad since it was the only means of assault protection out there.  Genestealers are still over-costed and fodder for bolters and pulse rifles. I used to have hormagaunt screen for them but I started using ravergers.  They move a lot faster so not as much  time out in the open.

There is a lot to look at.  If the rumors are true and no rules have been missed I am going to need mix up my army and hope I can figure a new way to play.  It sounds like instinctive behavior is  our chapter tactics and battle focus and they sound horrendous.  Then again that is why you always stay in synapse.

I guess we will see.  No use crying over it now.  Maybe on Saturday but not now. No matter which way it goes my bugs will adapt and continue to feed.  When one dies another will take it place.  It might take me a few games but I will find a way.  At least this way the band wagoners will not be here long and people will be shocked to play my bugs just like they were last year.