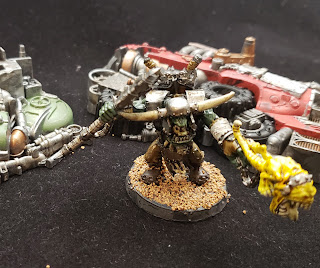 After finishing my boys, I decided to repaint an old metal warboss that has been around almost as long as the custom big shoota boy that was in my last post. 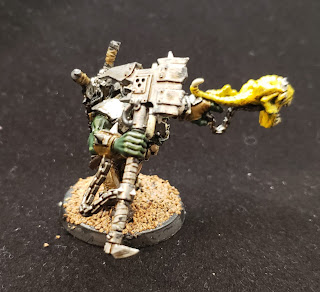 There has been a lot of talk about warbosses with a big choppas instead of power claws. Since his arm never wanted to stay on before, I decided to give him a big choppa instead. 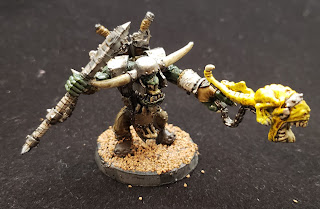 His squig used to be a badly painted green so I thought I would fix that and match my other squigs so I painted him yellow. I have done a few squigs like this now and I am happy with how they are turnning out. 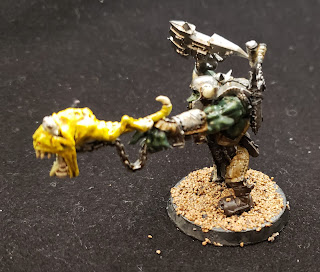 On the field I am not really sold on the big choppa. I like hitting on 2's and saving 11 points but I want my boss a little more hard hitting. The power klaw is still my weapon of choice most of the time but for my second boss maybe the choppa is the way to go. 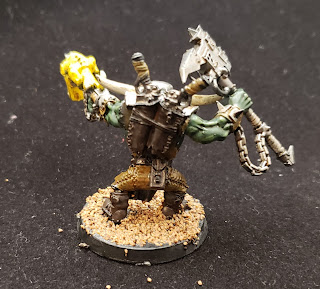 Keep a look out for my Shockjump Dragsta coming soon. It is next on the painting table and we should see it soon