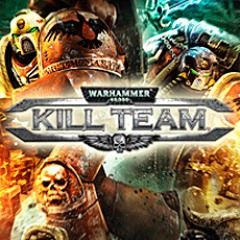 I just played my first game of Kill Team. It is a bit more complicated than regular 40k but It is much smaller.  The one thing I found out is that I needed some new models for my team. 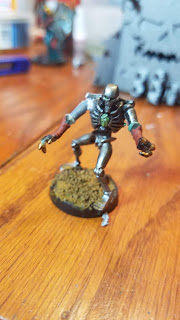 I have 20 warrior bodies that I intended to make into flayed ones.  I wasn't sure how I was going to model the claws since I couldn't find a good replacement for the ones Games Workshop makes I tried a couple of tutorials but I never could make it look right.  I then tried to use hormagaunt talons but in the end I wanted to use hands.  I was about to give up until I found some old Mage Knight figures. 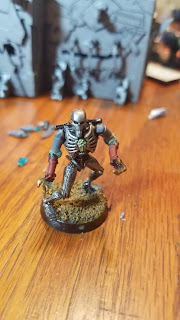 I found the hands from the solonavi siren has the look and feel as claws for my flayed ones.  Here I have five or six of these so I am going to have to make a mold for them if I am going to do a full twenty man squad but that is a problem for another day.


The next step is the skin or in my case a cloak. I plan on using the method found here. It seems pretty easy and will be a bonus technical project for this month.

So, that is all I have so far.

I have another game Thursday.  Maybe I will take a few pictures and give a first impression recount for you guys.