Went on vacation this last week, and got quite a chunk done for the Renegade Army - about twenty five more cultists! This, plus the final four primaris Black Templars are done as well. So that's one entire army finished! I also made some more progress on a recently rediscovered Priest, and finished an objective marker for the Renegade army as well. Anyways, here, enjoy some pictures. 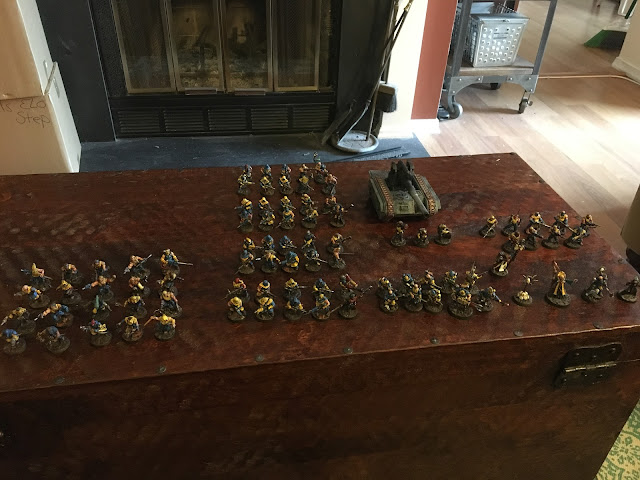 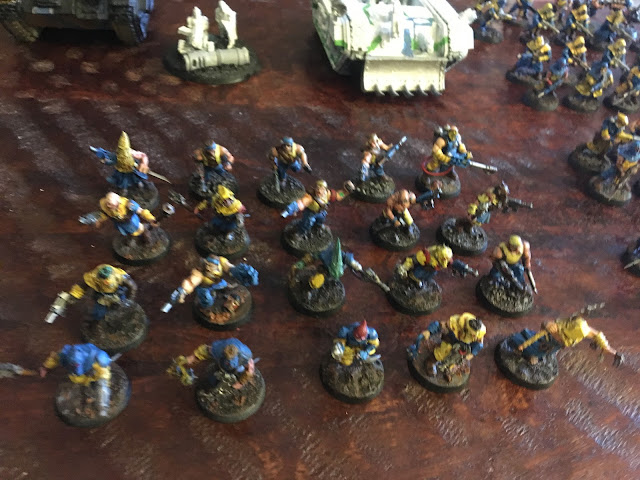 Not the best photo, but the close combat squad of cultists. 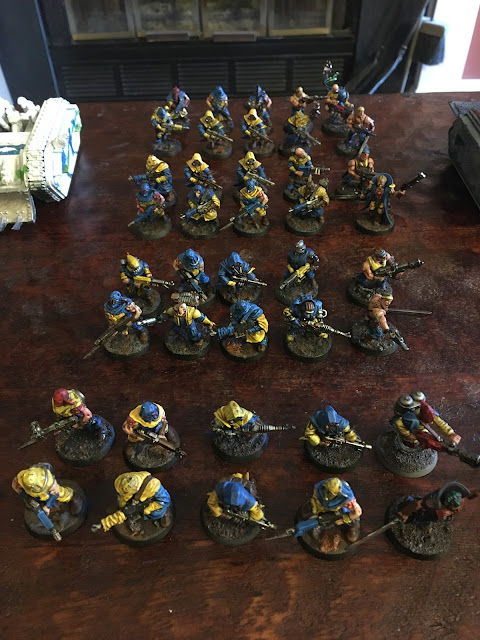 Organized groups of either counts-as guardsmen or renegade militia squads. 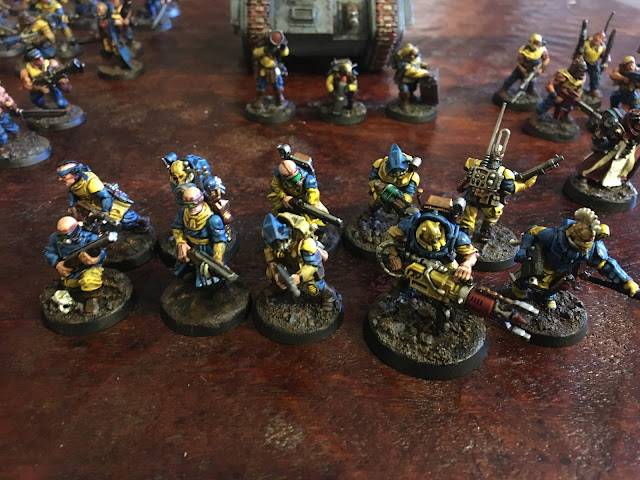 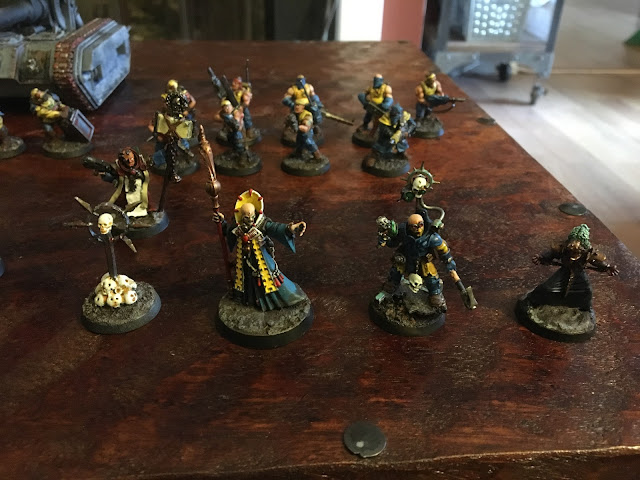 The objective marker, plus the command staff. 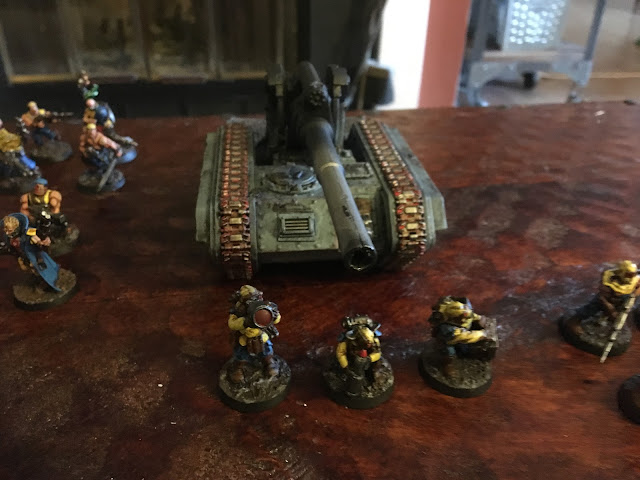 The finished artillery crew with the nearly done basilisk. I've been using an airbrush to do some work on it, and really happy with the weathering that I've been able to get on it. Here's some in progress shots. 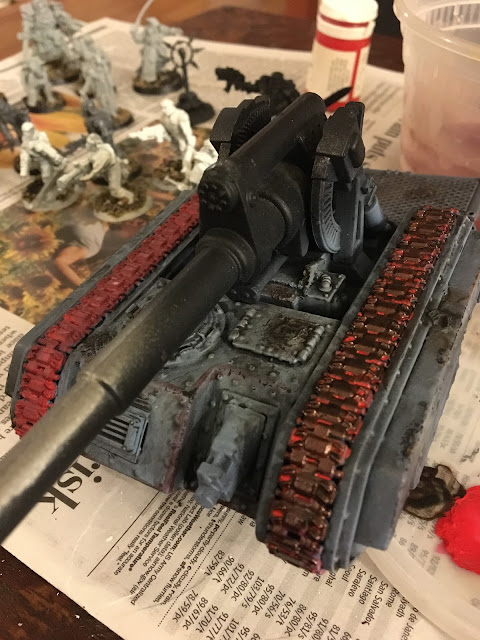 Comparison to other vehicles in the fleet. A bit dirtier than the loyalist taurox, and a bit more utilitarian than the camouflaged Leman Russ. 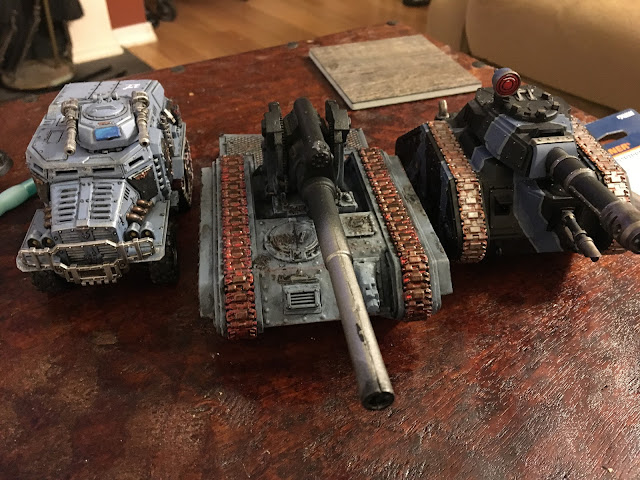 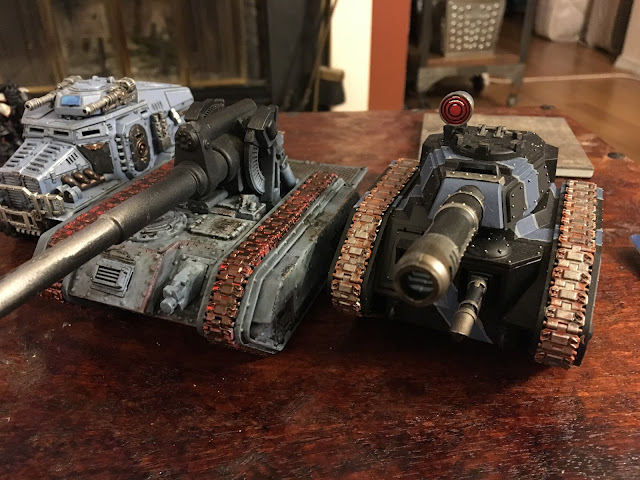 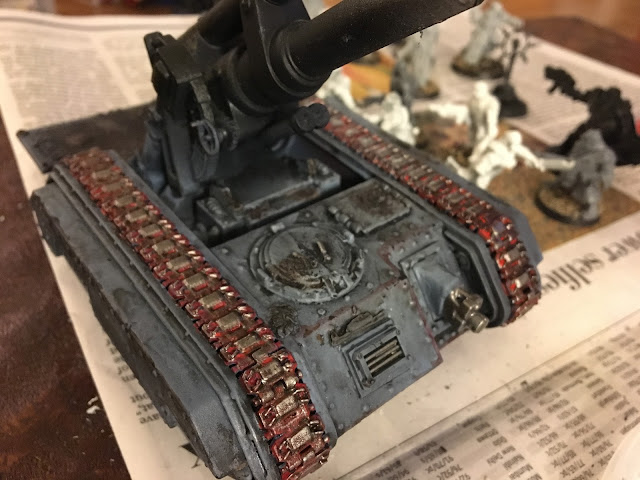 Here's a look at the cultists as they were in progress. Three new flamer miniatures! 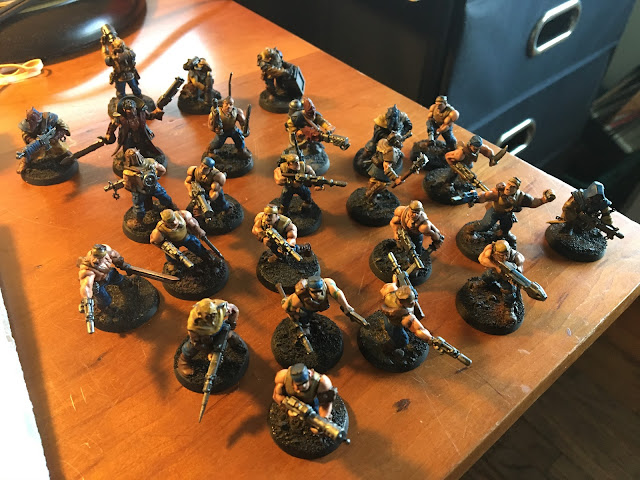 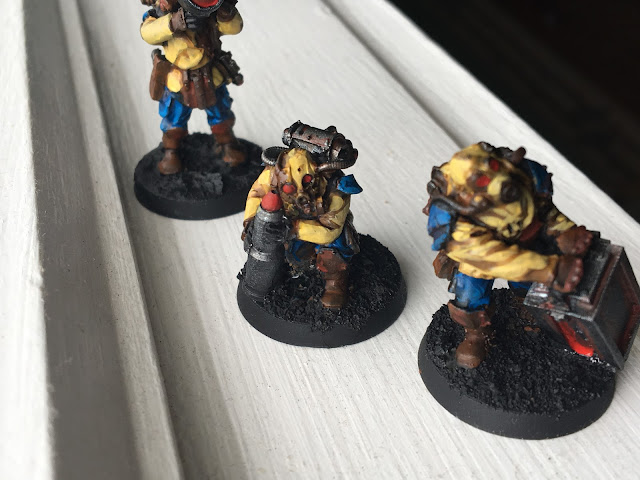 The forgeworld renegade artillery crew. I love the poses. They'll grace the back of the basilisk. 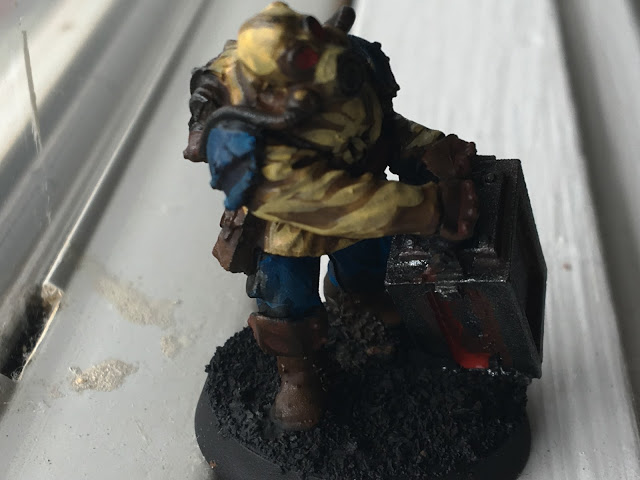 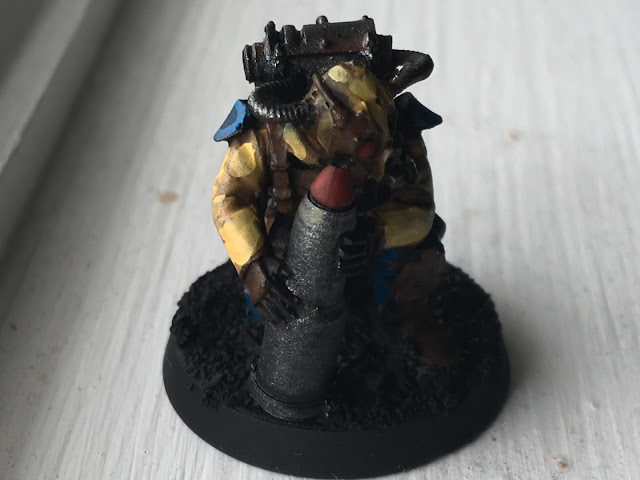 Finally, my current favorite miniature from the group. I really worked hard on the cultist flamer man. You'll notice the weathering on the flamer and cannisters as well. 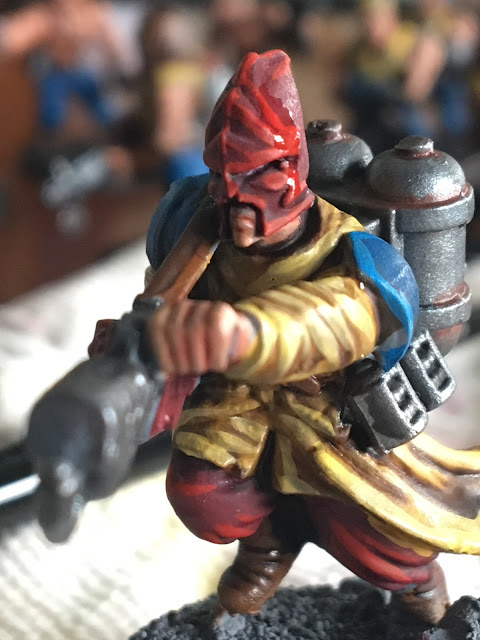 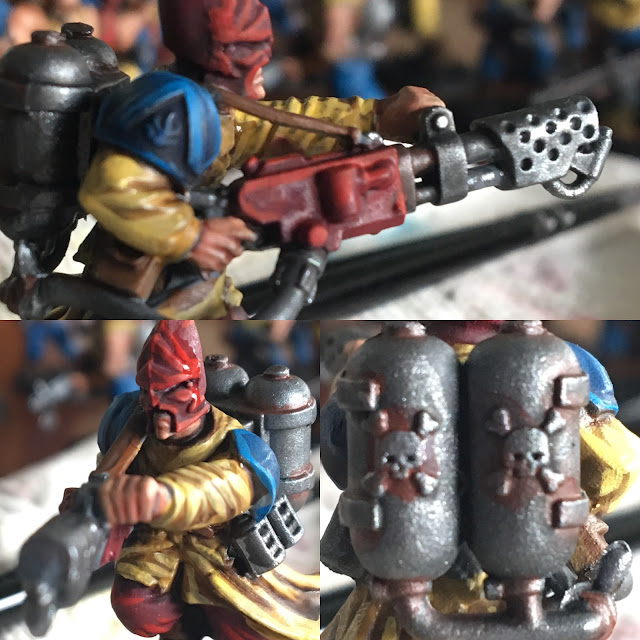 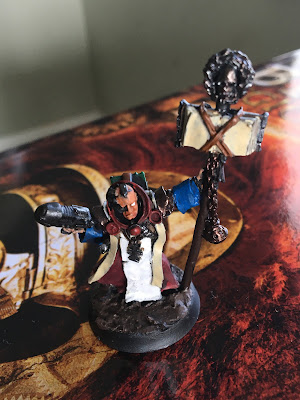 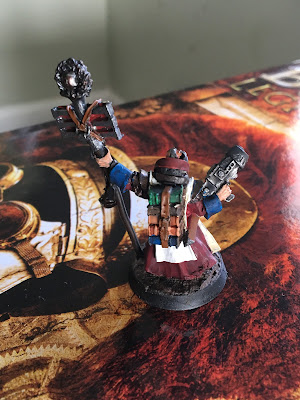 The priest isn't done yet, but really just needs some writing, more washing, and he should be good to go. Perfect for either the renegade or loyalist army (as there aren't too many loyalist symbols on him!)