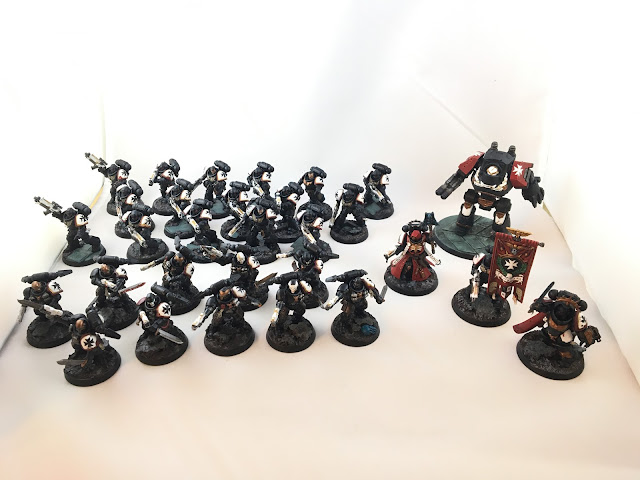 Howdy! Seems to be a trend here where I and Grendal both disappear for long periods of time only to reappear. As usual, insert standard excuses of real life, other hobbies, and day jobs getting in the way. Here's what I've been working on, and just recently finished up.


You may remember these lovelies from several months ago. 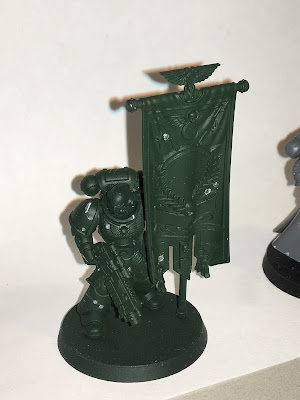 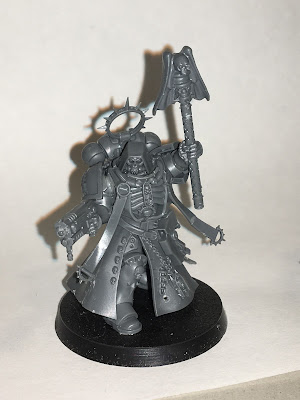 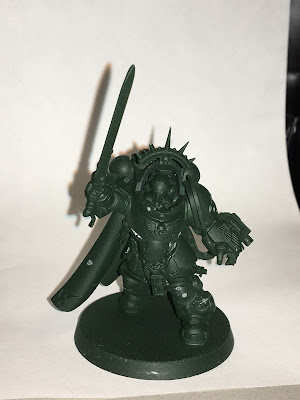 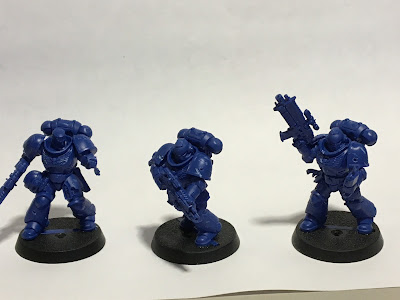 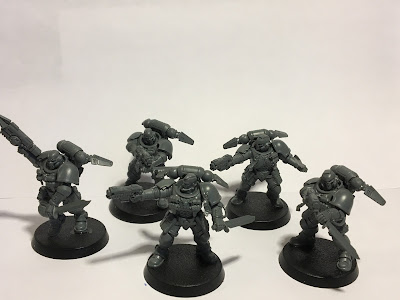 Above is just short of a thousand point detachment of Black Templars. The 'list' is as follows.

Is it amazing game play wise? No,  but it's a great ally list for a guard unit (which is what I plan on using it for). 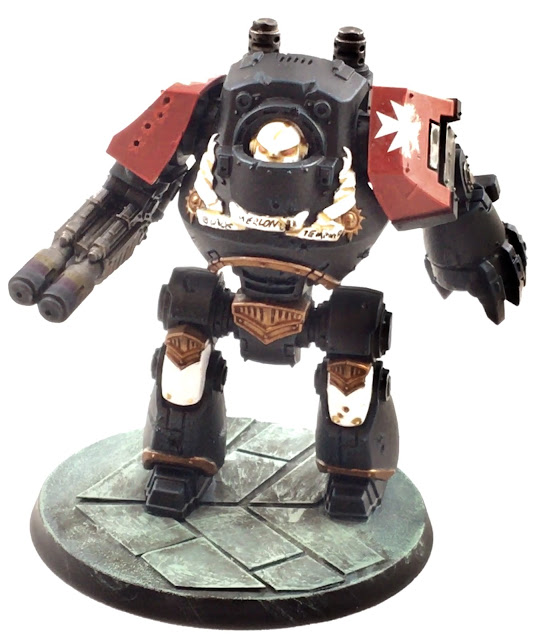 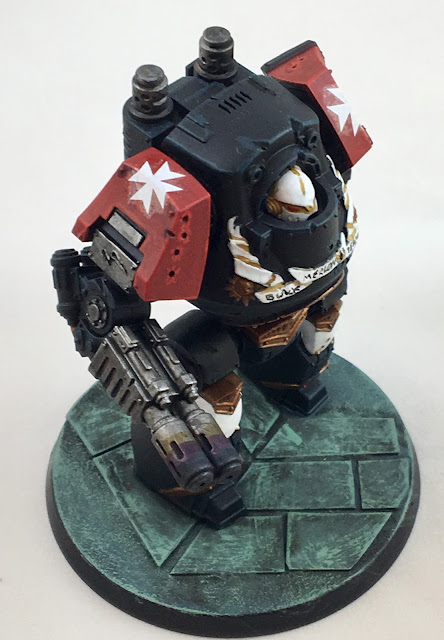 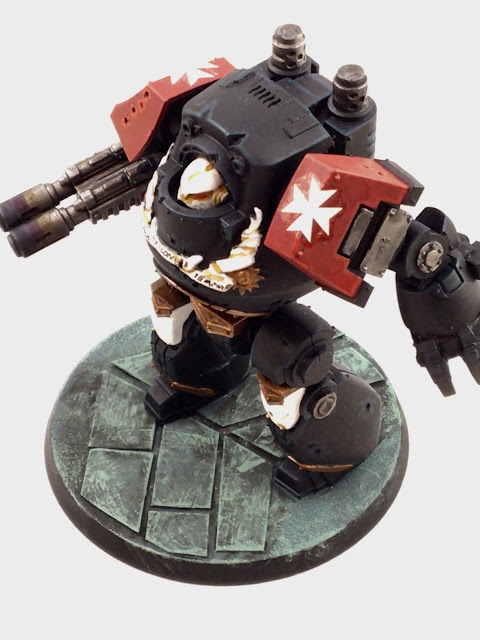 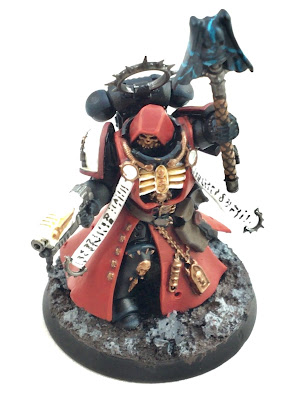 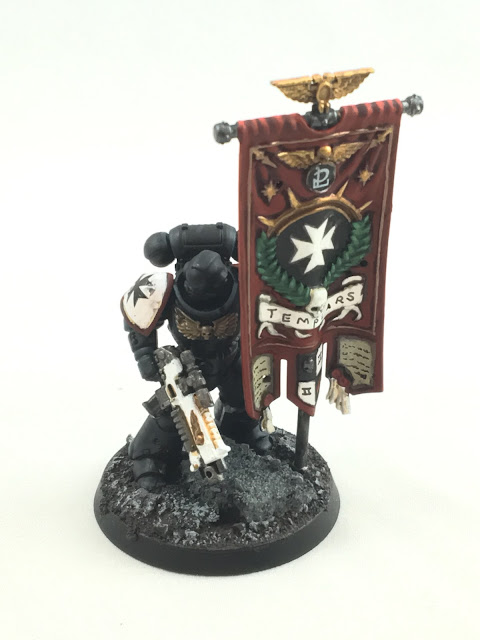 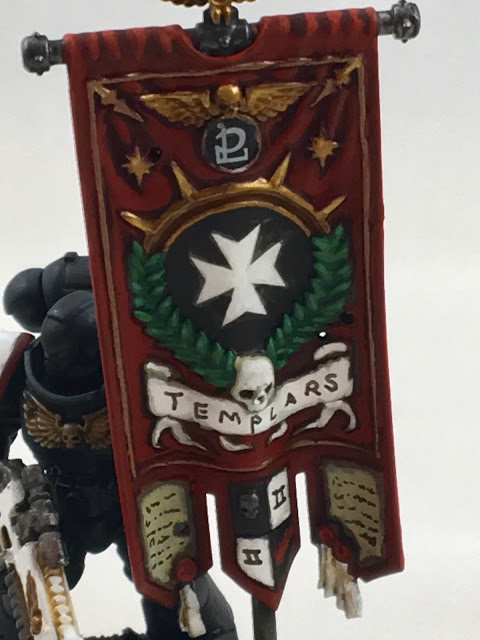 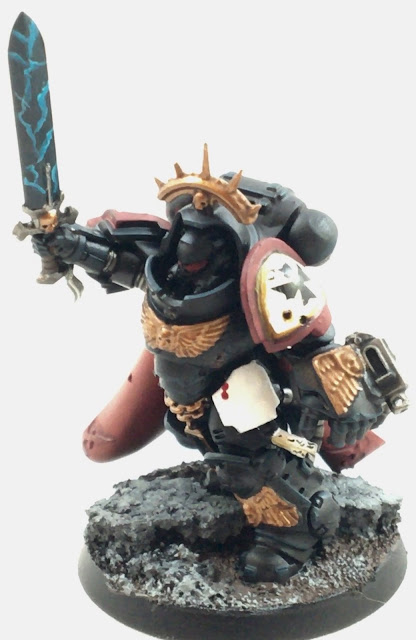 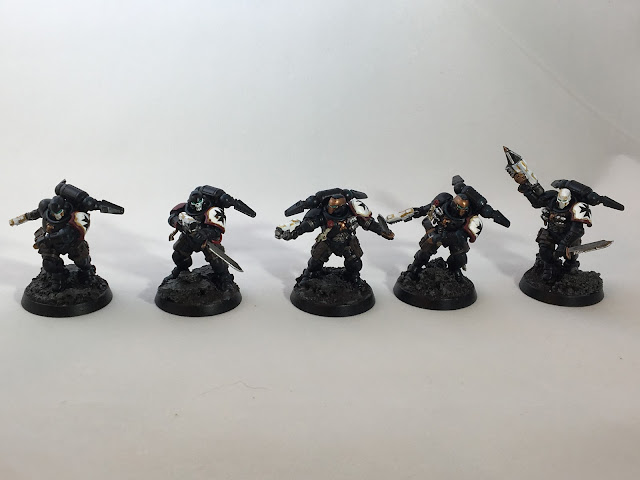 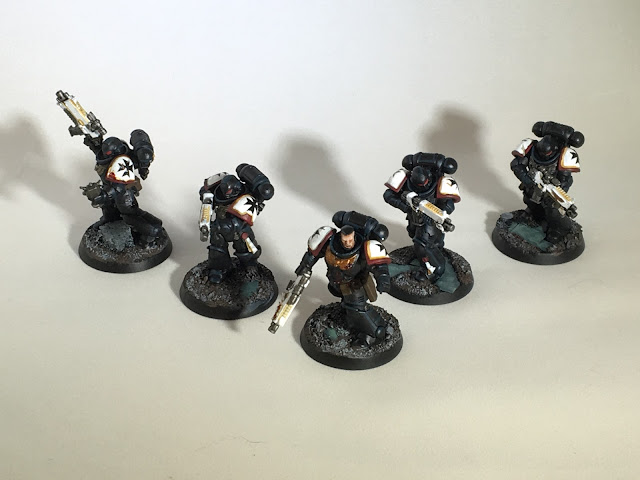 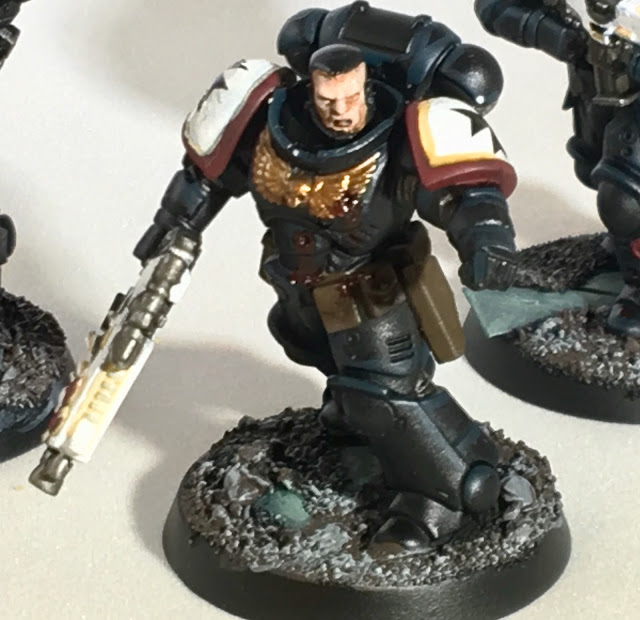 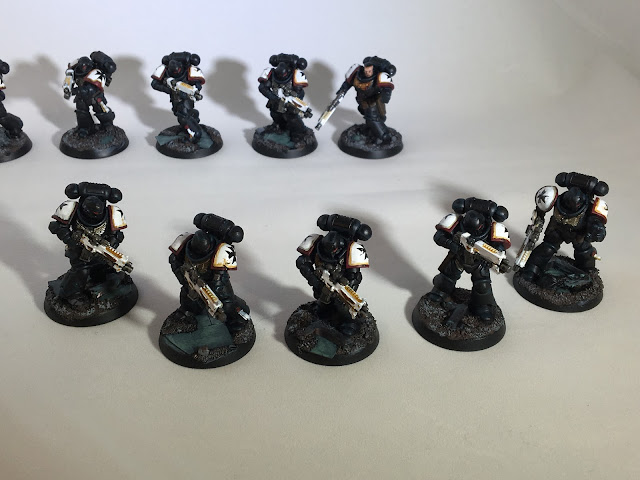 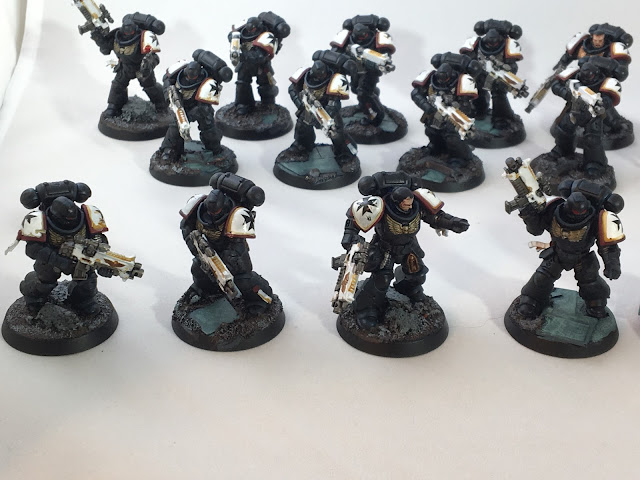 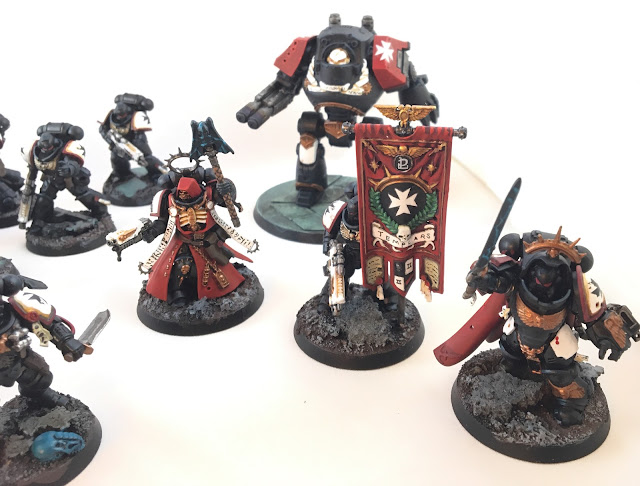 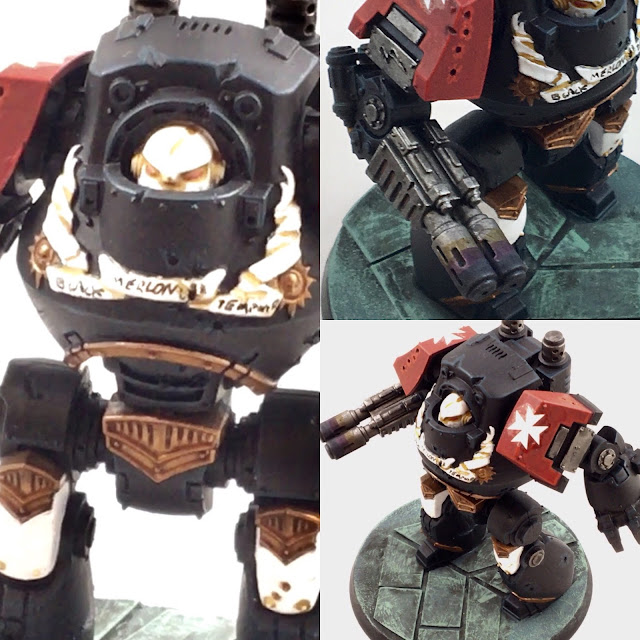 Everything in the army except for the Reivers are 'Easy Build' or from the starter sets, which meant this army was quite cheap to purchase. As a result, I felt like I had a bit more freedom to weather them up.  I purposefully battle damaged this entire detachment using a hobby knife, file, and hobby drill prior to basecoating. Then I also used a hobby knife after adding the decals to scratch away and provide more low level damage to the shoulder pads.  I followed Duncan's heat scorch tutorial for melta guns on the dread, just using blue, purple, and sepia washes. I also targeted the wounds on some of the marines and added Blood for the Blood God into them, trying to get a realistic dripping pattern. Finally, to get the lettering on the banner and dread, I used a Sakura Micron .05 Pen and wrote the letters in. Hint - write the word out first on a paper, then start from the interior letters, not left to write.

Painting 'Ingredients' as follows. Everything is over a Black Primer.

And there you have it! What's next for this army you ask? Well... 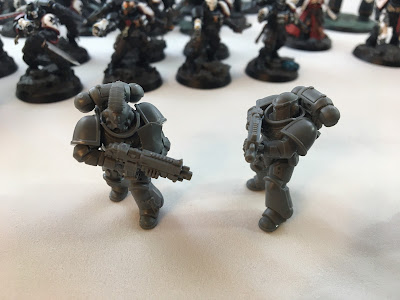 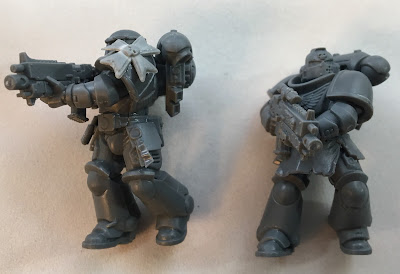 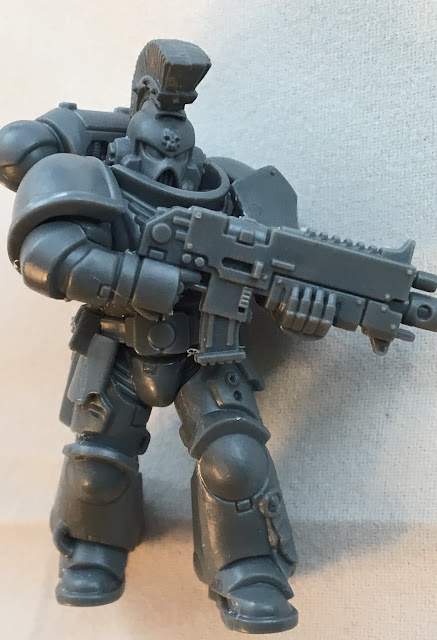 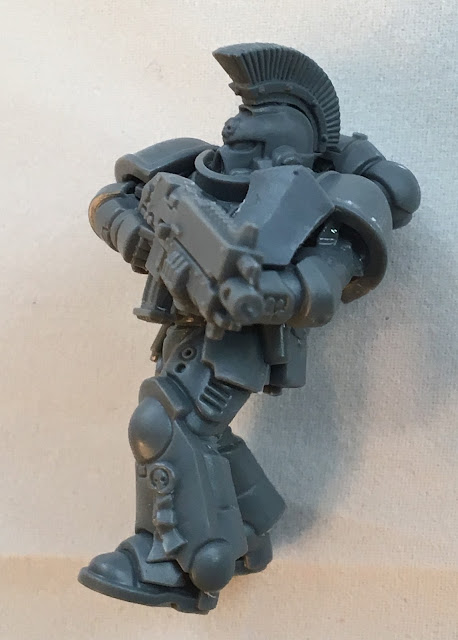 I've got four more intercessors to paint thanks to Grendal, and I may have a trade in the works for a Lieutenant or two. These four guys will definitely make the intercessors look more 'templar-y' which is obviously my goal.

Then it's finished. I have no desire to make 2000 points of this army, and may be tempted to sell it. I loved painting it but I already have three other power-armored armies, and I'm running out of room to store them. Originally it was designed to represent the Black Templar portion of Hive Helsreach' defense, from the novel/audiodrama, and I think I've reached that. Thoughts? Opinions? Quite honestly money is going to be tight for the next 3 years, so I know that the hobby portion of the budget will take an appropriate hit.