I've been doing tons of painting and building work recently (since it's summer, hence free time!) so here's the result. Another chunk of cultists for the Wisdom Hunters Army, and the assembled FW Malcador Annihilator. 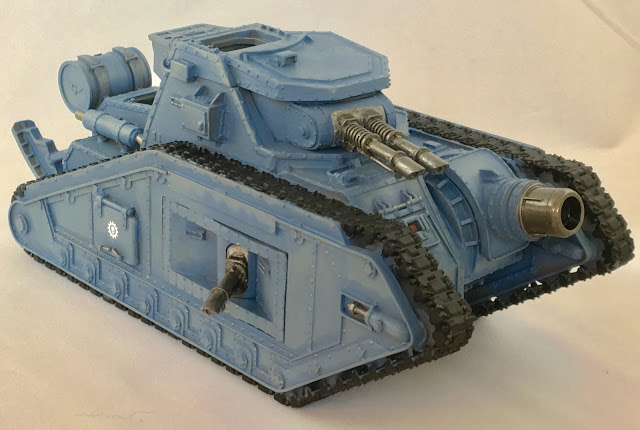 As you can see, it's painted relatively plainly. This is on purpose, for both the lore and the armies. Primarily, the Malcador is seen as a second line tank - used for PDFs and held in reserve in massive warehouse planets such as Vraks (hence it's introduction with the Siege of Vraks book, and it's place in the hearts of many a Death Korps of Krieg infantryman.  Size wise, it's bigger than my salamander (chimera) chasis, and much larger than my renegades Counts-as-sentinel (Humber Mobile Support Vehicle).

Thoughts on the kit - definitely the biggest resin modeling job I've had to do. Biggest challenge was reheating the parts to smooth them out, this took at least a few days. Once the pieces were straight, the WORST THING ever about this tank was the tracks. And this is coming from a guy who has built at least twenty different tanks. There were no directions for assembling the tracks, which meant my tracks are definitely a bit wonky. I'm still a bit frustrated by this. (Insert grumble here). 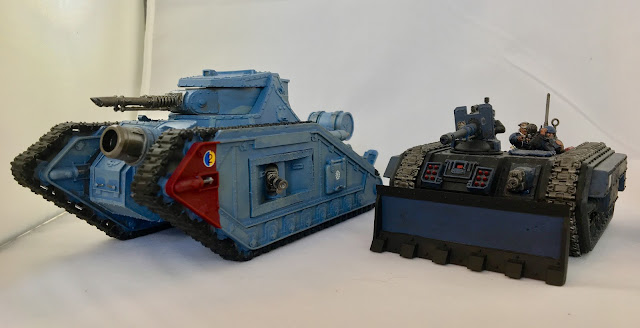 Other than that, the kit went together simply, and was simply primed grey, painted "The Fang" equivalent of Shadow Grey (old school GW color) and then Drybrushed a lighter grey again. I'm not planning on weathering this beyond using some nuln oil type wash on all the rivets. This thing has been in reserve, not out in the open.  The turret crew is still under construction, as they give you both renegade and loyalist crew, so I'll have to paint both! Another small annoyance is that Battlescribe refuses to update the Renegades List, so while I own an Annihilator, I can't officially buy it for the army (so I buy the other version offered and make the points the same) > Four Lascannons and  Demolisher Cannon are lots of fun. 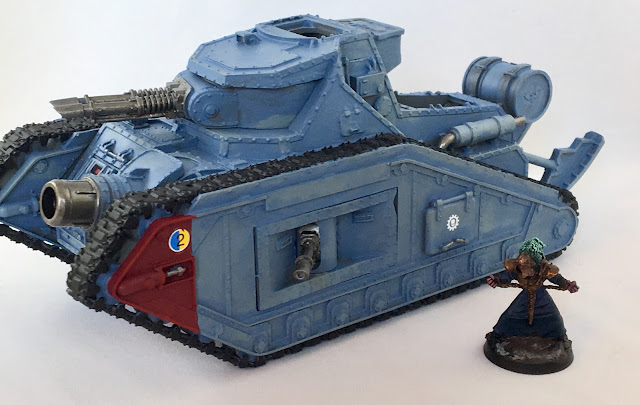 Renegades also got some love, as you can see. A new Malefic Lord (A Dark Eldar Medusae figure, for much cheaper than the real thing). Now the Wisdom Hunters can run two (my friends won't love it, but the army needs it), and I think the model looks awesome, much more 'mutated pskyer' look. 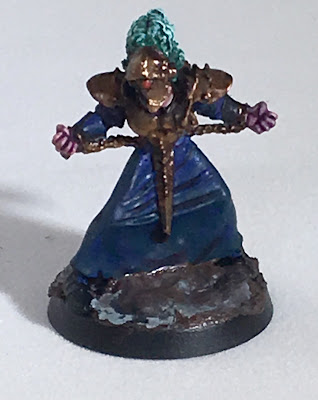 Also assembled, primed, and painted 14 more renegades. Now I can officially run four squads of ten, or two sets of twenty, with some to spare. I also spent time making sure these guys had more of the 'pistol and close combat weapon' kit, since those guys do two attacks, rather than one, in close combat. 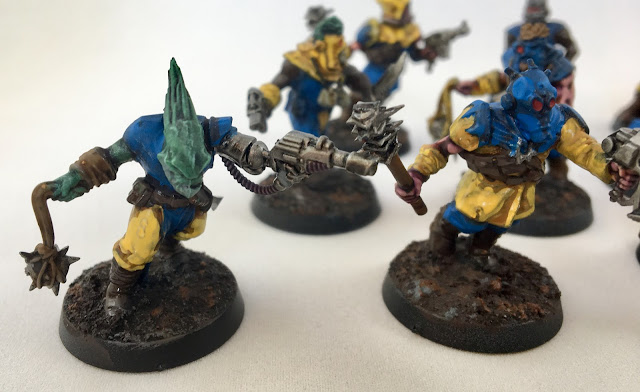 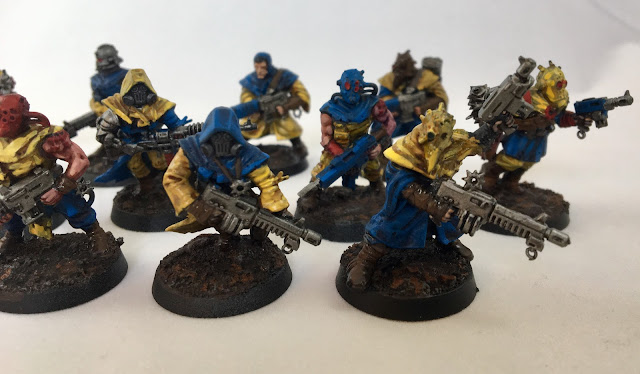 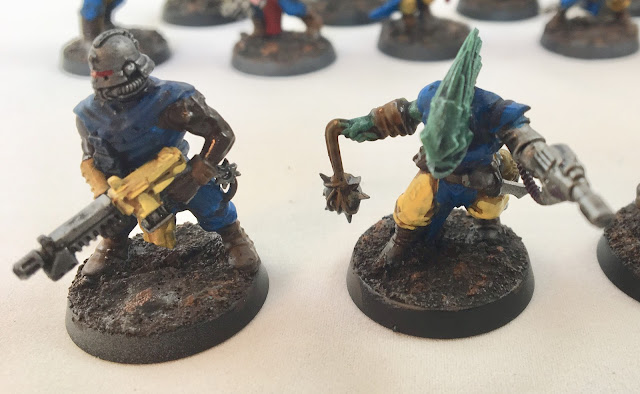 This is one of my favorite conversions, a renegade Kroot. A simply head switch, plus an army switch to add biotics. The guy on the left I wanted to try my hand at painting darker skin tones, which I think adds to the realism of an army of renegade murderers far in the future. Also, a convenient  head swap from the ever useful Admech Skitarii kit rounds out that conversion. 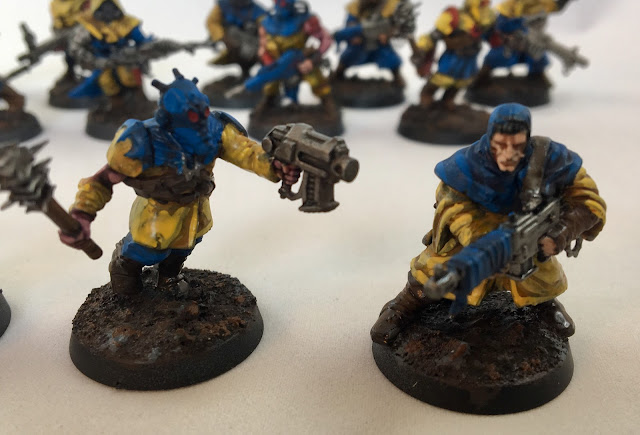 These guys got simple weapon or head swaps. The Brettonian Archer Kit adds some great hooded heads that are different from others and look particularly rough.

So what's next for this army? With FW Discontinuing the ENTIRE RENEGADES RANGE (EEK) I threw some money at three key things.

1.) The renegade artillery crew > This will go with my Basilisk artillery carriage (read, simply the artillery piece not a tank) and be swapable with loyalist crew.
2.) The Renegade Command Squad > These guys are the most chaos-y looking group, and come as models, not as bits, so I don't have to raid the bits box as much.
3.) The actual renegade psyker models themselves - This means I'll now have four renegade pskyers, and can run them as either four Malefic Lords (My friends will hate me) or the much more fluffy lord and a group of three renegade pskyers (which is a unit).

Otherwise, I've got another batch to paint up from the old model bin - most are now of the catachan variety, so shading the skin different colors will be key to breaking up monotony. Also, the fact that my 15 year old self didn't quite assemble them perfectly only adds to the wonderfulness of them joining the army.