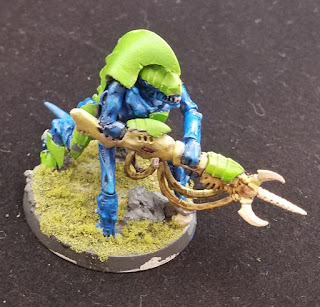 This week is not all about the Daughters though.  I also finished working on a model I started back in 2014. I am talking about my hive guard.

I picked up these models right as they were released and built the three hiveguard and used the leftover tyrant guard pieces to update my old metal tyrant guard to look similar to the newer model.  I quickly built and converted all of those models.  I painted up the Tyrant guard but my hive sat unloved and unpainted. That is until now.  I have completed painting one of the three and plan on following up on the other two as well. 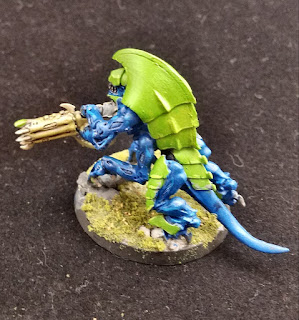 The kit is easily made to use either of the two weapons.  I tend to lean toward the Impaler Cannon since it doesn't need line of sight and is stronger. THe Shock Cannon though has a better chance to do more damage to vehicles.Maybe if I knew I would be going against a heavily armored list it would make more sense but for all comers list I will stick with the Impaler. 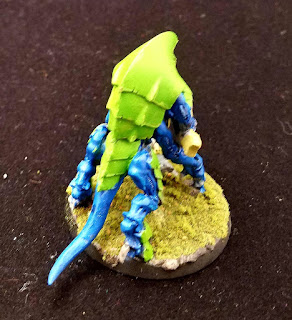 Once I finish these guys I will probably retire the old metal hive guard I have unless I am going to run bigger or more squads.  Right now I am running just one squad of three. 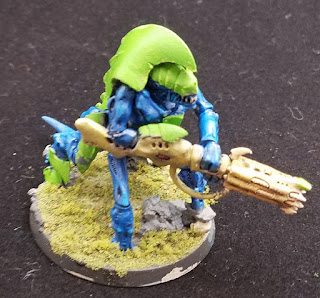 Next I will either move on to another hive guard, finish painting my captain or build the blood sisters.  Maybe I can do all three.  Until next time.