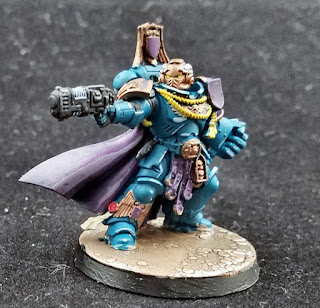 Last month I attended my local GW store's birthday celebration. They had a deal where if you spent $180 you would get the exclusive Primaris captain figure for free.  Let's say it wasn't hard for me to earn the free fig. 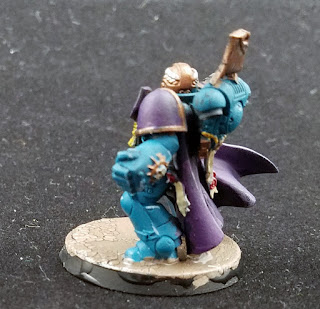 Almost a month later I have assembled him and painted him up.  He is in my usual Cawls' hammer paint scheme. This gives me a second captain to run if I don't want the sword and gauntlet loadout. 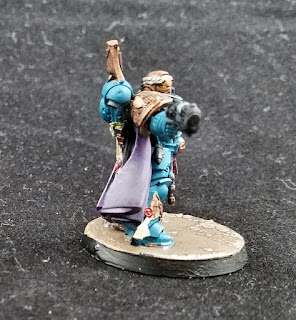 I am happy with the way he turned out.For some reason the plasma pistol gave me a hard time.  I might go back and try to retouch it but for now this guy is done. 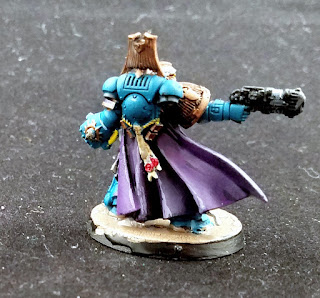 With him out of the way I am moving on to more projects.  I have started to build the second squad of Blood Sisters and still have several other items to work on.  I feel I need to magnitize my necron destroyers and catacomb tomb barge before the next time I use them.

Questions? Comments? Cawl's will be done!