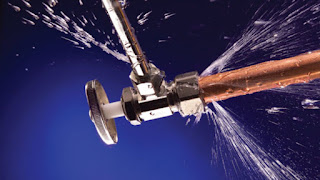 A post over on Bolter and Chainsword have some images leaked on a french youtubechannel. 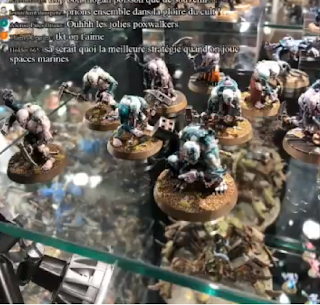 This first one is of what looks like a group of abberants.  It will be nice to have them available outside of the Overkill box.  I am sorry but mono posed models juts doesn't look right for a squad more than 2.  I will definitely will be picking up a box or two. 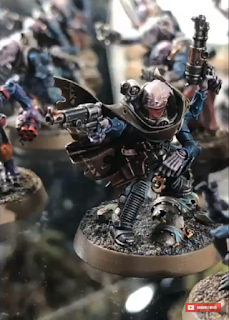 The other image people are calling the gunslinger. three auto pistols might not be game breaking but the model itself is pretty awesome. It looks to be a new primus character which will help  with same mono pose that the aberrants.  I know I want to run a couple of them to get my troops the best chance of getting a good cult ambush.

I am getting excited for the codex.  Right now it is hard to play the cult.  They need some tweaking to be in line with the rest of the armies.