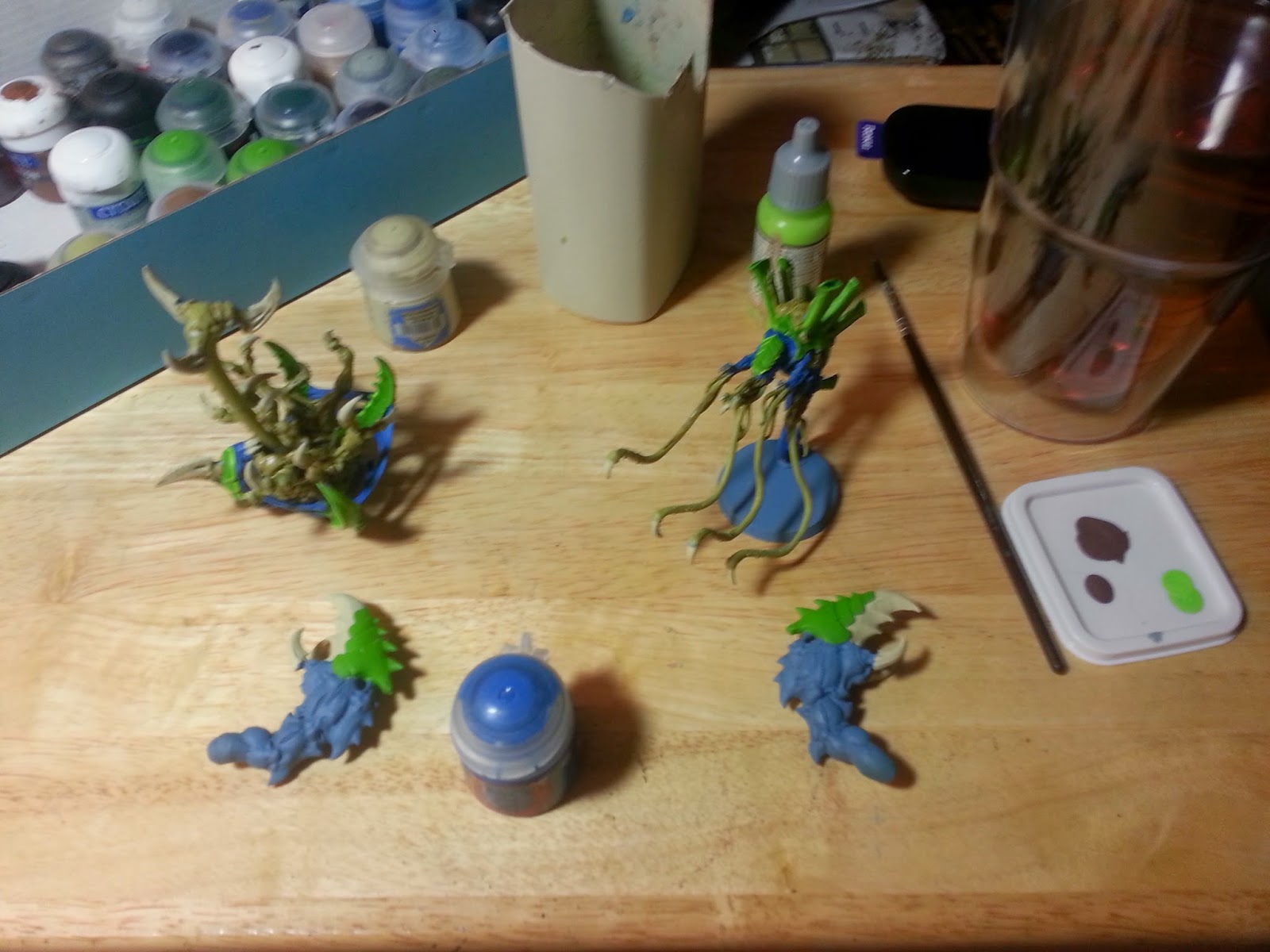 This weekend I continued to work on my venomthrope and since my Exocrine was finished I figured I needed to finish the Haruspex bits as well.

Starting with the venomthrope he is all done except the base.  it should be pretty easy I just have to do it. 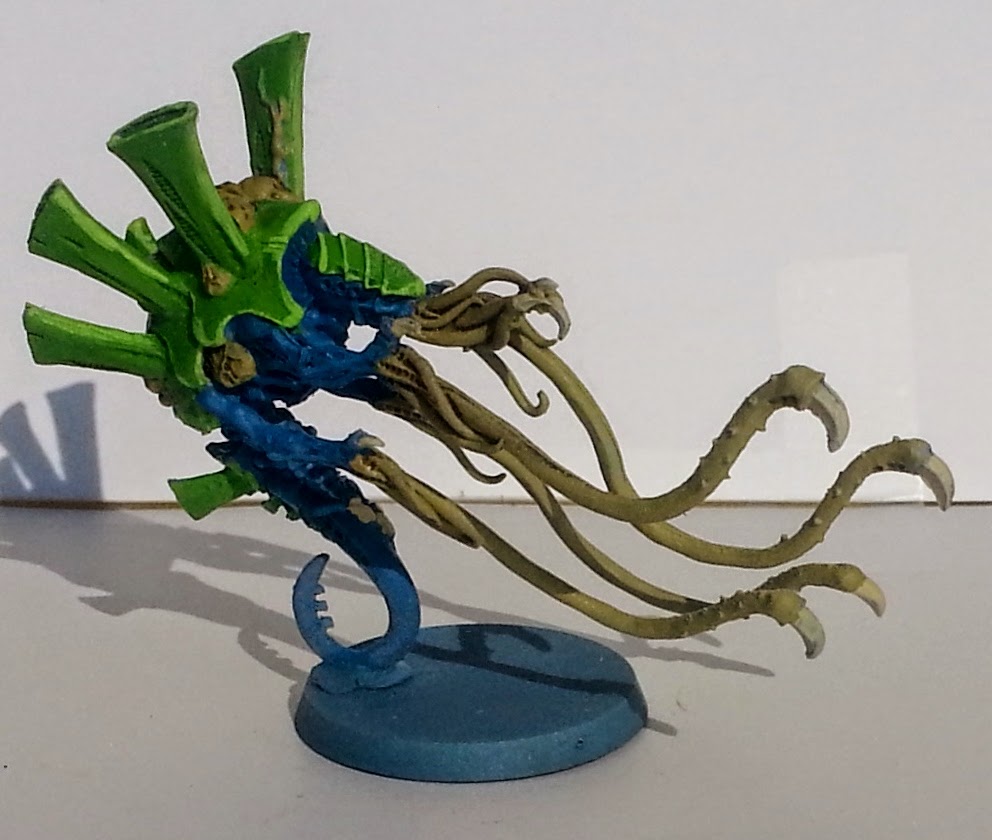 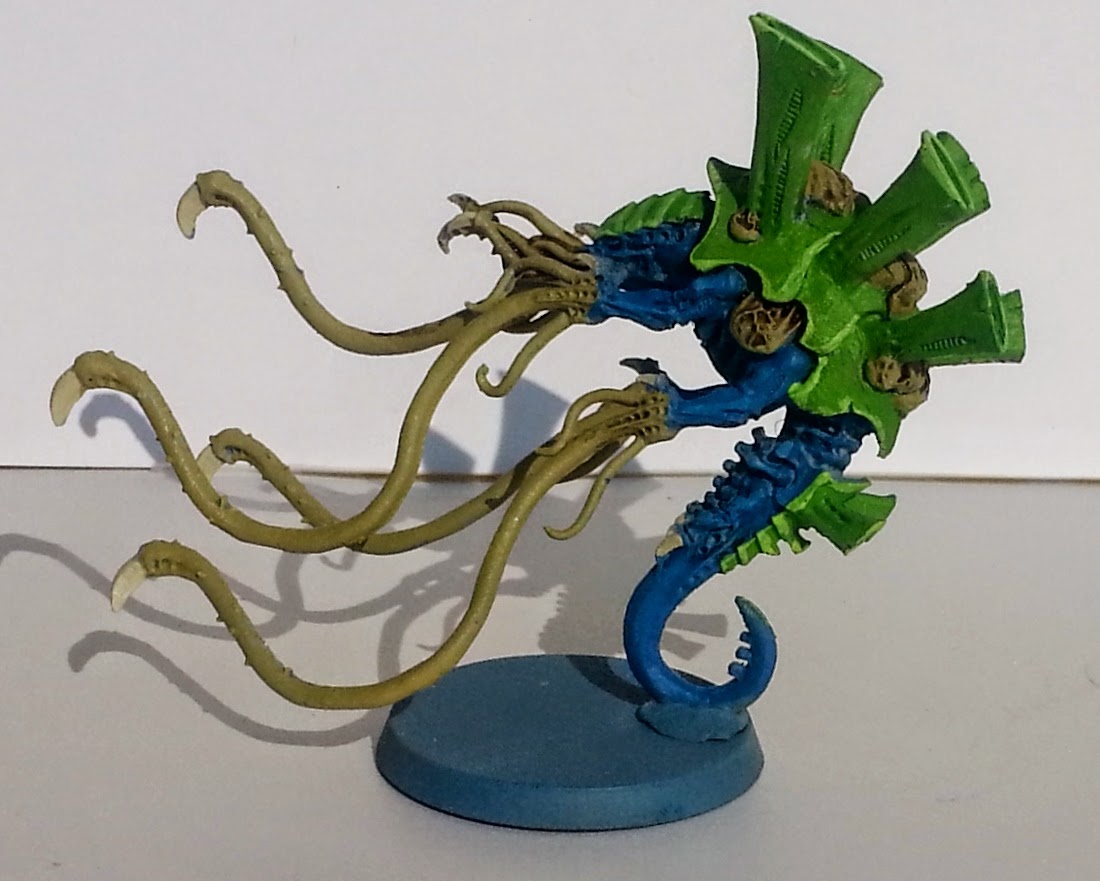 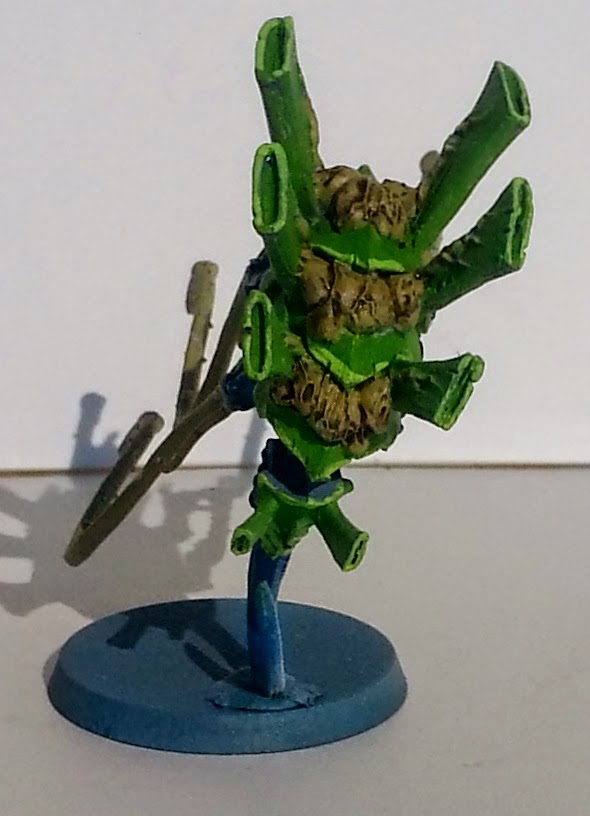 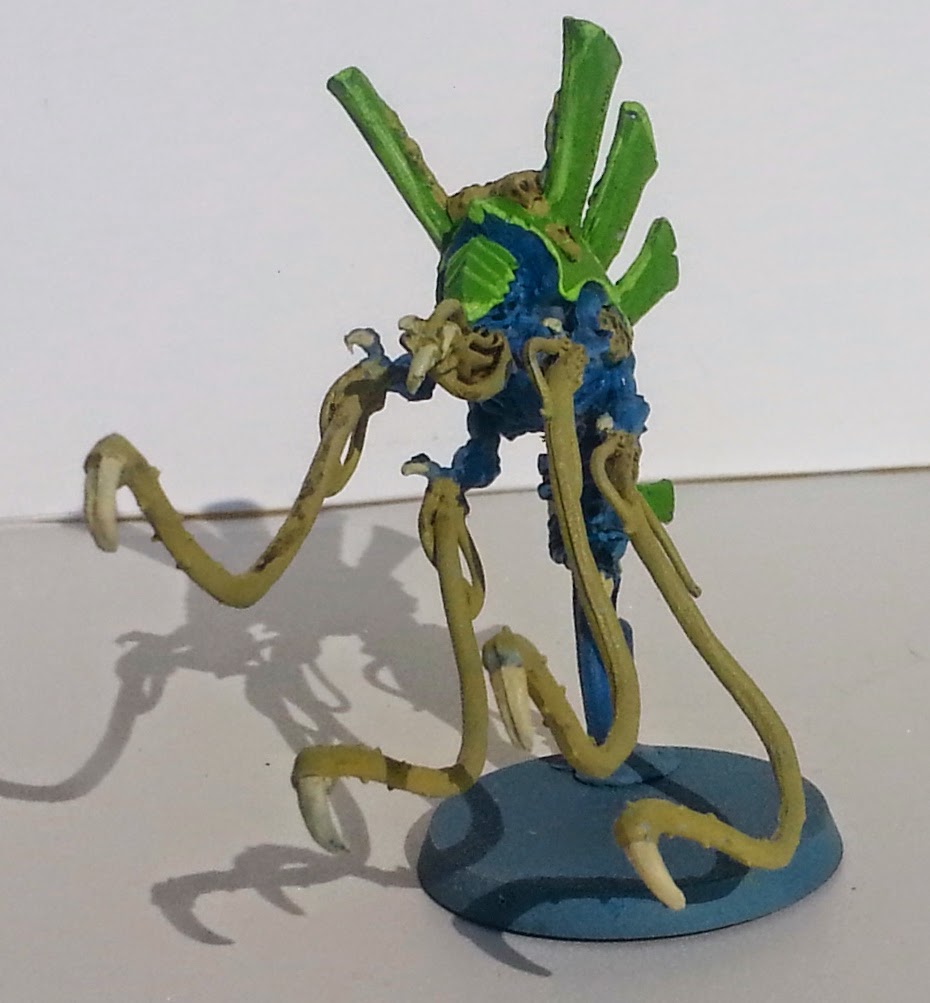 This will give me a second venomthrope to help keep my bugs shrouded as they scurry across the field.  I do believe they are a necessary evil now that I don't have drop pods to get my troops where they need to go.

I am not in love with the model.  I don't how it is balanced on its little tail.  I have decided,  one day I will transfer them to ravener bodies.  Another bad thing about this model is it's finecast body is weak and he tends to lean to one side. I am going to try to bend him back but it is just a bit frustrating.

Next up is the Haruspex. 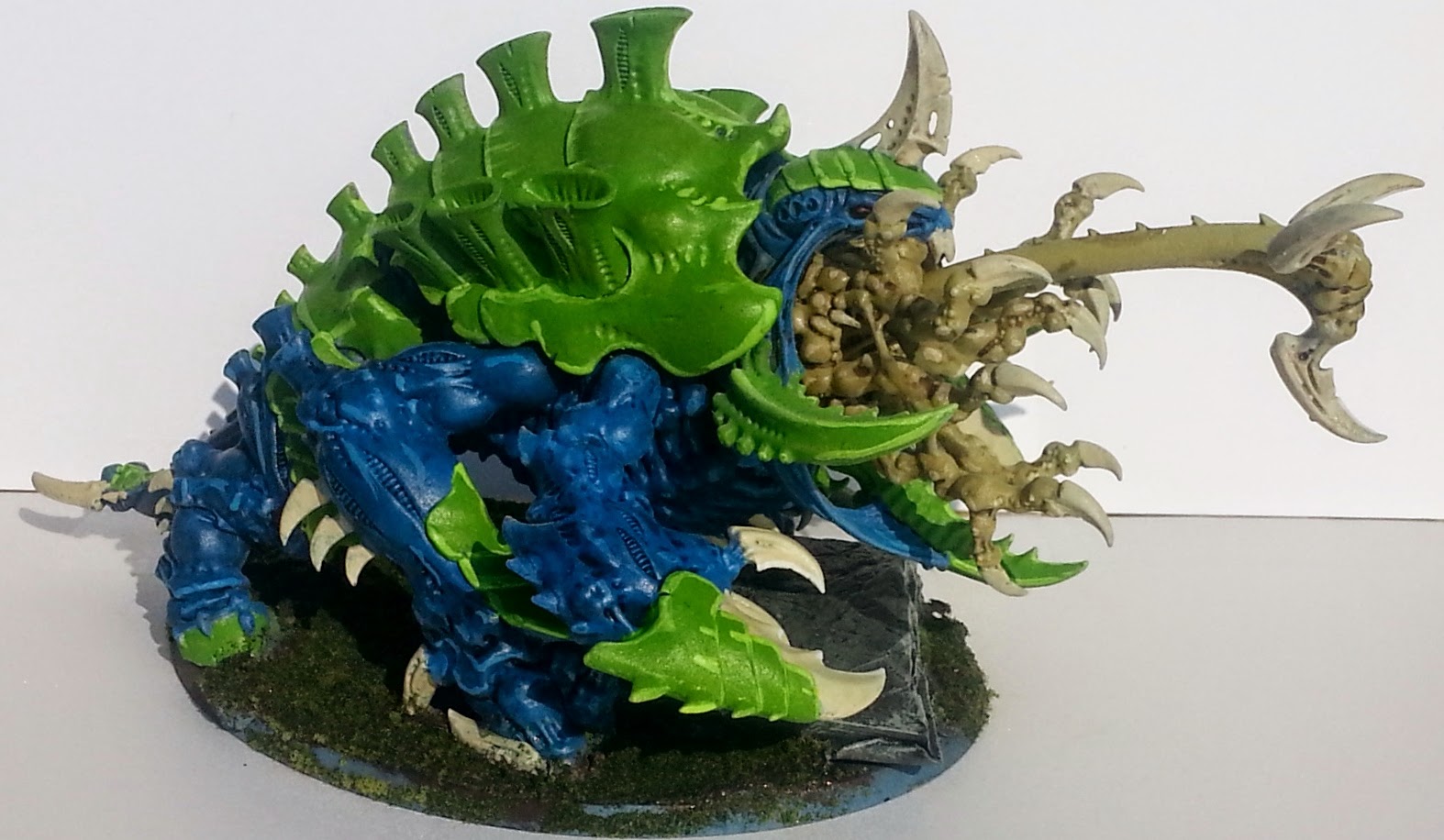 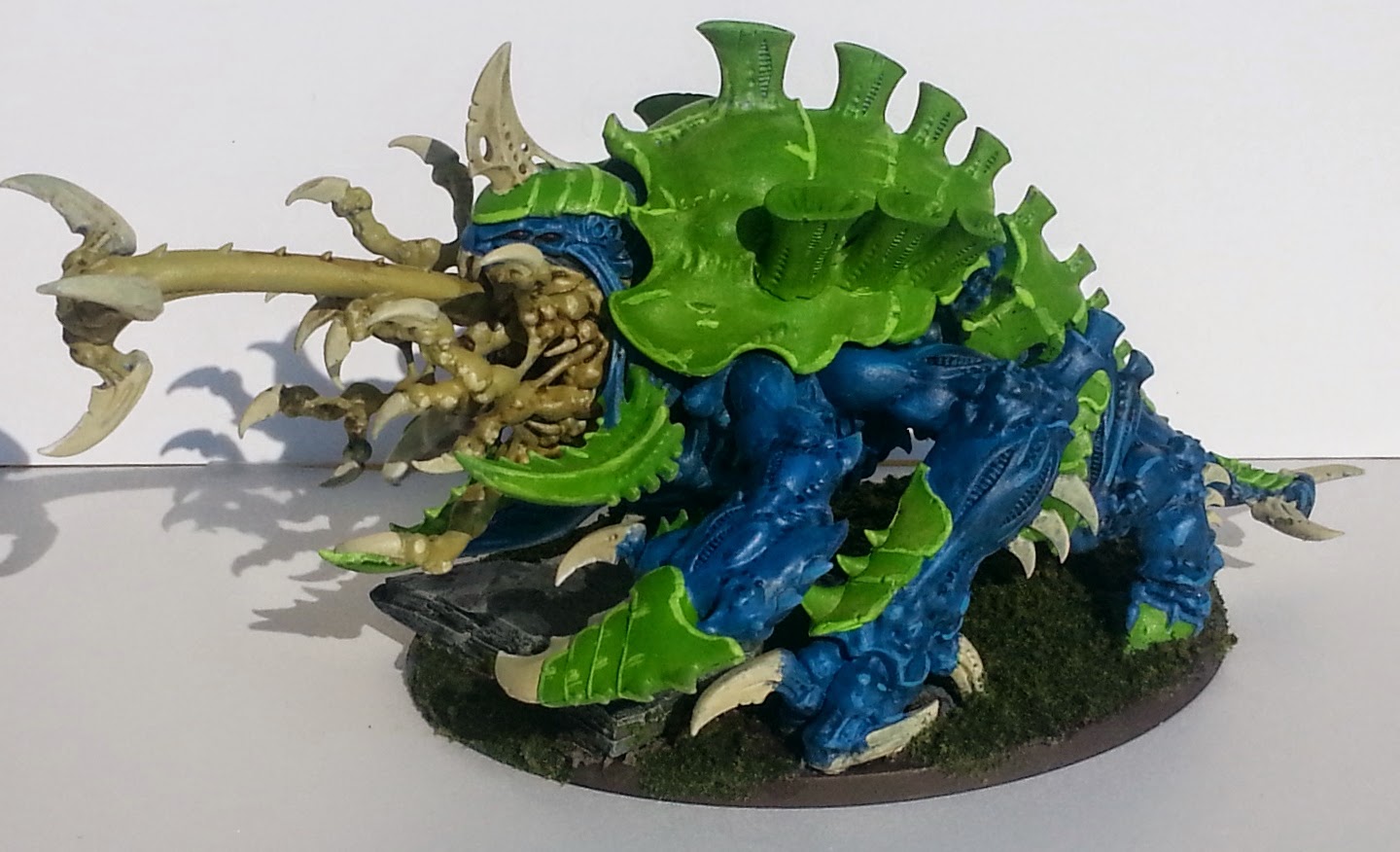 I like this model.  I love the look of the big ole crushing claws and all the tentacles coming out of his mouth. The sad thing is I will probably not use this version of the model since the Exocrine is better.  Also, for a dedicated assault monster he is easily taken down from afar and to be honest it is not that great in assaults.  Unless I miss read his rules or I don't know of some combo that make it worth its points.

On tap for this week I want to finish up my hive tyrant. I need to do some repainting on him and then work on his wings. I have to highlight the guys from last few weeks. I also want to make my second set of twin-linked devourers.

I want to make a set and try to do some casting of them.  I am thinking 2 reasons for the casting.  First, I always have wanted to try the casting. Second I think I might be able to sell some sets on Ebay if they turn out well enough. If not, I still have exp in casting so I can do other things.

I guess that is all I have for today.  I know there is a lot of info about the next edition is going to be. I will probably hold off comment untill I get the book which might actually might be when the starter set comes out.  I really don't want to spend $80- $100 for a book that I will replace with the mini rulebook as soon as it comes out. Plus if the started has orks in it like the rumors say I might actually buy it to bolster my orks.  Over all I will be waiting for a while before I switch to 7th.