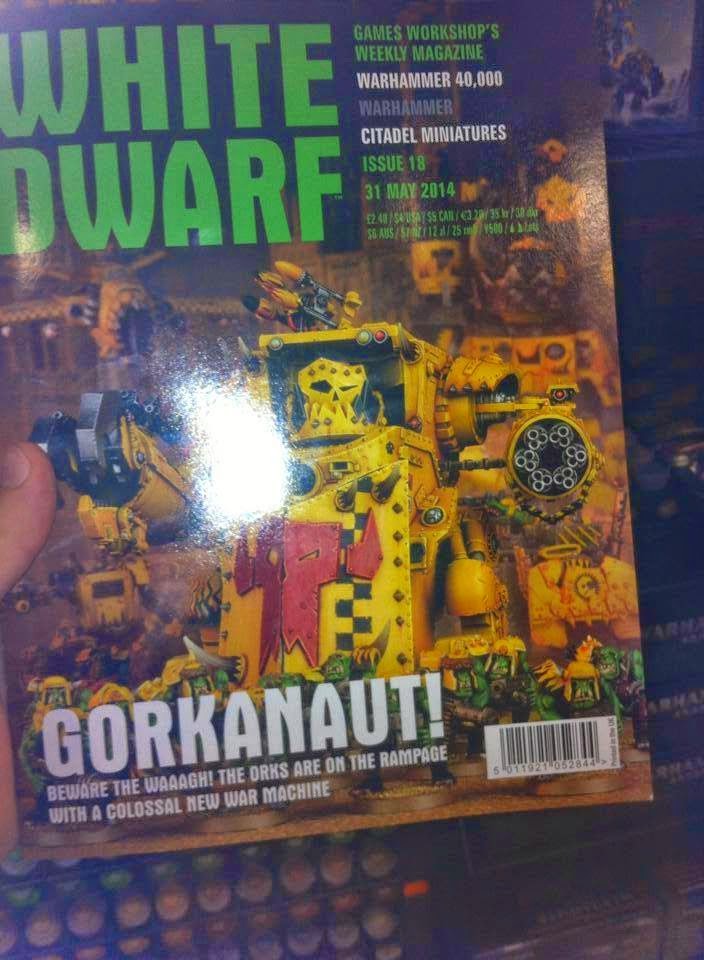 So it is no mystery that the orks are next and like the other new releases it looks like GW is putting out the models first then the book.  Maybe trying to get us to buy the pretties before we know how good they would be in game. First up is the Gork-(or Mork)-anaut.

I found all these pics in the Bell of Lost Souls forum.  They have gotten it from many sites
like La Taberna 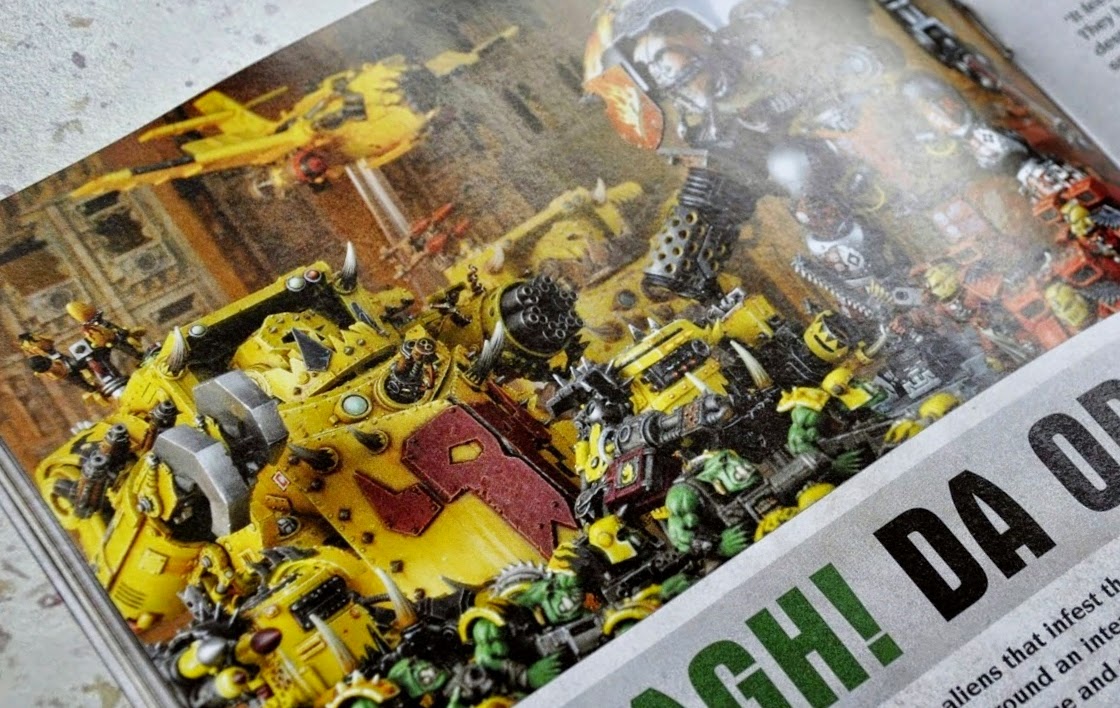 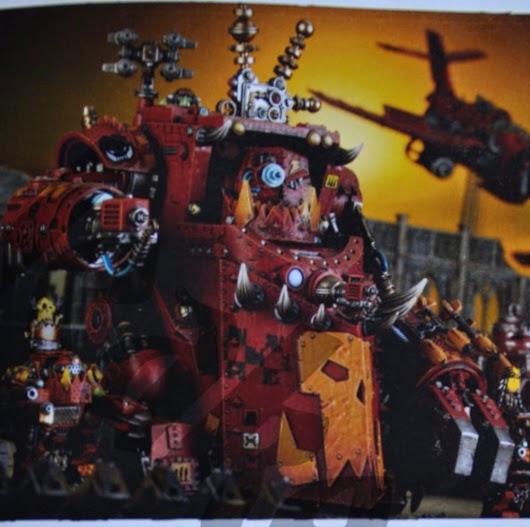 It sure is orky and at $100 it is pretty pricy. Looking at the rules that have been spotted it carries 6 guys with 1 access point and no fire points.  That is a small mob of boyz. Somepeople think it is for a mek to ride inside to keep it running but what a waste. I just don't understand what they expect to be transported in this thing.  Maybe the new codex has a unit ideal for this ride but I am not going to hold my breath.

The weapon loadout is nice. 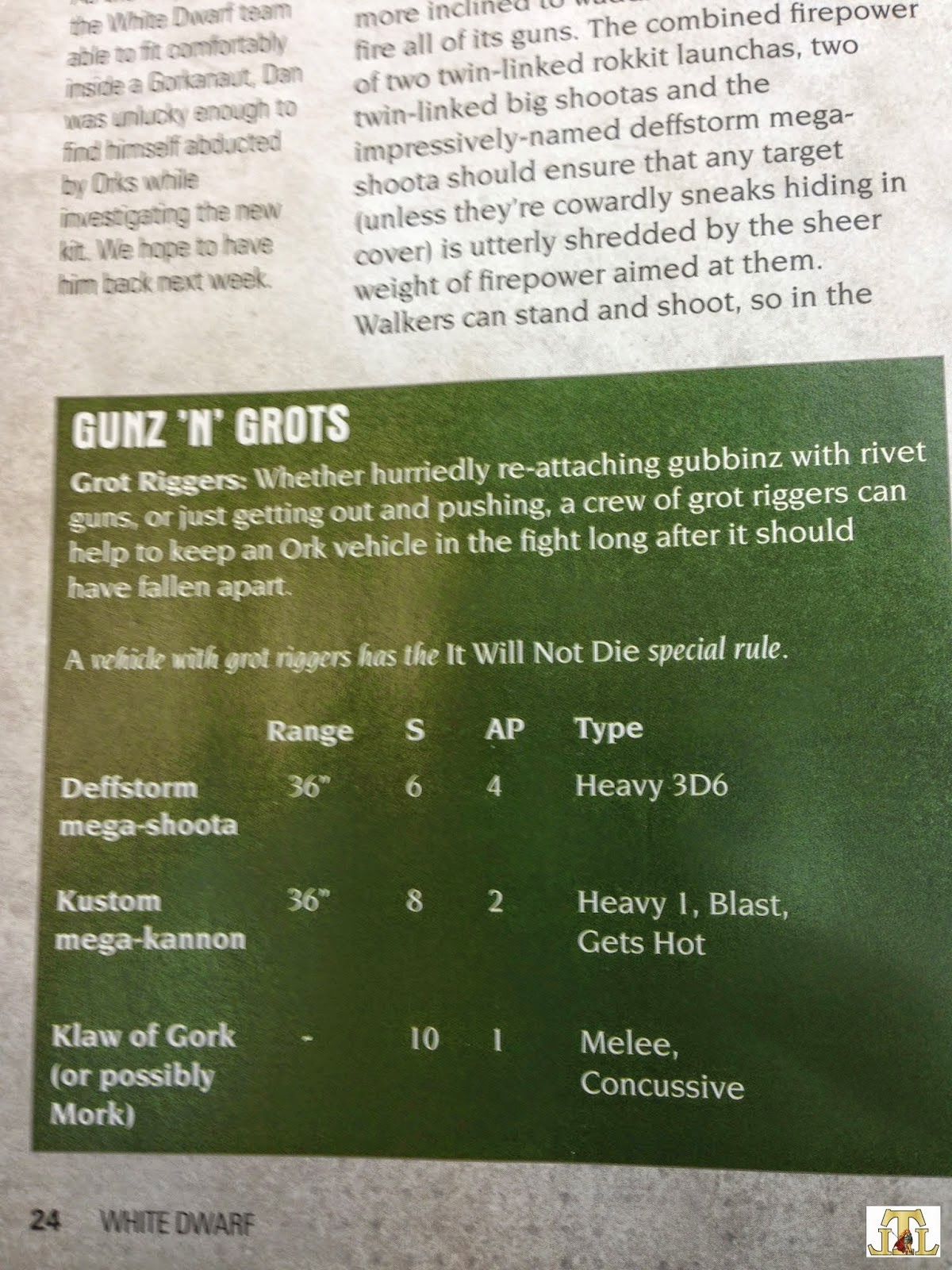 One gets a bunch of S6 shots and the other gets a 36" S8 AP2 small blast and a Kustom Mega cannon.
. 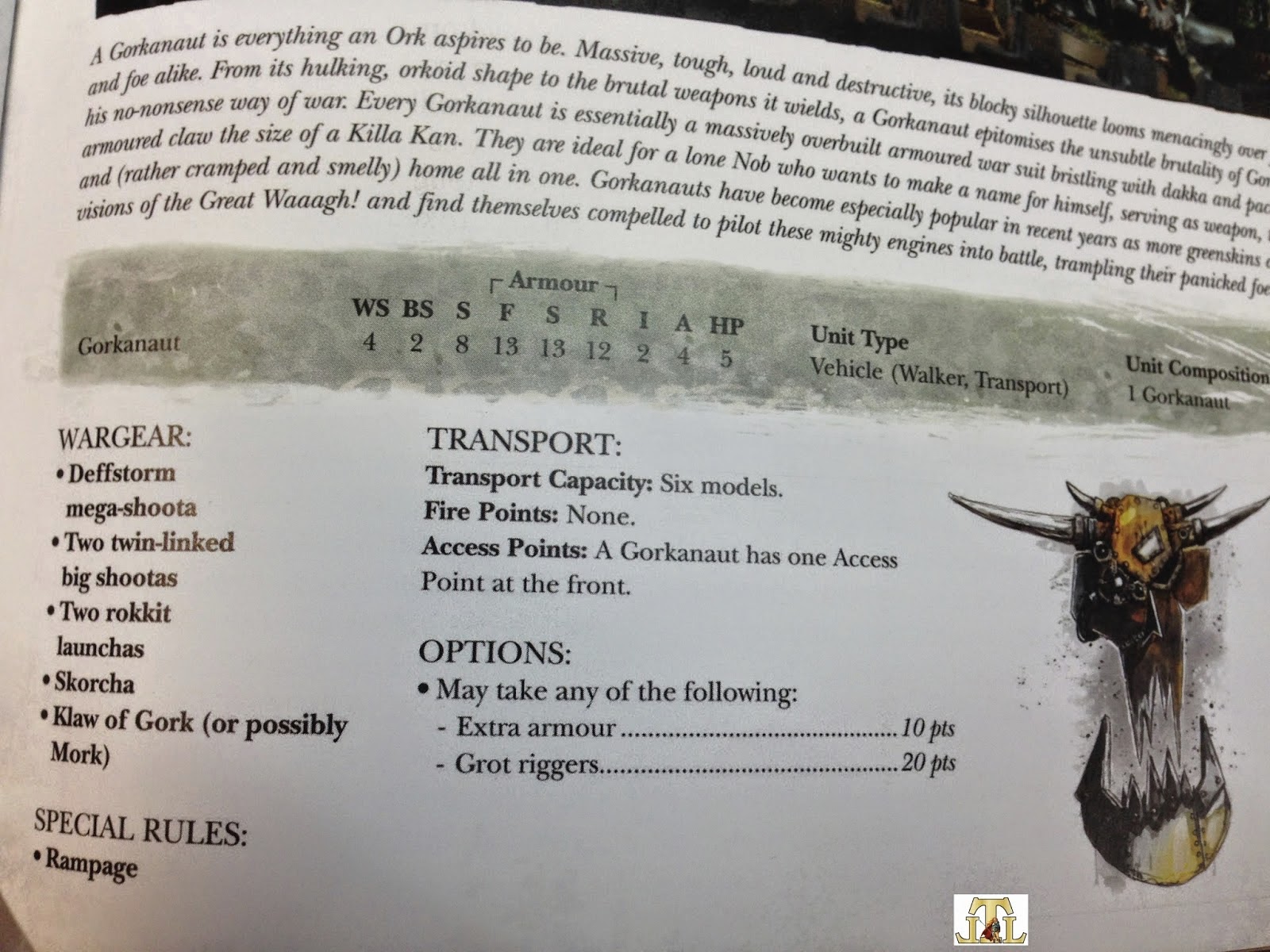 The Gorkanaut is the close combat one.  With the Rampage rule it can get a bunch of attacks on squads.  S10 AP 1 is nothing to skoff at.  Although the deffstorm,  bigshootas, 2 rokkits amd a skorcha it does have some shooting power. 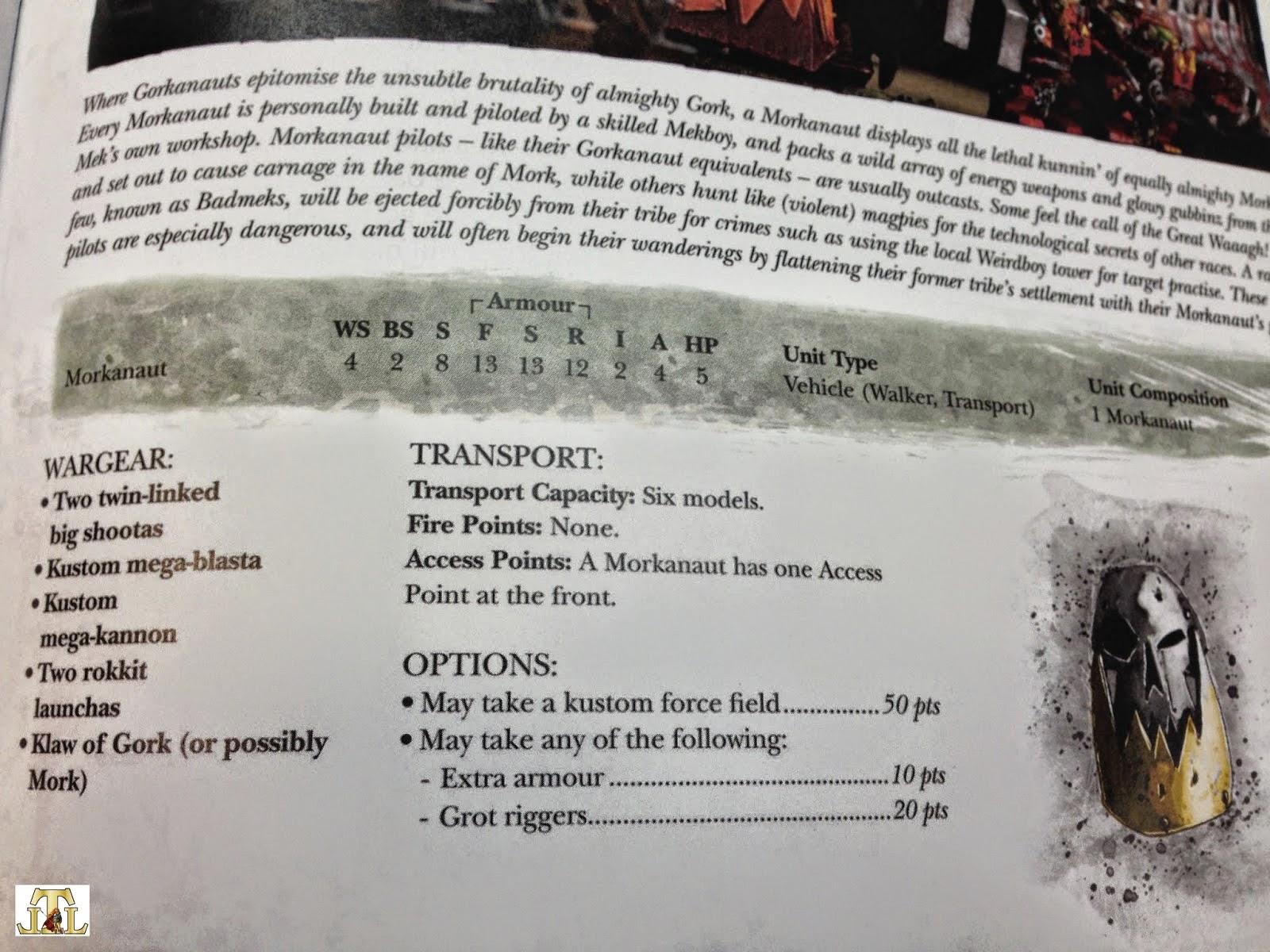 The Morkanaut looks more shooty with the mega cannon,  and blasta with its ap2 it seems to be more od a shooty version but it still has 4 attacks with the S10 AP1 klaw.  This one has a KFF so that might get me to take one.

Which either one I would take grot riggers everytime.  It will not die might keep it moving if it doesn't get blown sky high.  The armor of 13 13 12 does not make me super happy.  For 250+ points (more like 300) It is still pretty weak. All this is just speculating till we see the new book to see where all the other units fall in place.

Looking at this image we see what look to be some new mega armored nobs. 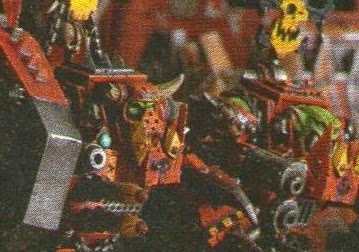 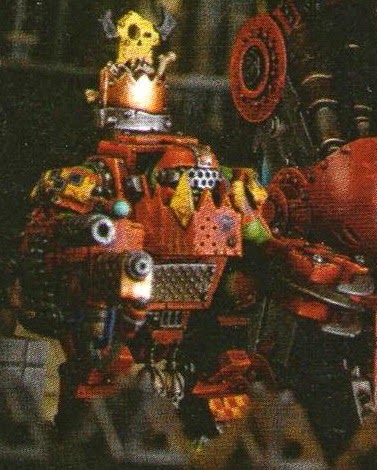 If we look close we can some Kan with 2 range weapons!!! If this is in the new book it looks like I am breaking off the arms of my cans so I can magnetize them.


That is really exciting!!


So the first release is interesting.  However it goes It will be a while before I get any if ever.  My hobby budget is ear marked pretty well for the next few months.  First is 7th rule book, then the ork codex, then maybe I will look at the new releases.