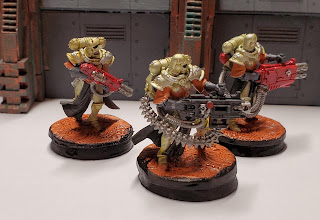 I had some time to work on some more Sisters.  This time a melta sister and two more Retributors. 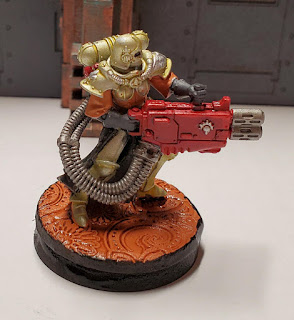 This is my second multi-melta Retributor.  I think I am getting better painting the armor and cloth.  I have been adding a second layer of black contrast to deepen the color.  This way it looks black and not grey. 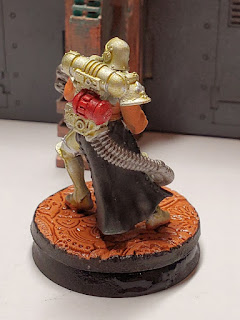 I also finished a melta Sister.  This sister can be used in a regular squad of Sisters or in a squad of Dominions.  Once I have some transports, I might field a group of Dominions with meltas for some surgical strikes.  Until then, I will use them in my regular sister squads. 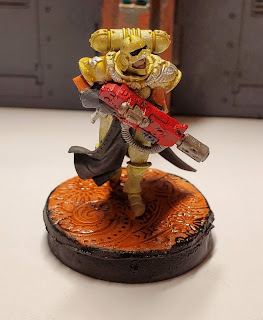 I used the open visor on this model.  I hate faces but I think having at least one of these helmets breaks up the monotony while still having a helmet.  This is also the first melta I have painted red. It reminds me that I need to go back and paint the other meltas so I stay consistant. 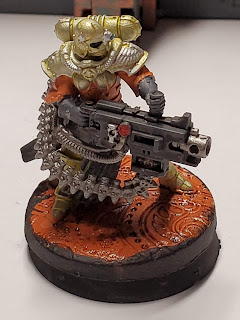 Last up is my second heavy bolter Retributor. This finishes out my first squad of Retributors.  My second box also contains two bolters and two multi-meltas so when finishes I can have the two unmixed squads. 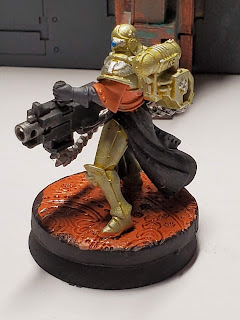 I decided to go with a blue for the lens on her eyepiece. Also this was the Sister where I decided to paint the barrel of the heavy bolter. I am thinking I am going to do this for the standard bolters as well.  This means I will have to go back and fix all of the ones I have already done but I think it is a little touch that looks good.

I am not sure where i am going to go from here, I have several Sisters still to work on.  I also have an Imagifer, several tanks, ten seraphim, and two mortifires to finish.  Finally, I have a squad of Repentia to  build and paint.  *whew* Just when I thought I was close to finishing.

Stay safe out there!

Questions? Comments? The emperor protects!
Posted by Grenn Dal at 11:17 AM