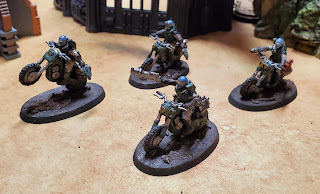 I have had these guys half finished on my table for a few months and I decided to take  a break from the Sisters to work on some of the other projects I have hanging around. 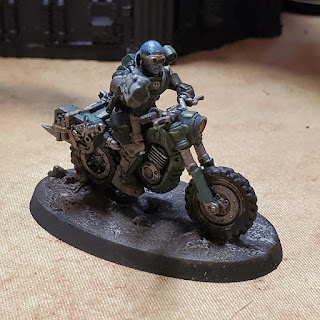 Each one has a demolition charge on them either carrying it or on the back of the bike.  I like using the strategem that lets five models toss a demolition charge. It is a good attack coming out of the shadows. There is a couple shotguns, knives and autoguns for the other weapon selection. 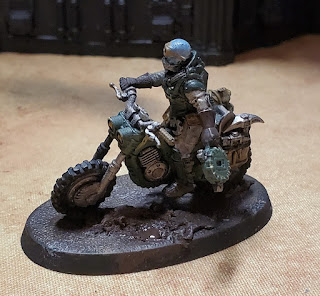 These four models are the last Atalan Jackals I had to paint.  I might get more later but I have 12 right now.  If I want to try a more bike focused list I can pick up more later. 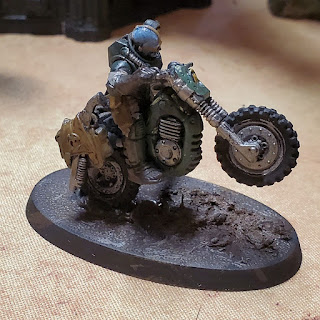 The problem I have with the bikes is once they come up and hit a target they don't do a lot of damage the turns after. They mostly take objectives and cause a nuisanse. 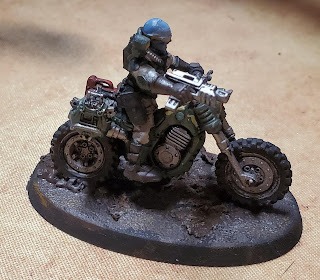 With these done I plan to paint my Fulgurite Priests.

Stay safe out there.

Questions? Comments? for the four armed emperor!!!
Posted by Grenn Dal at 11:55 AM