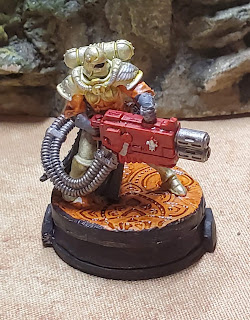 I finished another Sisters of Battle this time it is a multimelta Retributor.


I decided that the regular melta guns on the standard sister looked to close to a regular bolter so I decided to mare the guns red. Since the regular meltas were red I had to follow with the multi-metlas as well. This will also help distinguish between them and the heavy bolters as well. 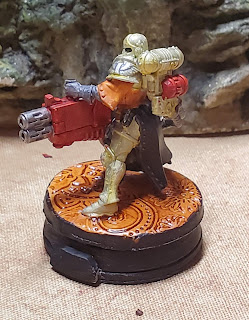 I plan to have a full squad of multi-melta Retributors as well as a squad of  heavy bolters.  This way I can have the squad dedicated to a roll instead of doing a 50-50 split as I was doing. 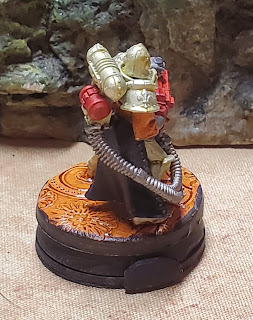 I think I will leave the heavy flamer to the regular battle sister squads for some extra punch as they move on objectives. Instead of running a Retributor squad of heavy flamers ,I think I would run a couple of Penitent Engines or Mortifiers. 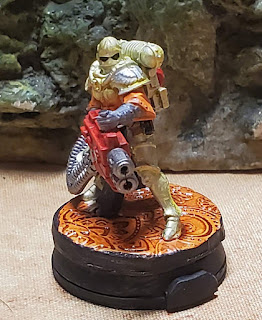 After finishing her I had some more time to finish a few others.  That post should be later this week.