Hi all! Finished some minis and wanted to share! Summer Painting Challenge Updated! 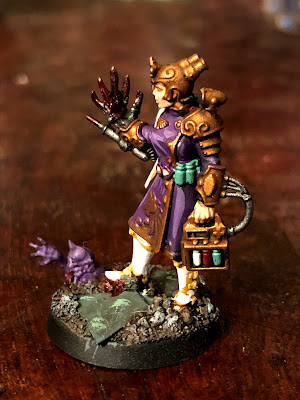 Here's some other pictures - it isn't much, but painted minis are painted minis. In this case, I've finished the medic from Rogue Trader (To be used as a Biologus in the Genestealer cult army) and four familiars, two that are GSC like and two that are chaos nurgling type. Enjoy! 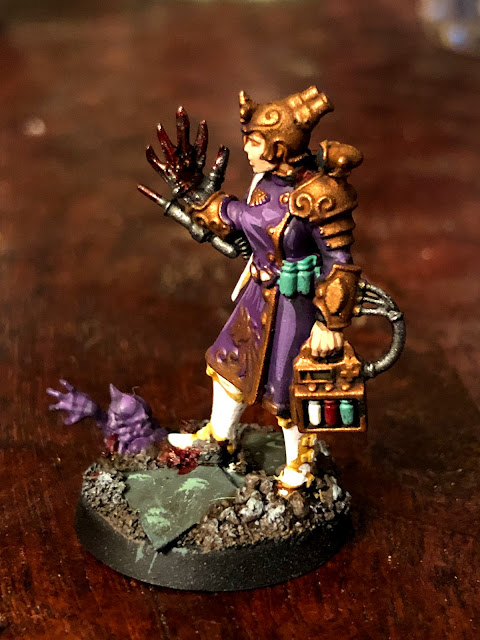 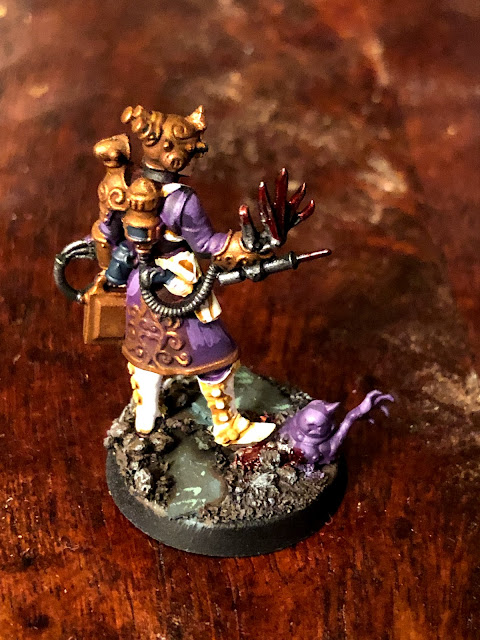 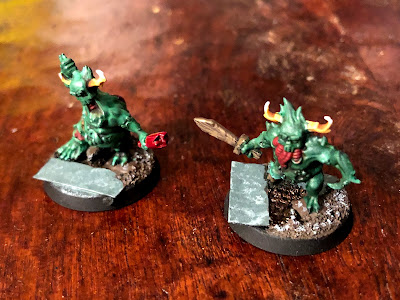 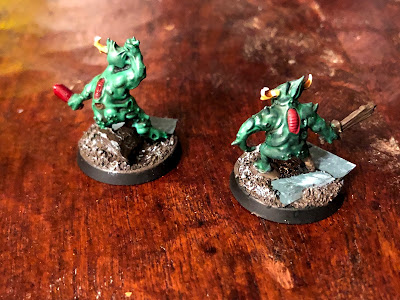 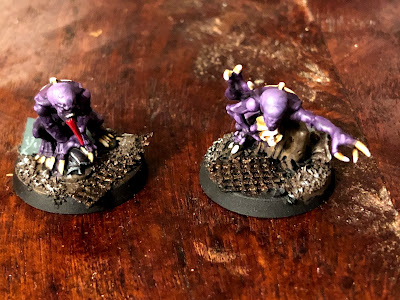 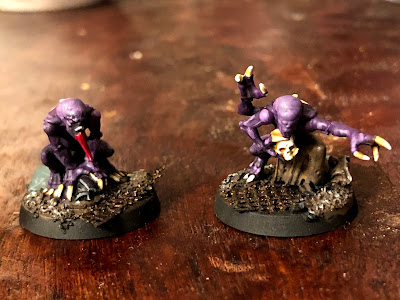 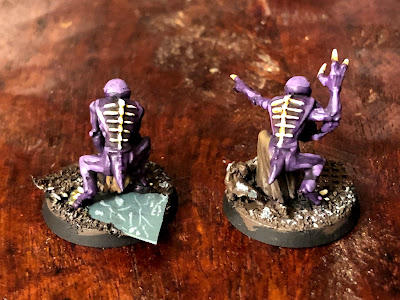 Here's the current list.
Unfinished:   76 (ish)
Finished:32
So yea...I may have bitten off more than I can chew, but hey, finished models are finished models and just because I'm adding MORE models to the list doesn't mean anything...right?
Posted by Blockade23 at 8:22 PM