In the little hobby time I have had I have been working on the miniatures for a board game called Gloomhaven that my buddy bought.  I have 5 out of the six starting classes painted and ready for our first session on Monday.  I am hoping to have the last one done as well.  On to the minis! 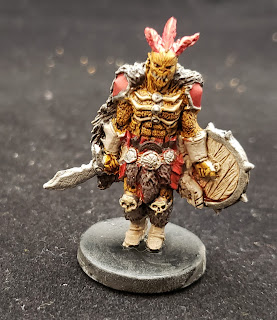 First up I have the Brute.  I stated with a snakebite contrast on the body of the model and mephiston red on the feathers and accent points.  I then used leadbelcher for his metal bits.I used dryad bark on his cloak with a drybrush of a XV88 and rakarth flesh. I continued to the next  with some washes.  Red on the flowers and agrax earthshade on most everything else. I finished with black eyes.  Out of all the characters I thought his pose was the most static.  I wish they could have done a little more dynamic pose for him. 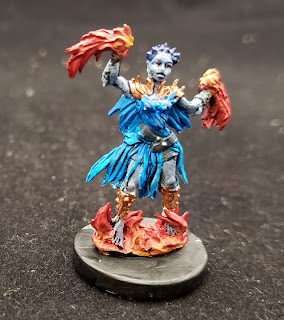 The spellweaver I painted up with a light blue skin and a blue contrast paint on the dress.  The fire was a red-orange-yellow wet blend.  This hopefully looks a little like fire.  The sculpt really looks like a cheerleader. Her "hair" was done in a deeper blue and red for her eyes. The model is a decent spell caster model.  It is hard to do special effects.  I think they did a decent job but still could have been better. 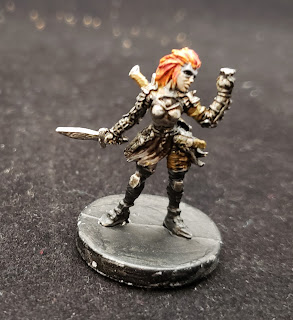 I tarted this model painting most of it with the black contrast paint.  I then picked out her brestplate, pauldrons, and weapons in silver.  Her skin was my usual, rakarth flesh with a agrax shade. I went with several layers on her hair.  I finally blended orange and red to get the final result.I was worried that this model was going to be super bland painted up with mostly black.  I am happy that once I started picking out details she had more life. 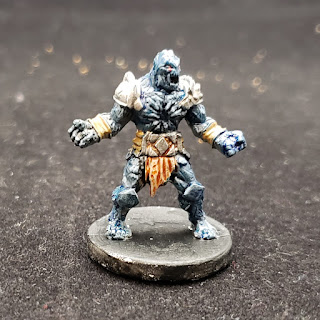 As with the scoundrel, I started this model with a base of the black contrast paint.  I then started going over his skin with a healthy drybrush of mechanicus standard grey.  Once this was dry I did a wash of drakenhof nightshade.  I then went back and highlighted the edges with fressian grey.  I did his metal in leadbelcher and used the new contrast snakebite paint for his loincloth.  I was very close to striping this model and starting over.  something just did not look right to me. 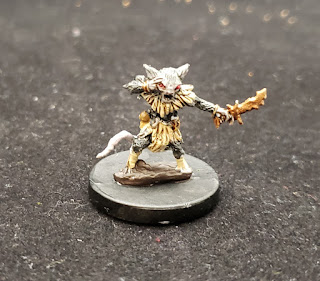 The last one for me to paint is the mindthief.  This guy may be the smallest model I have painted.  He is right up there with a genestealer familiar.  I started him like the last two with a nice coat of black contrast.  I then used Ushapti bone on his frills with a wash of agrax. The leather pouches are XV88 while his dagger is scoripion brass.  I painted his face, tail, and hands a light pink mixture I use for my Daughters of Khaine army.  I finished him by giving him some beady red eyes.  Maybe I should go back and make them hot pink.  I like how his fur turned out.

The more I use the contrast paints the more I like them.  I like how it looks on the fur and skin of creatures.  I might have some uses for these colors in the future.  The last figure is the tinker.  I need to decide the direction I want to go with him before start painting him.  Once I do that he should be a quick paint job.

I hope you liked this interlude to my usual game workshop posts.  I should be getting back into the swing of things and hopefully have some new stuff for you soon.  Have a good weekend!