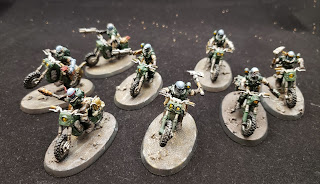 While painting my Sisters of Battle I took some time to finish up my Atalan Jackals and a Wolfquad.  If you remember I had just the base on one Jackal and most of a second one.  The Wolfquad has quite a bit of work left. 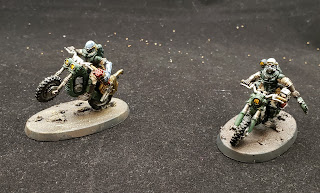 This is my first Jackal with a demo charge in hand.  I have another one with it in a satchel on the back of the bike.  GW did the usual and didn't give us enough bits for the options we want. I guess if I was really serious, I could make a mold of the charge but for now I will just stick with the ones I have. 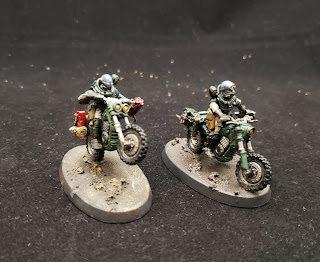 With these two done I can take eight jackals. I am looking to get the other four done.  This will get me a full squad or two squads of six.  Since you only throw five demo charges I am considering making the two squads and trying to hit two targets with the demo charges.  Another option is use the large squad and when they kill bikes you can take away the ones that already used its demo charges.  we will see. 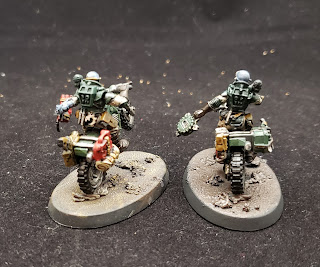 The Wolfquad is a different problem.  I would love to have them with the mining laser but with only one per squad it is a waste to have them sitting and wasting their high movement value.  Another option would be to go with the flamer.  It is equivalent to a heavy flamer. This way you don't waste a shot because you will be auto hitting with it and with the demo charges tactic you will want to be close anyway. 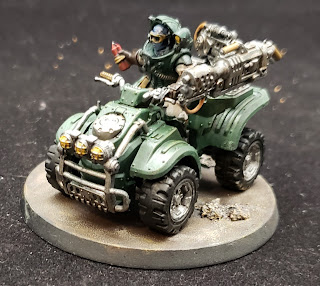 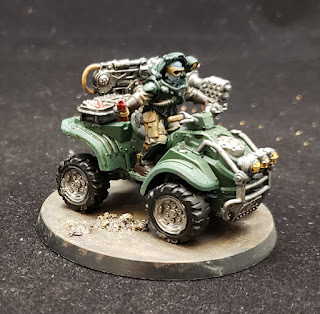 I have some decisions to make with this army.  I will want to try out a few different tactics before I settle in with a standard loadout. 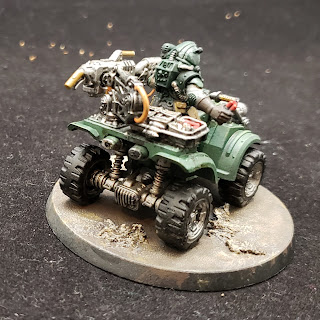 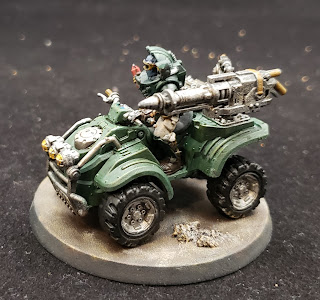 Questions? Comments? For the Four Armed Emperor!!
Posted by Grenn Dal at 3:26 PM