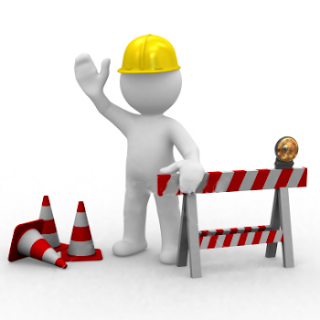 This weekend I found some time to work on my September hobby goal.  This month I would like to complete the flying hive tyrant and continue to work on my Skitarii force with the addition of some Sicarian Infiltrators.


The tyrant was an experiment with some light green primer that I found. I have vowed never to use this again since it had 2 major drawbacks.  Unlike blue or black, the green shows up in the deep crevices like a sore thumb needing a lot more paint to cover it.  Secondly, it does not take paint well.  Most of the time I had to pain a primer on top of the primer to get the right color to stick to the surface.  It was a waste of paint and time. 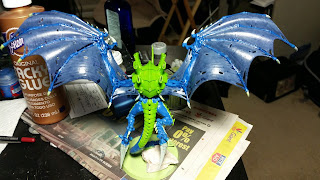 After fighting with the primer I am almost done with the basic painting of the tyrant.  you can see that the claws and devourers need some work as well as the base and his talons but he is well on his way to being finished.  The wings are pretty much done.  I have a few touch ups and a little highlighting and I will be happy.

While waiting for the wash to dry I had a chance to tart assembling the Sicarians.  In this shot they are waiting for me to decide which version I was going to build.  I knew I wanted the R2-D2 heads but I was unsure which of their 2 load outs to use.


I decided on the Taser Goad and Flechette Blasters.  Either way the guys I play with wouldn't mind if I played them with the power sword and carbine.  I also didn't create the princeps so I will have to do that along the way as well unless I can find a pair of legs to go with the extra torso and head the kit comes with.  I will look but, I am not holding my breath. 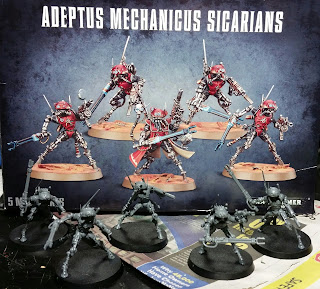 So not bad for a weekend worth of work.  I should be well on my way to getting these guys ready.  I have to decide how I am going to paint these guys.  While they fill up the bases pretty well there is not a lot to them. I have a feeling they will be quick work.  At least I am back doing 40k and plastic.  Whew!