The Design team for Puppets War revealed a new project on their Facebook page this week.
It looks to be the size of a Riptide or Dreadknight.  Here is a look. 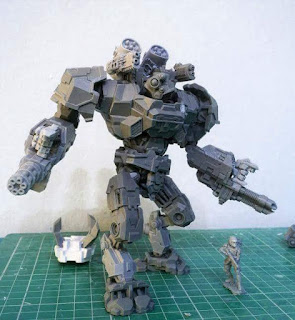 Here we see it with some underslung weapons and some shoulder mounted weapons.  I love that head and would have bought a few before doing the whole Gundam Head for my riptides. Heck, I might have gotten this instead of the riptides. 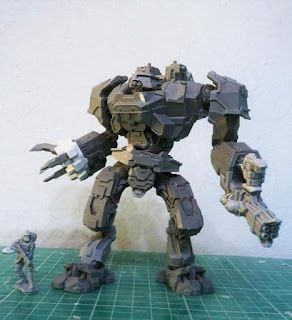 Here we see a different head as well as a claw.  While this head is cool I prefer the first one.  Maybe they could make a sword or hammer option. 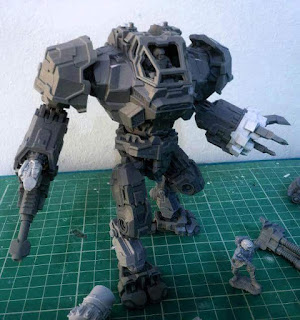 If you didn't want a head but wanted a a pilot here is the option for you.  I think this is the least cool option but still better than the dread knight.

I love the work done by these guys.  The only problem I have is that most of their stuff looks to be marine based.  Some examples are the bikes, terminator armor, this dread knight,  turret weapons, and the dreadnought.  I did get some Necron stuff from these guys back when they were just starting out and I loved it.  Keep up the good work guys!

Questions? Comments?
Posted by Grenn Dal at 7:00 AM