Last weekend I went to the Nova Open.  I thought it would be like Adepticon but it felt more like DieCon.  While browsing around I saw many empty tables.  This could have been because I was not there during the peak times but it seemed a little sad.

There was a huge room dedicated to Xwing, Malifaux, Dark Age and Warmachine.  It looked like they had lots of room.  I never saw this room full.  The one thing I was sad to miss was the Xwing narrative that used the big Star Destroyer. That was very cool. 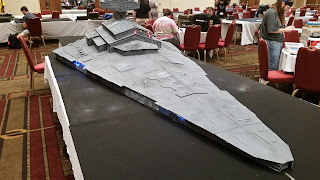 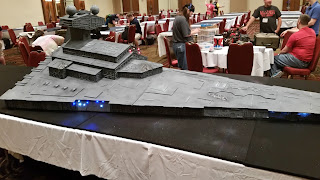 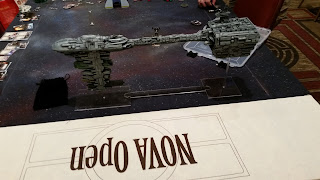 Several times I went and walked though the 40k room.  There were a lot of cool looking armies but I saw a ton of wolves and flying hive tyrants.  I think I was right avoiding trying to play in any 40k event.  I think I would have just been frustrated. 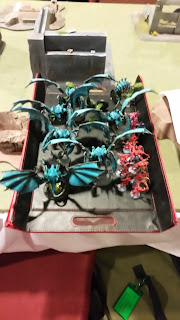 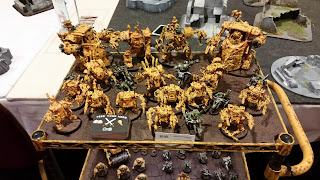 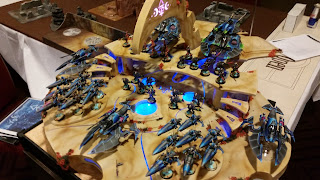 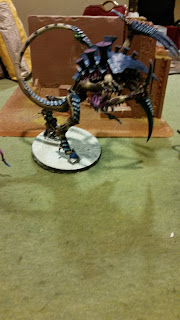 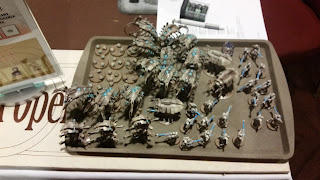 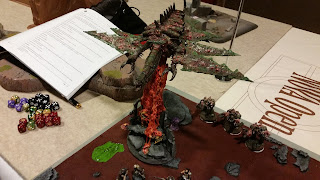 The infinity room was kinda small.  I only played in the hunger games events.  While I had fun and learned some lessons, I am not sure that infinity is for me.  I came back and watched the ITS tournament to see a nicely packed room.  The TO was cool and the boards were nicely done.  The system is very strategic but there are some rules that just really turn me off. 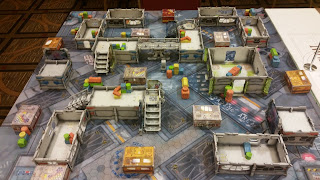 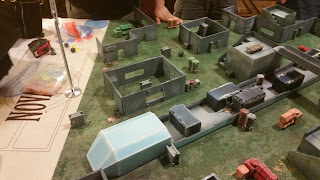 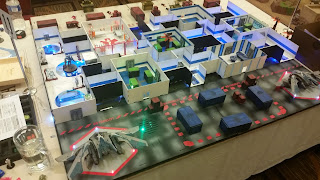 The vendor area was decent.  There didn't seem to be many "Con specials" but the bin and bins of figures and bits was nice to look through.  I did find a decent deal on some warriors and if I wanted I could have gotten a few Koptas to convert to bikes but my heart was not in it.  Tectonic Craft Studios had a nice booth but most of what I was looking for was sold out already. 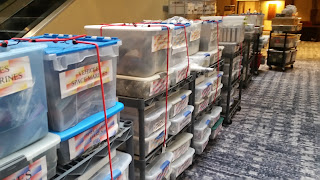 My one seminar was run by the owner of Tectonic Craft Studios.  It was supposed to be building a small terrain piece but he forgot the pieces when he left for the con so we got to head down to the booth and choose $20 worth of kits.  I chose a Necron objective marker and a Tau.  We got to assemble and then paint up our pieces.  While a terrain piece would have been cool I got a few items for my armies so I was happy. He seemed like a nice guy. He asked about feed back and what we would want to see in mdf in the future. 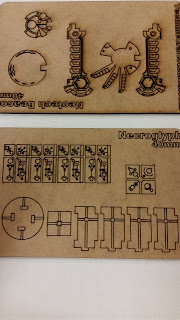 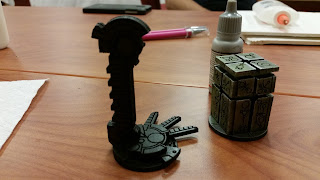 I would have liked to see some different seminars like sculpting 101 for us novice tyranid players.  They had something similar but it was for adding embellishments and not new limbs or wings or normal tyranid things.  I also would have liked a molding class. I would have done that and bought some of the insta mold stuff if they offered it.

So Overall I had a decent time while I had stuff to do.  I doubt I will go next year since it did cost $40 plus event fees.  In the end I would have enjoyed hanging with my friends more and could have used that money for a nice dinner or other hobby related items.  I am glad I went so I can now say that it was not for me.

Hope you got more out of the Open than I did.
Posted by Grenn Dal at 8:58 PM