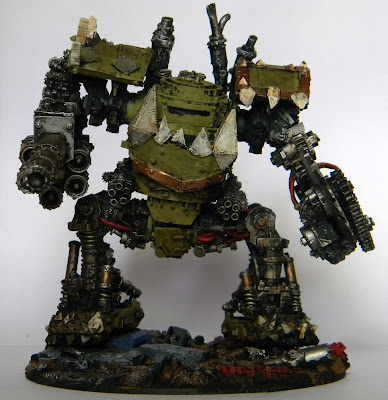 So we have an apoc game coming up and I wanted to have something special. My first blog post: first musings was about this decision to get a mega deff dread over the stomp.  I later had my first pics of the dread and now I have it assembled and mostly painted.  I like how it turned out and would be happy to field it as is. If I want to go back and add some details to this guy I might start with picking out the bolts and some of the random dags that are scattered around this model. 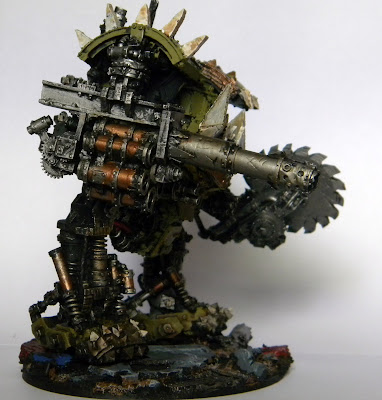 I love the huge cannon on this guy. 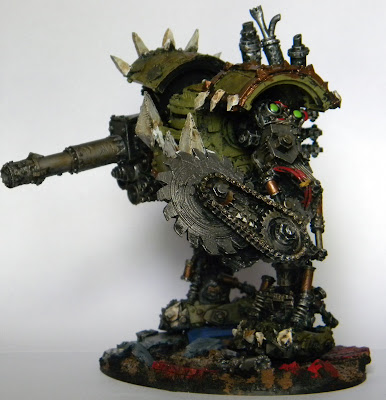 I got the buzzsaw arm. Very orky.  This arm had me worried the red wires were straight and a separate piece.  I had to heat them up so I could bend them and glue them in place.  I don't like to mess with resin but I am really happy how this guy turned out 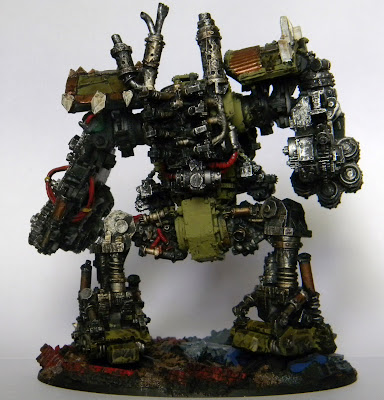 I really liked the base I got from micro art. It really gives the feel of being on a battlefield.

I don't think he will be that huge of a factor in the game.  Our team will have a few stompas and at least 1 skullhamma. So he will join my Kan and Dread mob and march across field and do some Krumping.