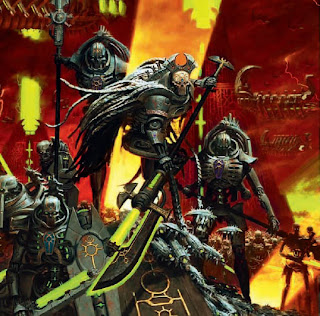 Yea! GW are releasing some new necron models.  They have the price break down over on BOLS

I have been waiting for these since the codex came out.  I was tempted to order some of puppets war wraiths but I am glad I didn't.  While the Puppets War wraiths look nice I think having the offical model will make it easier for my opponents to identify my guys.  Lets look at the picks. 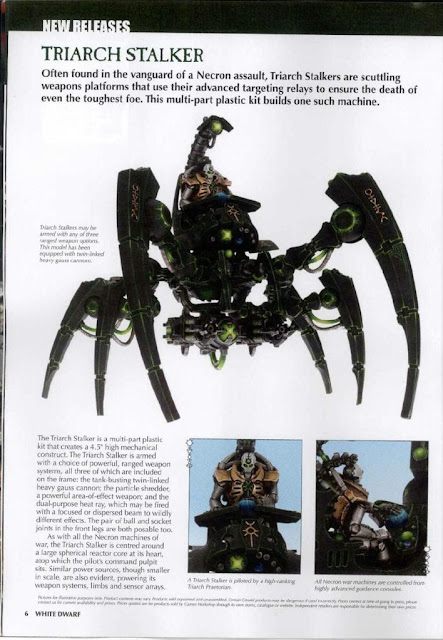 This model is pretty nice.  I even don't mind the driver like so many other fanboys do.  Sure it could have been another Canoptek creature but I still think it looks good.  for $50 (47 actually) I think it is a bit expensive but I am not surprised.  It is a bit more expensive than a dread so no surprise on the price. 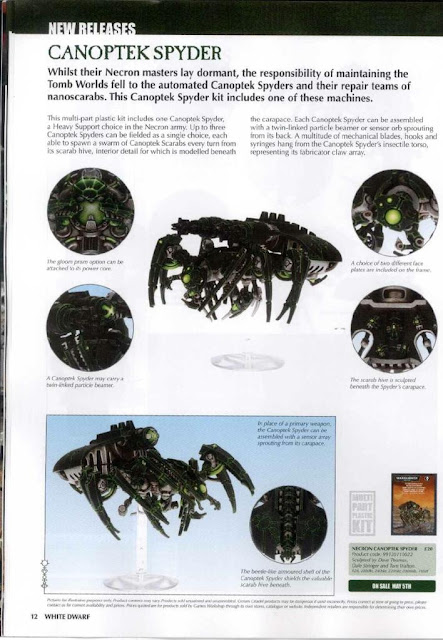 this model is a big improvement over the tomb spyder model.  I don't run these guys so I don't think they will be must buys right out of the gate but I will probably get a could get a couple after the rest of my purchases.   $33 is what I expected to pay for one of these.  People were crazy to think they would put 3 in a box. 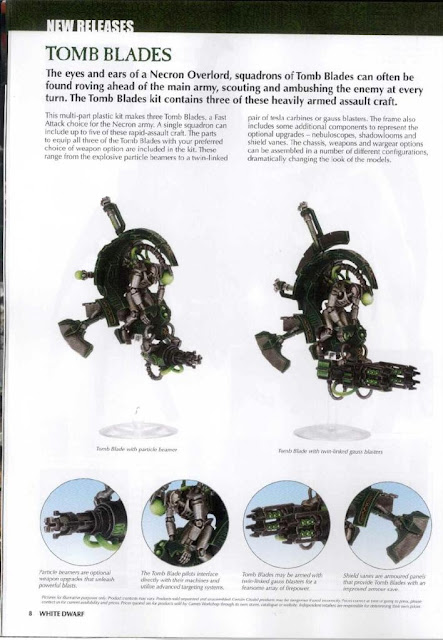 These guys look ok. I was never sold on using them in my games. 3 minis for $41 is decent. Actually cheaper than the space marine equivalent. I have read that they can be useful in games but without models I just stayed away.  I don't like to proxy too much.  Now I don't have an excuse.  I will have to try them out. 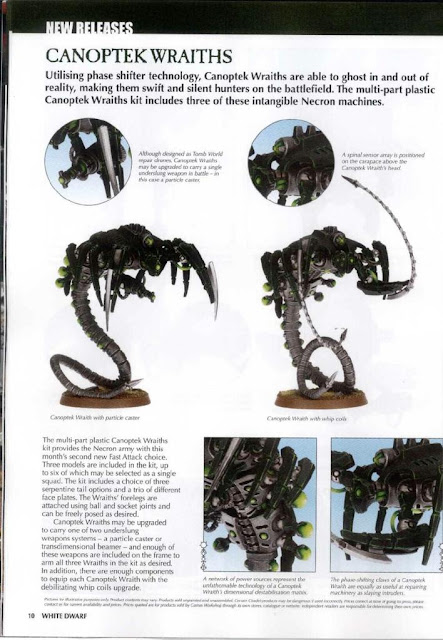 These are the guys I have been waiting for.  This was the guy I was going to order from puppets war this week.  Now I guess I will order the rough rider bikes from them :)  These guys come in a box of 3 for $47.  It is cheaper than the new wolves but more expensive than the tyranid warriors.I was hopping they would be $33 but I am not supprised.

They look cool.  much better than the old metal model.  I had scraped together some cheap guys to proxy but I was so ashamed of them I just quit using them.  I can now hold my head high and give them another try.

There are a few other guys coming out in finecast.  Special characters and some upgrades.  I hope my store gets a heavy destroyer upgrade so I can see how straight it is.  I recently bought 2 of the heavy destroyer but I might pick up the upgrade if they appear straight.  More than likely I will just use the metal ones and never put in the rods :) 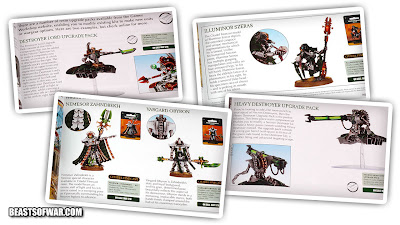 I am disappointed that there are no Flyers. They need the night scythe for transport and the doom scythe for the 3d6 line of doom!  I still don't know if I would use the doom scythe but the night scythe might be nice.  drop out some immortals by an objective and start shooing up guys with the destructor cannon. Oh well.  I am happy to get my wraiths.