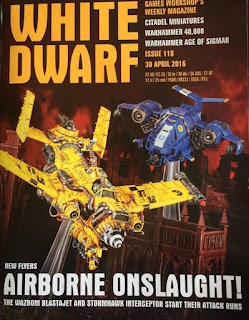 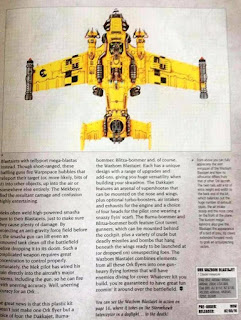 This Mek creation has 2 megablasters and 1 smashagun.  If they keep the rules from the mekguns, then this is a ground support weapon since they both use blast templates to hit.  While it will be nice to have some aerial heavy support, if it wants to fire with those weapons it can't jink. This is where the Kustom Force Field (KFF) comes in.    While a 5++ is not as good as the 4+ jink it does have the advantage of not being canceled by "ignores cover" rules and as said before will allow the jet to shoot template weapons. 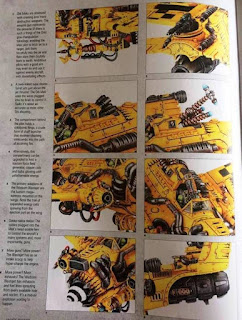 I am not sure if the guns actually will follow the mekgun rules though since they talk about dog-fighting with the stormhawk. If this is true, the weapons might have 2 profiles or just a jet mounted profile so the jet might be able to be used in multiple roles. 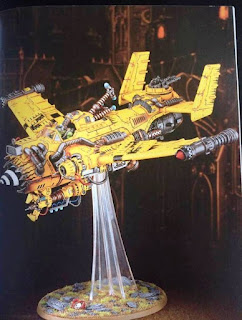 All in all it is a beautiful model and one I will almost certainly get.  I love the split tail like in my own custom dakkajet. The addition of the wires going directly into the mek brain is a nice touch. That is one way of giving a head up display.

This will bring my ork air force up to 4.  One day I will play with all of them in one non apoc game. It should be fun!!