There is another update from the Raging Heroes Kickstarter. This time, they show us their jump pack squad.

With my pledge I planned on getting the standard group and the command group giving me a squad of 10 troopers. This will mean I will have 10 unique posed models which should be the jewel of the army. 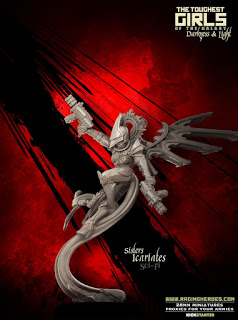 I hope that the material used will be sturdy stuff. The last thing I want is for them to snap off their base and have my beefy hands try to reattach them. 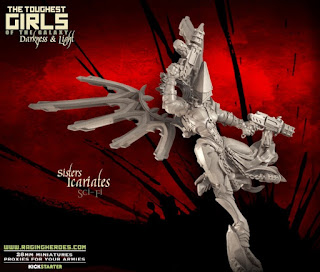 They look to have the same helmets and hooded head options that are on the troops . I am happy with that.  I might look to see if I can use other options when it is all said and done.  While I like the effort put into the non-helmeted heads, I am just not sure if I accept using them.  Protect your head girls! 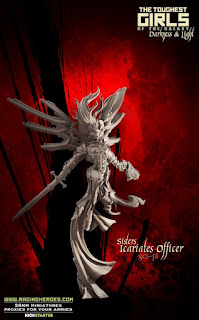 I really like the wings on these models.  While not the jet pack that we see on the Games Workshop ranges of miniatures, I think they are cool.  If you can have a hover bike you can make hover wings. 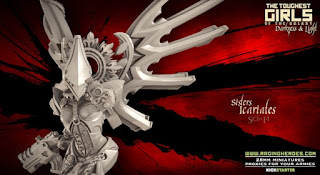 The campaign list that they will have 2 extra weapons.  I assume they will be the flame pistols seen in some of the shots.  They all seem to be using 2 pistols except the for the one with the sword and the one with the grenade.  This goes along with the sisters of battle so I don't have to worry about them not being WYSIWYG. 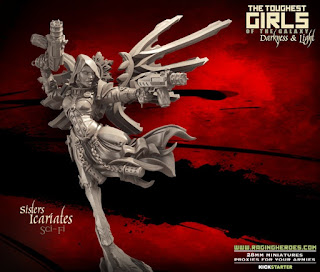 I doubt I will use the grenade arm since it wouldn't make sense to hold it up to a helmet to pull the pin. I think the sword option is cool looking but I generally don't add melee weapons to my sergeants. 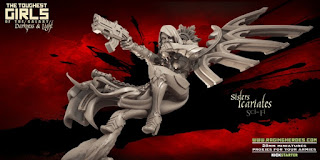 Now that I have seen the renders for all the units I plan on getting I am eager to get them so I can start up that army. While it is not complete, my Adeptus Mechanicus Army is almost at a playable stage.  I know I can and want to add more to it but I can field a nice and respectable army.  Who knows maybe I can find a place for some Sister Allies for them. 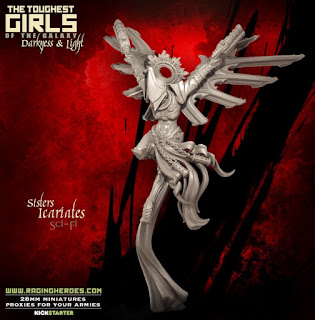 There are many more images over on the update page.

Questions? Comments? For the emperors!?