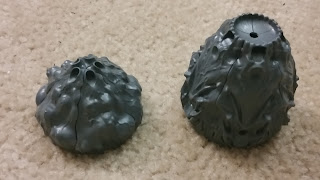 Last night I started to work on my tyrannocyte.  I knew that I wanted to magnetize the top and bottom so I could play it as either the tyrannocyte or sporocyte.  The first thing I did was build the top and bottom of the pod.  I was a bit disappointed about how these came together.  I need to look to see how others have dealt with the seams to make mine look better.  I might try some liquid greenstuff. 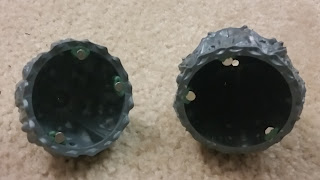 After the pod was assembled I took some greenstuff and used it to hold the magnets in place. I used the seams to line it up. 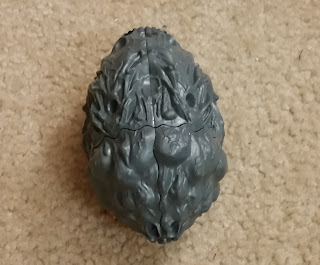 After a night of drying I place it together and while there is a noticeable seam, I think it will look ok.  I don't think I can get away from that seam since they will not be glued together.  I plan to add more greenstuff to reinforce these magnets so they don't look so fragile. 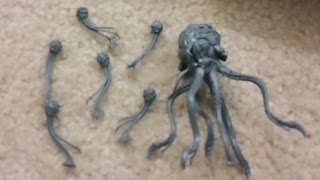 While waiting for the greenstuff to set I decided to build up the spores.  I used on of the base tentacle so that the mucolid will attach to the base then I used the side tentacles to fill in the rest of the spots.  I think the over all effect works. 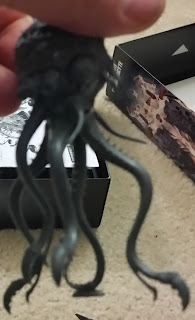 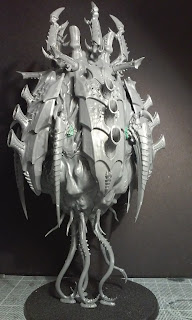 I will continue to work on this guy. While the kit is huge.  It is not as big as I had first thought.  I plan on just using the deathspitters on the top and just let my opponent know if it is something else.  I really don't think I want to use a BS2 blast that has to target the nearest enemy.  It is just begging for a bad scatter.