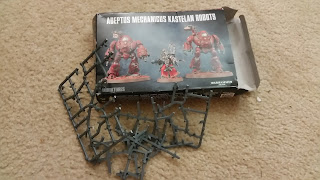 After finishing up my Tyrannocyte I quickly turned to my Kastelan Robots and their Datasmith.
Quite a while ago I ordered some bits from Wargame Exclusive to replace the stock head on my Robots.  While I don't hate the original head I think these are so much cooler. Well, last week the bit came in but the post office wanted a signature. With all the snow my local post office where waits for has been closed.  Hopefully I can get there before they decide to ship it back.

so last night and tonight I took some time to assemble the datasmith that will be escorting my two lumbering robots. 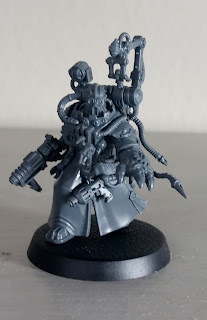 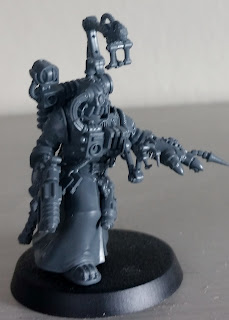 Then I partially assembled the robots. 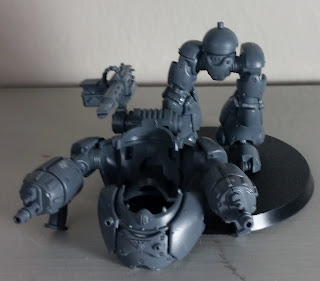 I left the chest open so once I get the head I can just pop it right in there and finish building the model.  I thought about magnetizing the arms, but decided that I will almost always run them with the guns. Why waste the magnets?

I also started a bit of a side project.  I received a tau shoulder bit that I wanted to copy so my old crisis suits can be like the cool kids.  Here was my first try. 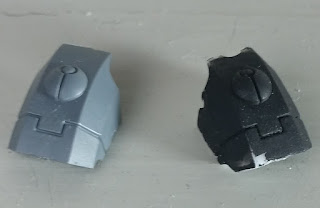 I am going to call that a success.  Now to make like ten more and I will be good. The next test is how it looks on a suit.  I am a bit scared to try that.

Well that is all until I get the heads for the Kastelans, get some new black primer, and get some courage to try out the shoulder pad on a crisis suit. Until then..