Last week I received a package in the mail that had my second riptide.  I was worried that it was a bit shady seeing I got it for half price.  My worries came true.


It looks line it was either a recasting from the original mold with a cheaper plastic or they copied the sprues and made their own sprue from that copy.  Over all the details are crisp and the model went together well.  There were some parts that were too thin for the plastic to make so I had holes.  There were also a few bubbles. So, Quality is not an issue the issue is that is a copy not an original. I will keep this but I will not do this again. 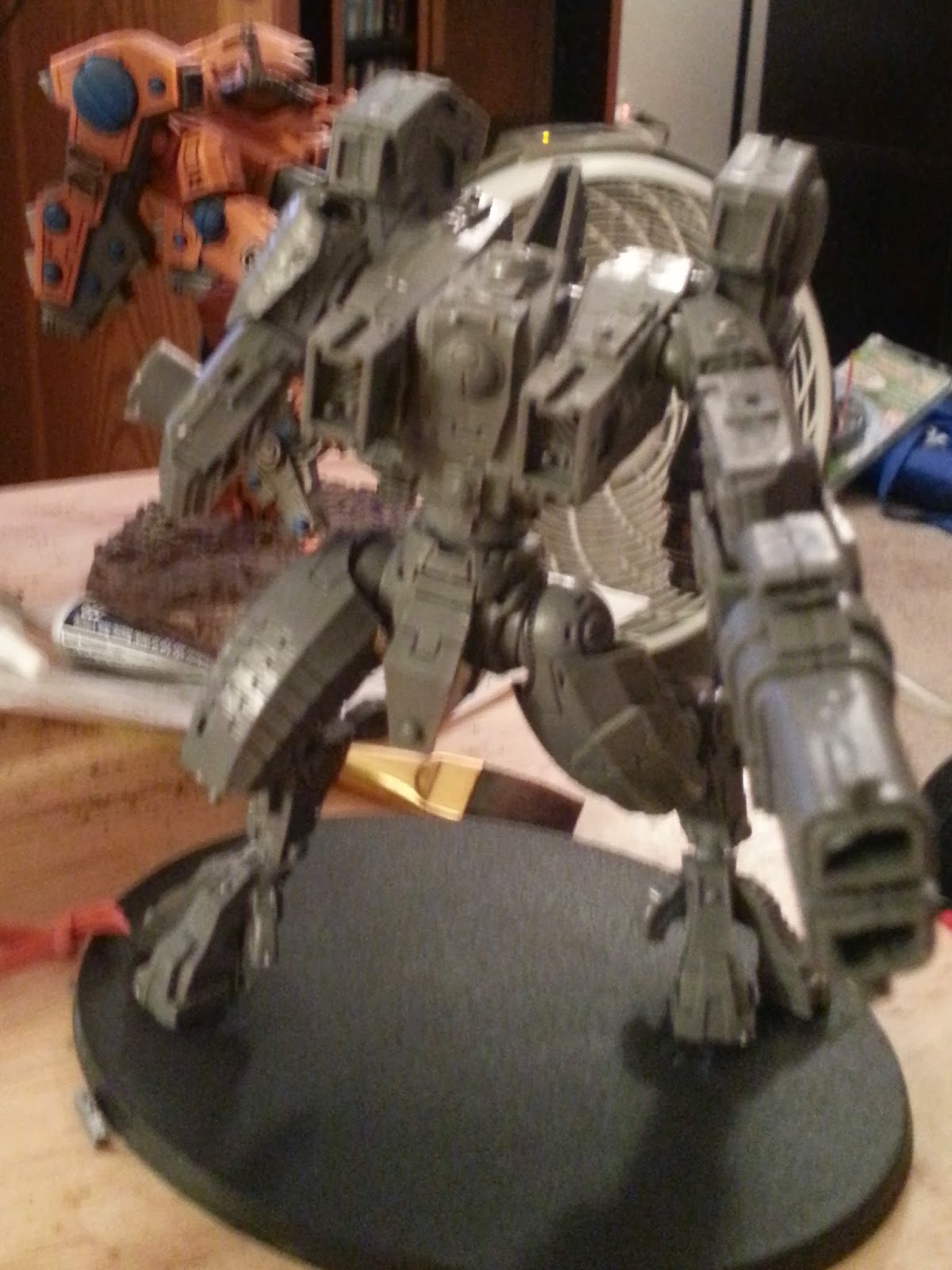 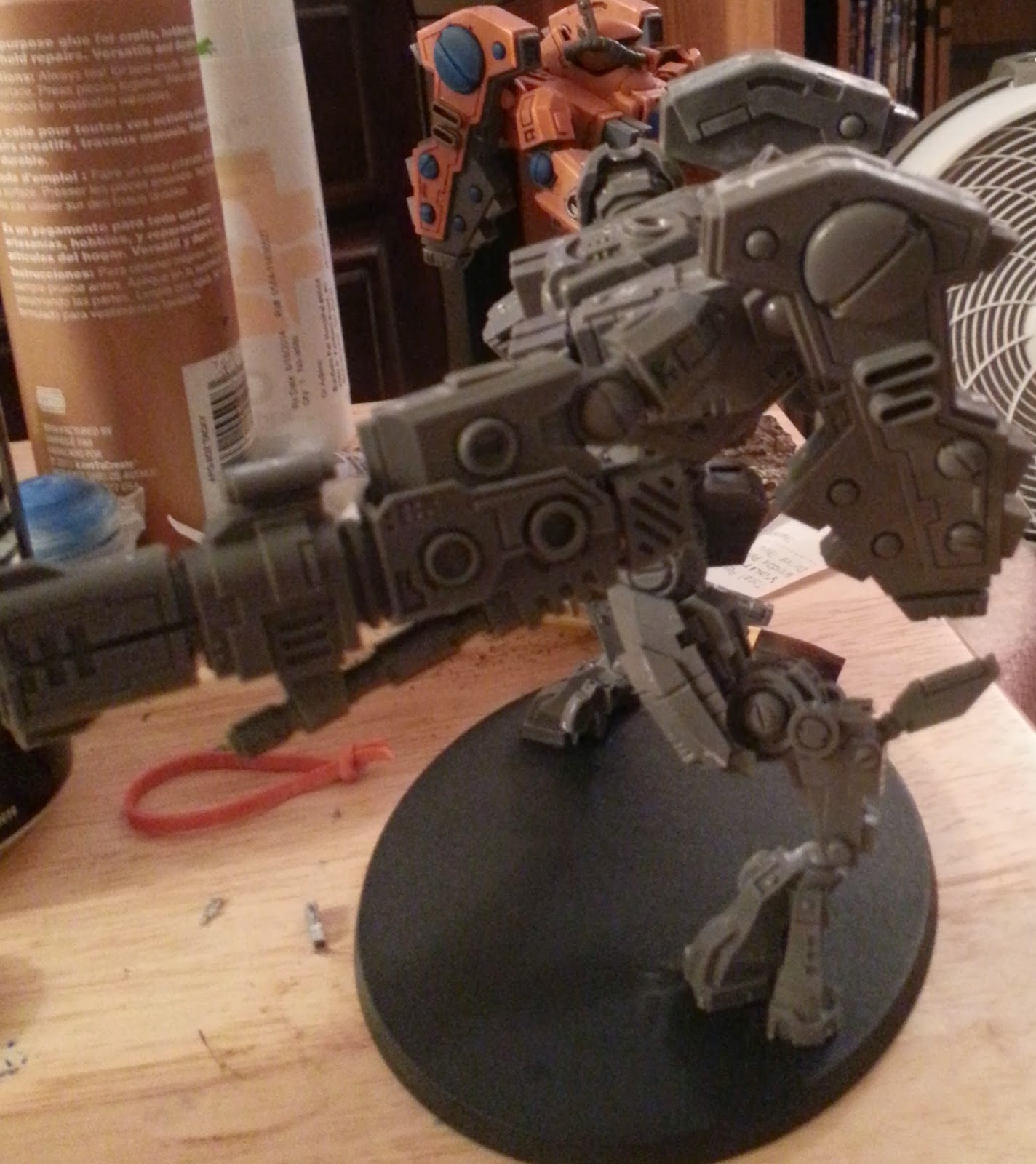 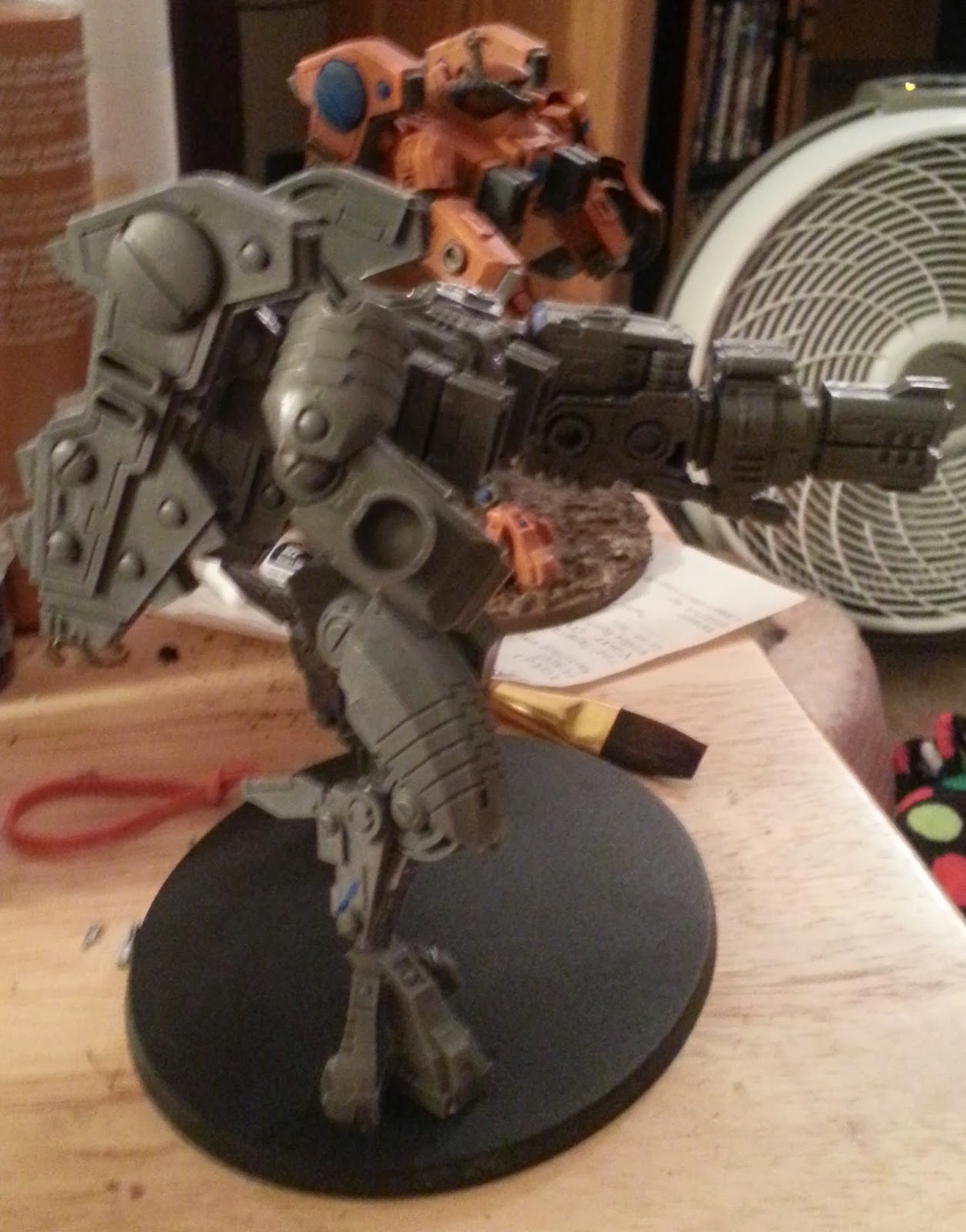 I ordered a Zaku model from amazon so they can have matching heads. As soon as it is in I can finish it up and start painting. It will be nice to have 2 of these guys on the battlefield at one.  Now if I could get a Forgeworld version to complete the set.

Meanwhile my buddy has just started to play pathfinder.  He couldn't fin a prepainted miniature he liked and didn't want to look bad with a poorly painted fig so he asked me to paint him up one.I warned him of my poor painting skills but he insisted that my minis look awesome.  here is the figure I painted up for him 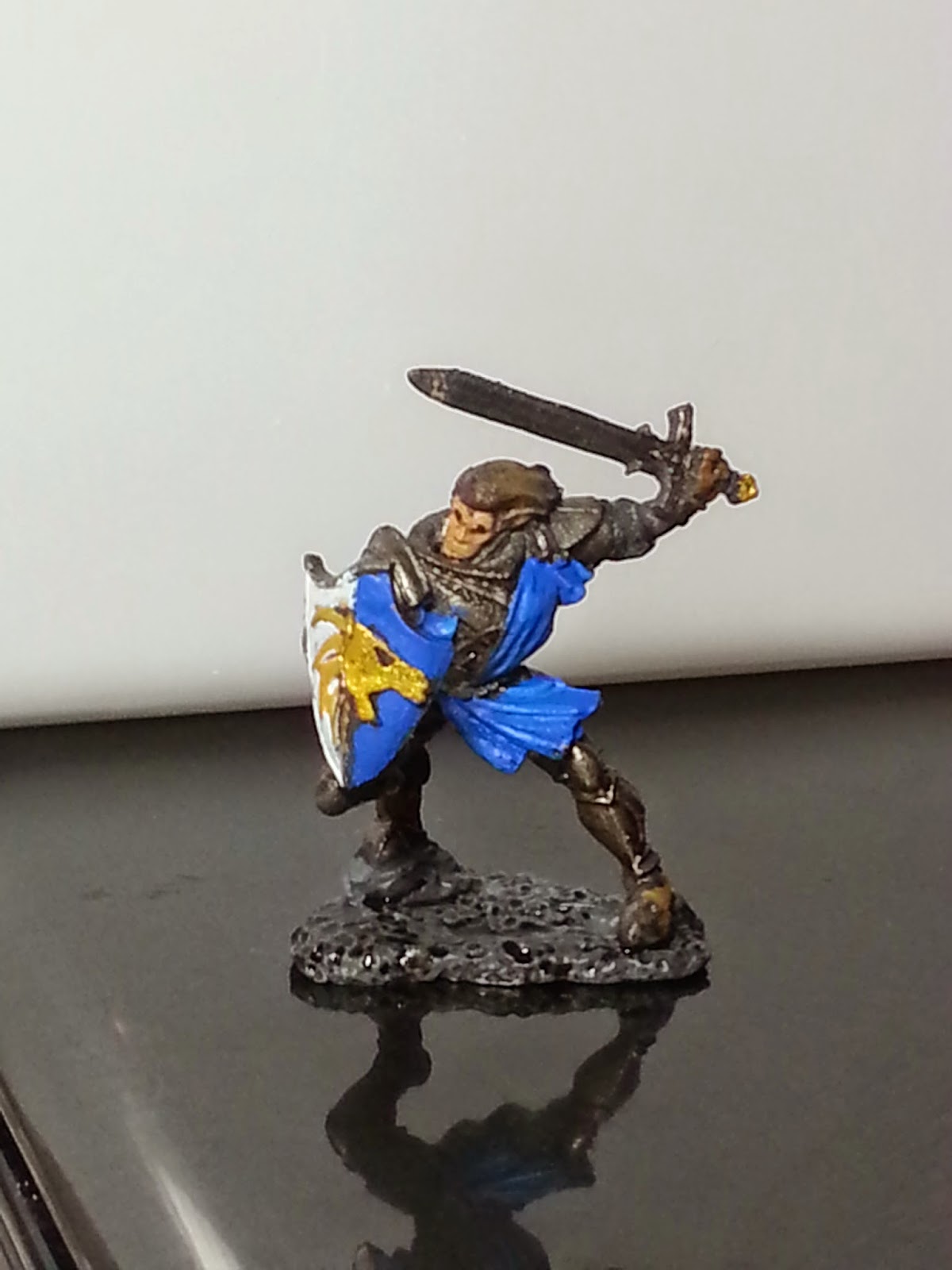 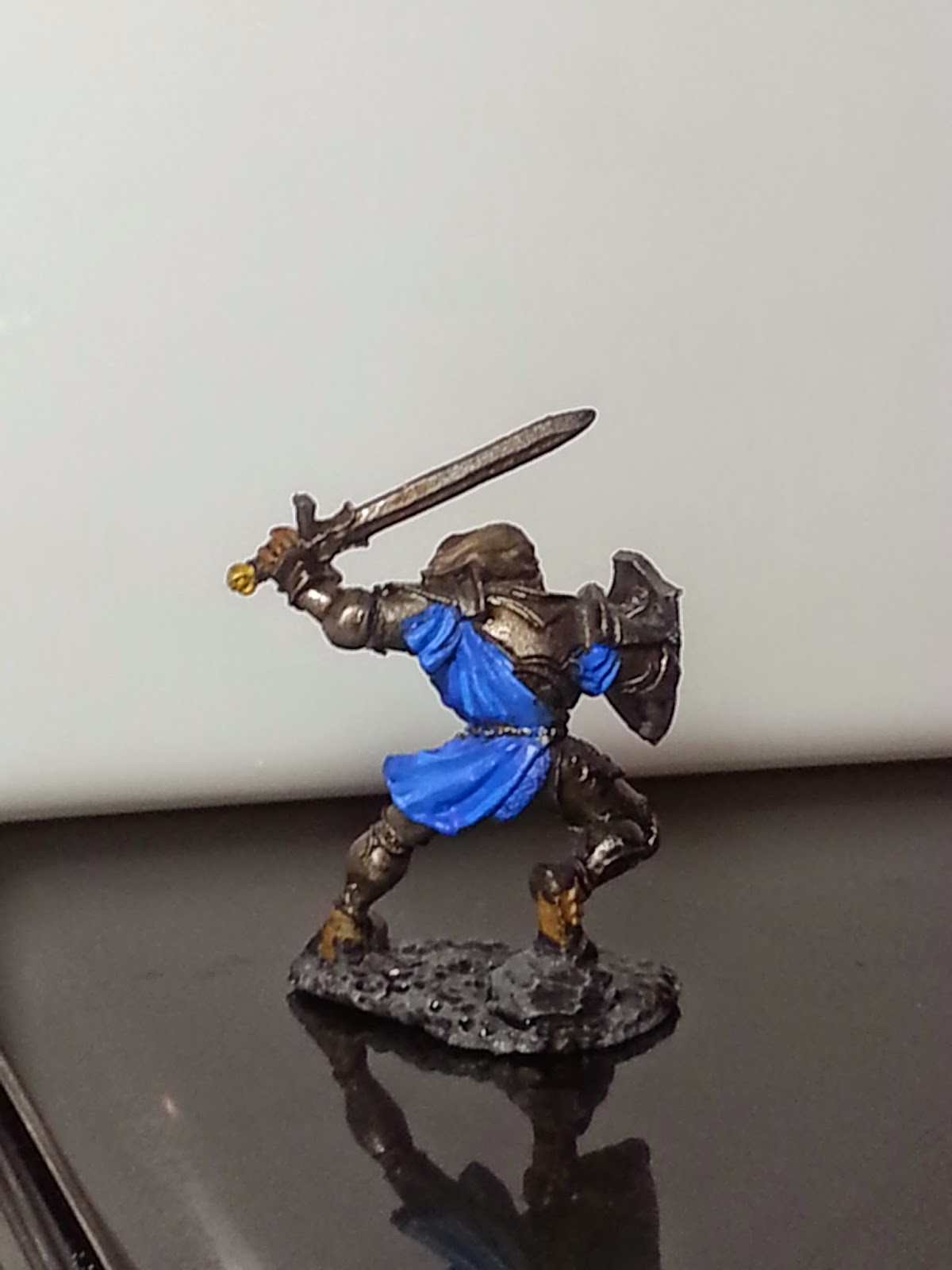 That is all the work I have done this past week.  Saturday I went and played in a 1000 point tournament with my bugs.  I wanted to field 2 exocrines and the harpy.  I did about as well as expected.   I went 1-2.  We played malestrom of war missions.  My second game was a 10-9 loss with a 3 point swing on the last turn.  I blame my other loss on the cards not being with me.  I didn't get enough hold objectives cards they were mostly hold all objectives or line breaker. It is hard to do that with a necron castle.
Over all I had a good time.  I fear the grav gun more now.  I am thinking of a space marine allied detachment for my tau and guard.  Bikes with guns and maybe some centurions or assault Terminators. I know I say this but I doubt it will ever happen.  I am such a purist.

Have a good short week and I will see you when I have more to report. until then...