I was looking at some of my favorite third party modellers and noticed that they are now making ork boys.  While I always love me some orks and you can never have enough boys, I think I am going to pass on all these new boys.

Puppetswar have a 10 man squad and a 30 man squad.


The sculpting looks great as usual.  They have a lot of character and would fit in as some boys or 'ard boys.  Kromlech also has a 10 man squad and a 30 man squad. They also would add a lot  to army. 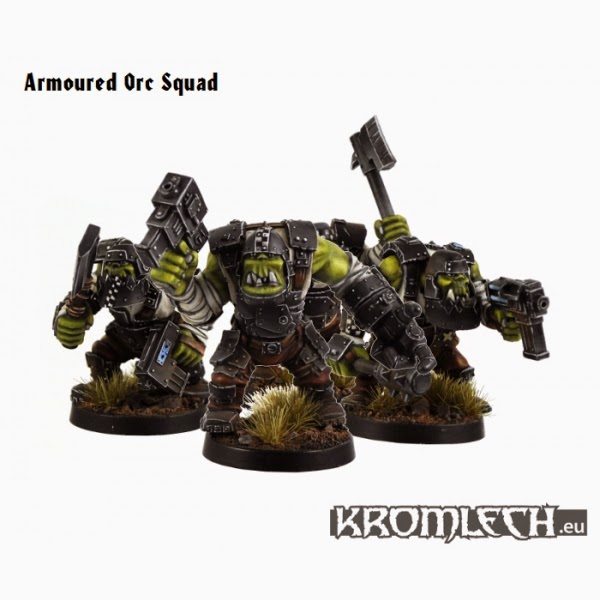 They both have 2 problems.

A. only come in choppa/slugga configuration.
B. Price

Right now most people go for the shoota boys. Neither of the companies have a base model with a shoota option. Kromlech does have more bits to buy if you want. They sell some arms and guns for an extra charge.  At least it is there.

Both companies have a high cost for their squads.  Both are over 50 for a squad of ten and both give you a discount if you buy 30. Looking at these though really turned me off.  I usually only pay equal or lower than GW's price.  I need to keep within my budget. I am a bit of a penny pincher.

Both companies have some great looking boys but in the end since I already have around 150 boys I think I will pass on these.  If they were priced like GW's I would be tempted but right now there are still a ton of Assault on Black Reach ork boys floating around. If I wanted to add more boys, I could get them and then  get some gun holding arms and guns to build them (still cheaper than buying the straight kit) or be lazy and spend $30 without shipping for the actual kit.

I hope they keep up the good work.  I have used both of these companies in the past and I know I will use them again in the future.